Wednesday 3 August was the final day of weightlifting in the Birmingham 2022 Commonwealth Games. The day was an immense showcase of talent which saw four more home nation athletes take to the platform. Emily Campbell put on an amazing performance, out lifting her silver medal winning Olympic lifts from Tokyo 2020. 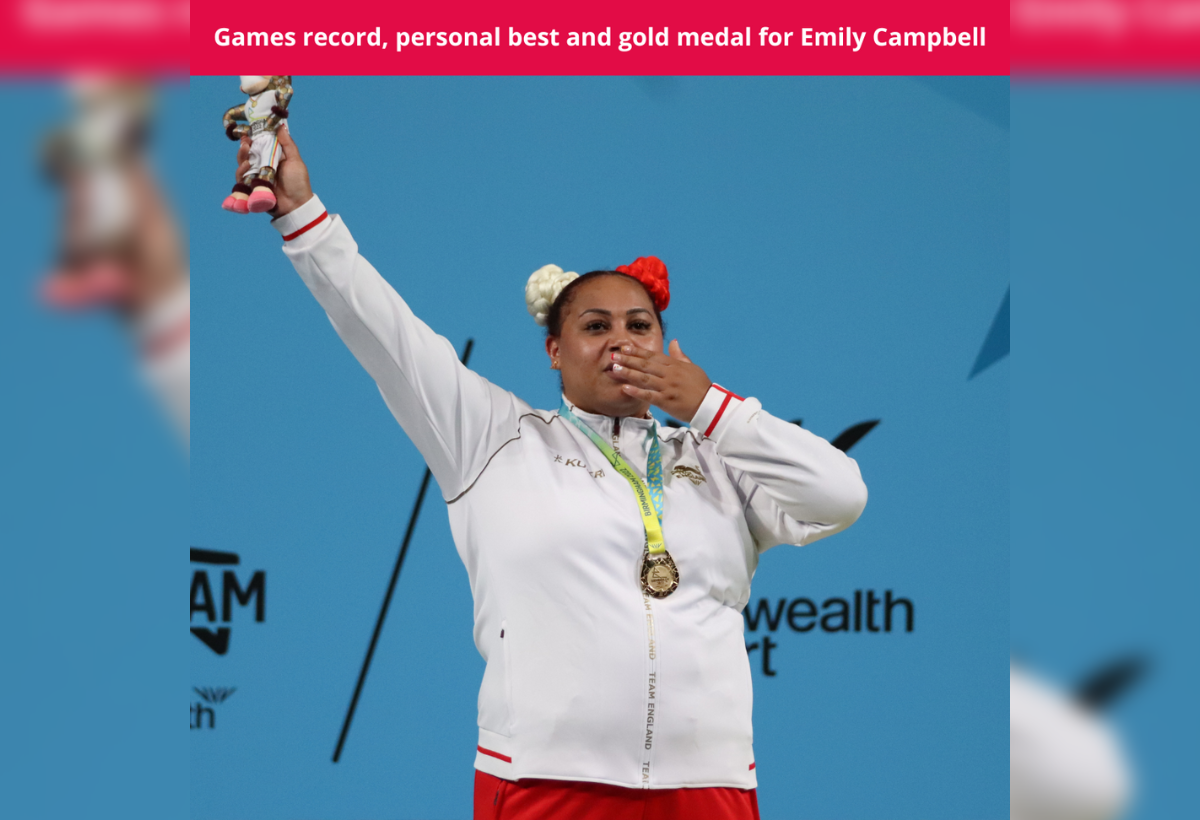 Jordan has a tense start to the competition, missing a 146kg snatch twice. He came out to a roaring crowd for his last chance to stay in the competition, and with 146kg on the bar, Jordan recomposed, gave his all and made the lift.

Jordan opened his clean and jerk at 182kg, but just missed out on the clean. After refocussing, Jordan came out to the same weight, and after a difficult clean, nailed the jerk for a good lift. Jordan took his final attempt at 190kg and unfortunately missed out on making the clean.

This gave Jordan a total of 328kg, putting him in seventh place. Well done Jordan!

Andy had a confident snatch opener at 151kg. The bar jumped to 155kg- 1kg under Andy’s personal best, for his second attempt. Andy made this look equally as easy as his first attempt. For his third attempt, Andy had a go at a personal best of 158kg. After a minor wobble in the receive he had to steady himself, but he pushed through and secured the lift.

Andy opened his clean and jerk at 180kg for a good lift. He jumped 7kg to succeed on his second attempt. For his final lift, Andy cleaned 193kg, and just missed out on securing the jerk.

Next up was the women’s 87+kg, where we had Emily Campbell representing England.

Before the athlete presentation, the crowd were treated to a song from the ‘Precious Emily’ play by a group of local school children. You can read more about the Precious Emily play here.

After their tribute, four time Commonwealth medallist, Precious McKenzie was welcomed to the stage.

At this point, the crowd was revved up and ready to welcome England’s flag bearer Emily to the stage.

Emily went 3 for 3 in the snatches, opening at a massive 117kg, making an even snappier 121kg, and finishing on an incredible 124kg.

Emily entered the clean and jerk with a 3kg lead on her main competitor Feagaiga Stowers from Samoa.

The coaches selected 152kg for Emily’s opening clean and jerk, which she made with ease.

5kg was added to the bar for a lovely 157kg second attempt.

The crowd waited with bated breath for Emily’s last attempt. As she came out onto the platform, they went wild.

The bar sat 162kg for a personal best attempt from the Olympian. Emily got in the zone at the back of the platform and started the lift with 20 seconds on the clock.

Emily made the clean, and the room went silent as we waited to see the jerk. Emily completed the lift, gaining a good lift.

This gave Emily a sensational 286kg total, a new personal best, a new Games record, 6 out of 6 good lifts, and most importantly, a gold medal for England.

We asked Emily about her medal winning performance “I’m elated. I really, really trained hard in the lead up to this competition. I gave it everything. It was a real meticulous plan that me and coach had and it came right and to get PB’s across the board. It wasn’t easy for me, the Samoan girl really made me work for it and I love that, I love it being a competition, that’s sport and I’m really happy with the performance that I put out today.”

The final weightlifting session of the Commonwealth Games was the men’s 109+kg session with Gordon Shaw representing England.

Gordon came out to the roar of the crowd and confidently made his first and second snatches of 161kg and 167kg with ease. He went for a final snatch of 173kg but unfortunately failed to make the lift.

Gordon came out to successfully lift 195kg in the clean and jerk. Gordon jumped 8kg for his second attempt but failed to make the clean.

He came out for a third and final time at the same weight of 203kg but unfortunately failed to make the clean again.

This gave Gordon a total of 362kg, putting him fifth place.

We asked Gordon about his performance as he stepped off the platform, “I’m a little bit disappointed, left a few kilos out there, but I gave it my all, the crowd were just incredible and hopefully I can come back again.”

Tune in tomorrow from 3pm to watch our Para Powerlifters compete for Commonwealth Games titles!