As part of the lead up to the Commonwealth Games and as part of Birmingham 2022 Festival, a touring theatre company Stan’s Café, based in Birmingham, has been commissioned to make 11 shows about weightlifting which approx. 540 primary school students will watch.

The play, Precious Emily, is about lifting up heavy things and is inspired by two very strong British weightlifters: Precious Mackenzie and Emily Campbell. 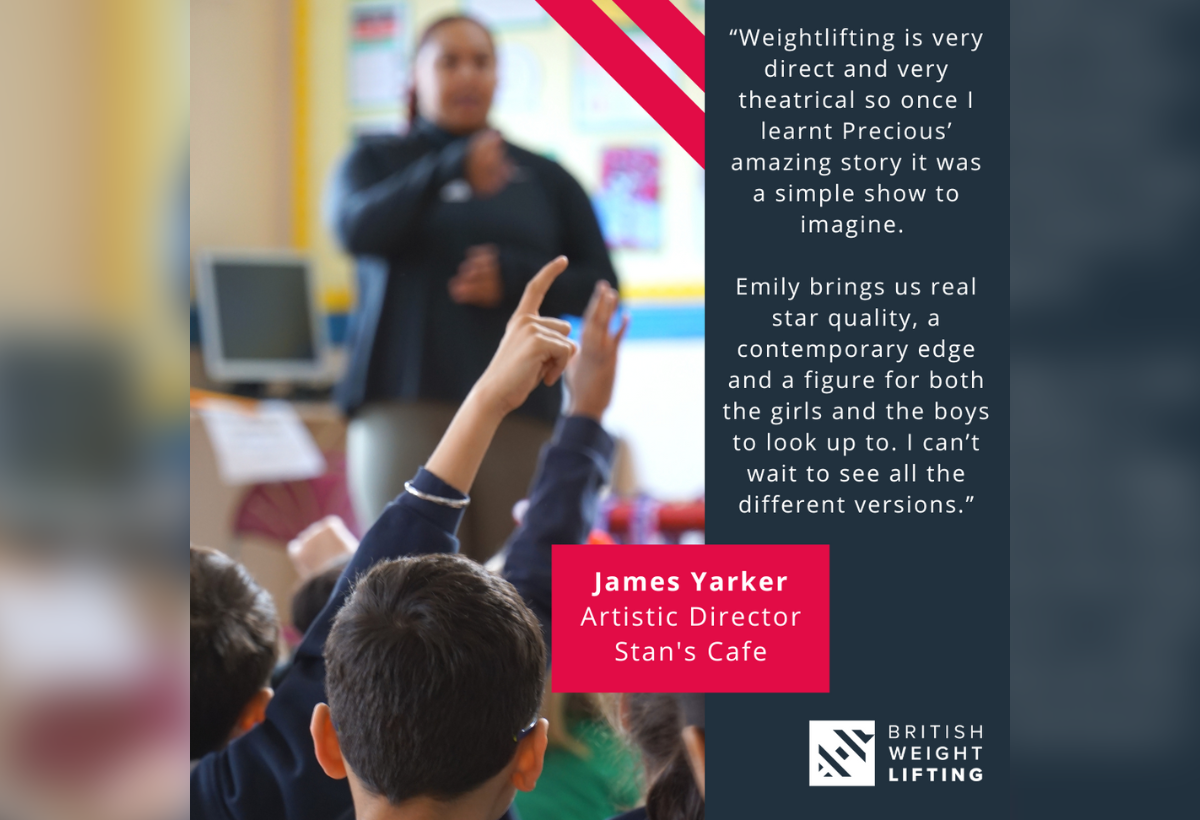 Born in Durban, South Africa, in 1936 McKenzie left the country after they refused to pick him for the Empire Games and Olympics because of the country's apartheid policy.

He was once famously photographed holding Muhammed Ali on his shoulders. Legend has it that the Queen and Duke of Edinburgh were late for an official engagement at the 1974 Commonwealth Games in Christchurch because she wanted to watch Precious McKenzie win his third consecutive gold medal in weightlifting.

The inspirational and charismatic Emily Campbell was born in Nottingham in 1994, and has had a stellar rise through the ranks in recent years after switching sport from Athletics.

Campbell won her first English Senior Championship in January 2017 competing in Milton Keynes. She would then go on to retain the title in 2018, 2019 and 2021 and has also enjoyed similar success at British level with a maiden title triumph in 2017 at the Ricoh Arena, in Coventry, followed by two more consecutive wins in the years that followed.

In 2018 Campbell won bronze for Team England at the Commonwealth Games at the Gold Coast.

Emily Campbell also became the first British woman in history to medal in weightlifting at the Olympic Games by clinching silver in the women’s 87kg+ session which saw British and Commonwealth records broken.

She is only the sixth person in British Weight Lifting history to stand on the podium at the Olympic Games and the first since David Mercer in 1984, in an amazing display of strength and determination that inspired the nation.

Between now and the start of the Commonwealth Games Stan’s Cafe are making ELEVEN different versions of this show, with ten partner schools

Every school will be giving a public performance of their Precious Emily in a venue close to their school. Then, on 14 July, Stan’s Cafe will bring together a scene from each production and combine them in a Gala Performance.

What a fantastic way to celebrate Precious McKenzie’s career and Emily’s most recent success!