Tbilisi World Cup Day 3: Sugden wins gold to round off a successful week for GB

Louise Sugden won gold for Great Britain in the women’s up to 86kg category at the World Para Powerlifting Tbilisi 2021 World Cup to strengthen her position in the Tokyo 2020 Rankings. 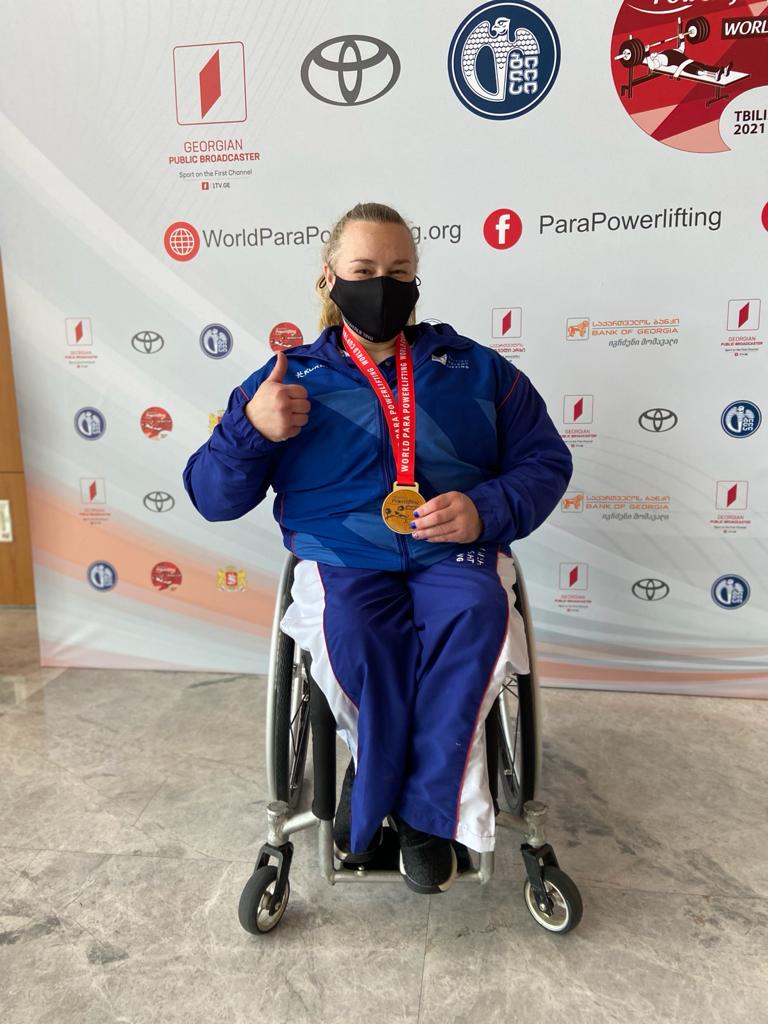 A strong performance from the 2018 Commonwealth Medallist saw her produce a best lift of 125kg to win the competition.

Silver went to Alina Kumeyko of Ukraine who lifted 103kg while Bronze went to Leyla Karimova of Azerbaijan who finished on 53kg.

She then had the bar loaded to 125kg for her second lift which was to secure her the gold medal.

For the third and final lift 130kg was loaded to the bar to attempt a personal best, however this was also given a no lift.

Last time out Sugden broke her own British benchmark with a lift of 128kg in Manchester to win Silver. That result meant the European Champion went into this event occupying 4th place in the Tokyo Rankings.

Top 8 is required for a place on the plane to Tokyo. At the start of today Sugden was 1kg ahead of 5th place Tharwh Tayseer Hamdan Alhajaj of Jordan and 3kg behind Egypt’s Amany Ali in third.

Neither of her closest two rivals were competing in this category in Georgia. Today’s results means that Louise remains in 4th place.

You can re-live all the action with full sessions available on the Official Paralympics YouTube Channel or view results after the event on the World Para Powerlifting website .