Day two of the weightlifting at the Commonwealth Games did not disappoint, with multiple Commonwealth records broken and a silver medal for Jess Gordon-Brown in the women’s 59kg category. 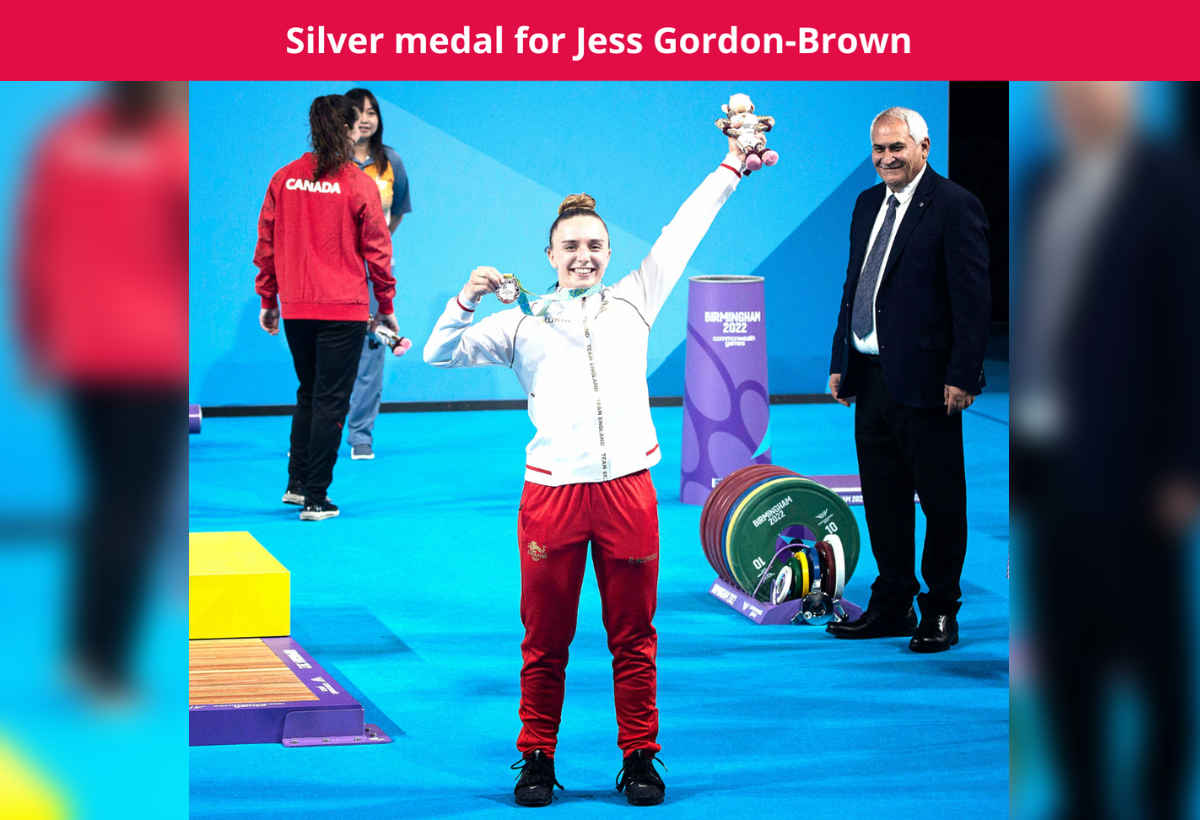 Jaswant Shergill was first to take to the platform in the men’s 67kg category representing England.

Jaswant made his opening snatch at 110kg and added 4kg for his second attempt. The 114kg snatch saw the crowd astounded as he fought with everything he had to keep the barbell secured overhead.

Unfortunately, he missed out on his last snatch at 117kg.

Jaswant made his first and second clean and jerks at 140kg and 146kg respectively but missed out on his last lift of 150kg.

This put Jaswant in fourth place with a huge 260kg total.

Following his performance, Jaswant said “It was 8 years ago since my last commonwealth games, and also 8 years since my last international. It was electrifying when I came out, yeah it was absolutely monumental to have that love and support from people. If it’s over my head I just won’t let go. Like, if my arm has to go with it, so be it. If I lock it out, I am just not letting go”

The second session of the day saw Jess Gordon-Brown for England and Hannah Crymble for Northern Ireland take to the platform.

Hannah Crymble missed her opening snatch at 83kg but recomposed and made this weight on her second attempt. She added 2kg to the bar for a third missed attempt.

Hannah missed two attempts at 102kg in the clean and jerk. 1kg was added to the bar and Hannah focussed and dug deep to make her final lift.

This gave Hannah a fantastic total of 186kg, putting her in sixth place.

Jess Gordon-Brown secured her opening snatch at 86kg. 3kg was added to the bar but unfortunately Jess missed this weight on her second and third attempt.

Jess more than made up for these misses in her clean and jerk, where she went three for three.

Jess opened at 107kg, made 109kg on her second attempt and after a difficult clean, nailed the jerk on her final 111kg attempt.

This gave Jess a huge 197kg total, putting her in second place and securing a silver for England.

Stepping off the platform Jess said “The roar of the crowd and just knowing everyone I have trained with at the prep camp and prior to the prep camp, I think, having a really close-knit weightlifting group or team is really important because it helps with morale. I know if I need to pull it out the bag, I can pull it out the bag. Sorry for the absolute horrible face on the last clean and jerk, but I was not letting that thing go”.

Jack had a shaky start to the competition, missing his 131kg snatch twice. He came out on his third and final snatch attempt of 131kg and got three white lights after an incredible fight.

Jack opened his clean and jerk at 156kg and after an easy clean, got called for a press out in the jerk. An appeal card was raised by the coaches, but the attempt was confirmed as a no lift.

Jack then came out to reattempt the weight and made light work of the attempt.

8kg was added to the bar for a final attempt of 164kg, which after a fight with the clean, was missed out on the jerk.

This gave Jack a huge 287kg total, putting him in sixth place.

Mikey made light work of his opening snatch at 128kg. He then went on to attempt 131kg, missing out on this weight twice.

After a tense two-minute wait, Mikey made the lift on his third and final attempt.

This gave him huge 286kg putting him in seventh place.

Congratulations to all the athletes who lifted today.