The 2014 Commonwealth lifter Sarah Davies produced the performance of a lifetime snatching 88kg and lifting a personal best of 121kg in the clean and jerk. Sarah placed 6th overall in her category with a total of 209kg, the best British female finish on a World platform since Michaela Breeze placed 5th in 2002. A perfect end to a successful year for the British Champion. 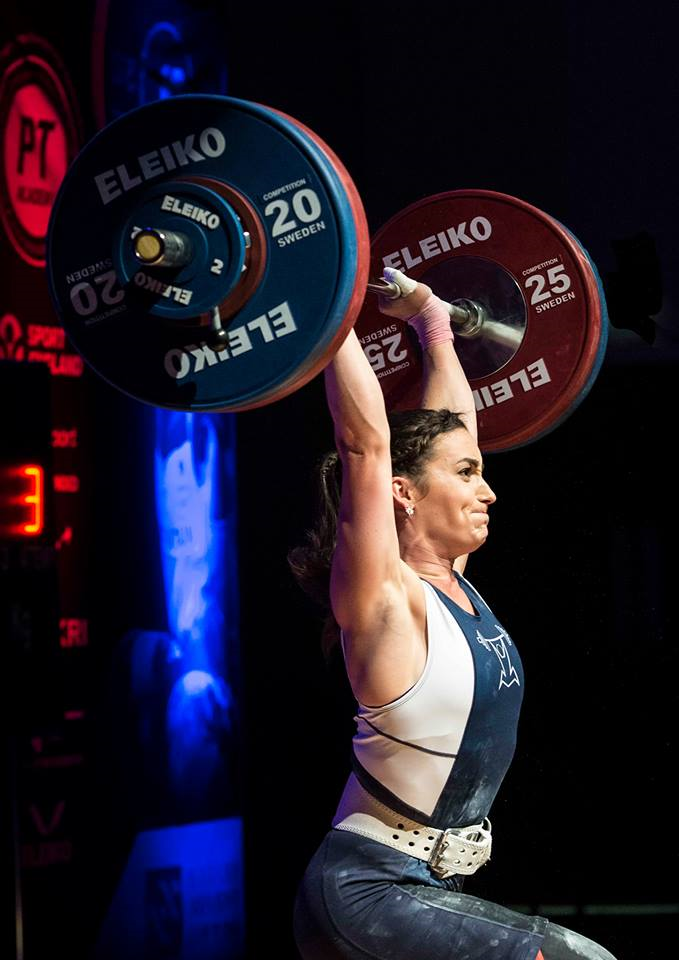 The first up to compete in the Anaheim Championships for Team GB was Fraer Morrow, the current British Champion in the W53kg category. Looking strong, 19-year-old Fraer snatched 69kg and clean and jerked both a personal best and British Record of 94kg, finishing with a PB total of 163kg, a 3kg increase on her total since the European Championships earlier this year. However, Fraer’s record was short lived as only 3 days later, her fellow competitor Amy Williams claimed the British record at the Warley Open back in the UK where she clean and jerked a superb 95kg.

British Junior and Senior champion Laura Hewitt was up next, competing in the W58 category. After a fantastic performance at the European Junior and U23 Championships in October, a confident Hewitt finished the Worlds with a respectable total of 172kg.

Edmon Avetisyan was the first male lifter to take the stage for Great Britain. The British Senior silver medallist snatched a personal best of 151kg and clean and jerked 180kg, ending with a 1kg increase on his total since his performance at the British Junior and U23 Championships in October.

Last but by no means least was Commonwealth Championship gold medallist, Owen Boxall. The M105 lifter snatched an impressive 147kg and clean and jerked 185kg to end his competition with a total of 332kg.

BWL are thrilled to announce the team results and would like to congratulate the lifters for their hard work and  promising results at an international competition! We would also like to thank Dave and Andy for the support and guidance they have given the team throughout the competition.