After a medal winning international career, Great Britain Para Powerlifter Adam Alderman has announced his decision to retire from the sport after 20 years of involvement. British Weight Lifting would like to thank Adam for his years of service and the positive role he has played in our community. 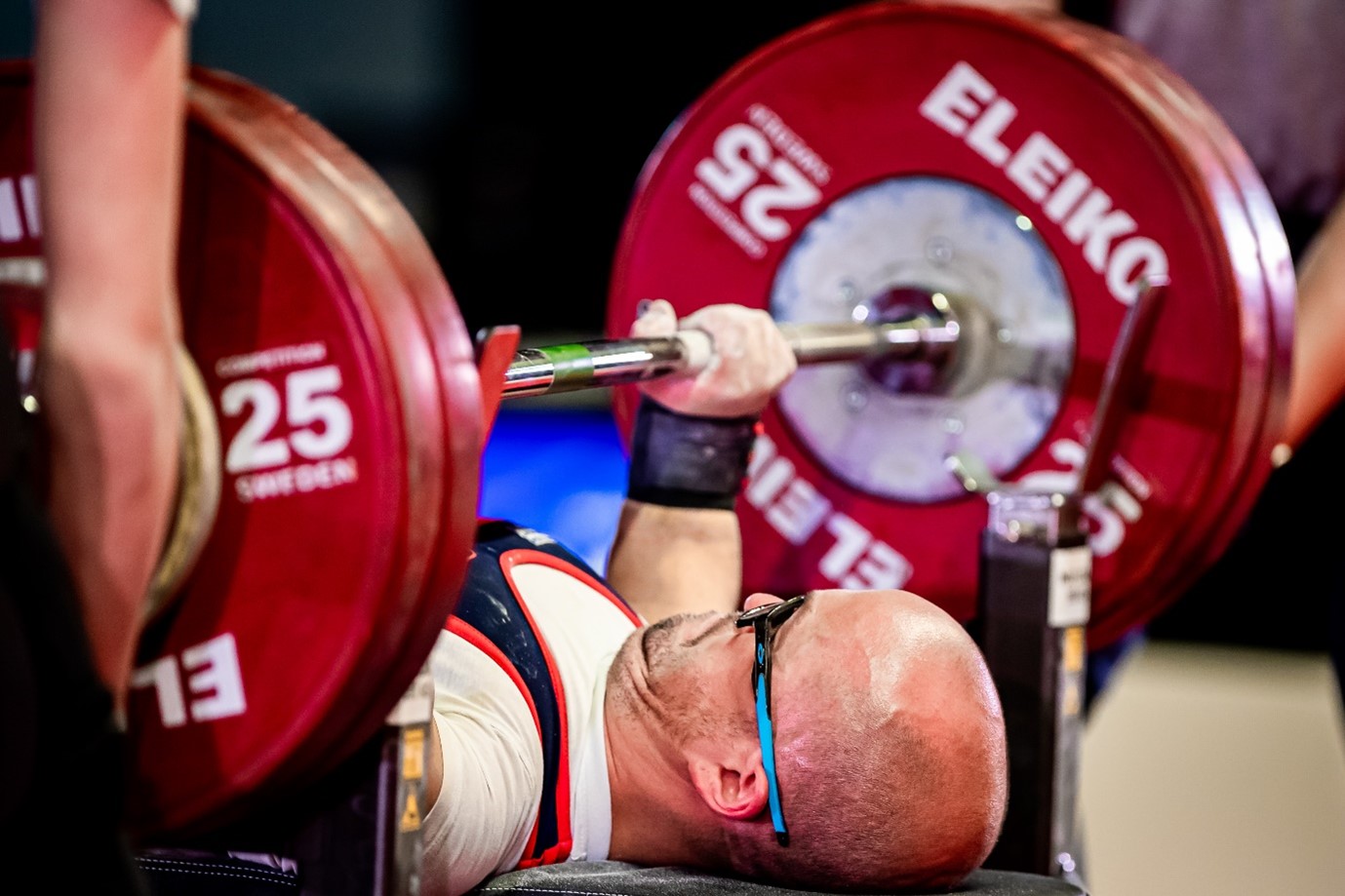 Speaking about the decision Adam said: “The reason I have come to the very recent decision to retire from Para Powerlifting was brought about by British Weight Lifting’s very kind offer to take me to Georgia for the World Championships in November following my Silver medal place in the September Virtual British Championships.

“As you get older, working a full day on your feet and then going off to the gym gets harder. So I decided it would not be the right thing to do to accept a place with Great Britain for the Worlds, knowing, of course, that this decision spelt out the end of my Para Powerlifting career. It was a very hard decision to make.”

Adam began powerlifting at the age of 13 taking part in his competition in 1996 at the Dwarf Sports Association Annual Games in Peterborough.

“Powerlifting was being introduced for the first time so I thought I would give it a go,” said Adam.

“When I heard that the bar itself weighed 20kg I almost had second thoughts about competing. As it turned out I weighed in at 26kg and won Gold with a lift of 32.5kg.

“In 1997, which was the year of the 2nd World Dwarf Games I achieved a Gold with 45kg. There was an American lifter, Joe Griffo, who lifted an amazing 100kg. A weight I thought I would never achieve.”

Yet Adam was able to achieve and surpass that level. He trained under Roy Garner, the powerlifting coach for the BALASA, before joining British Weight Lifting and making his international debut for the Great Britain at a competition in France in 2005.

“One of my early highlights was my junior Bronze medal at the World Championships in Busan, South Korea in 2006” said Adam.

“That really gave me a taste for being on the world stage.”

He lifted 112.5kg in the event and the following year he was selected for the European Championships in Greece and lifted 120kg. Adam managed to lift the same weight in Portugal later in 2007 and again in Taiwan in 2009. 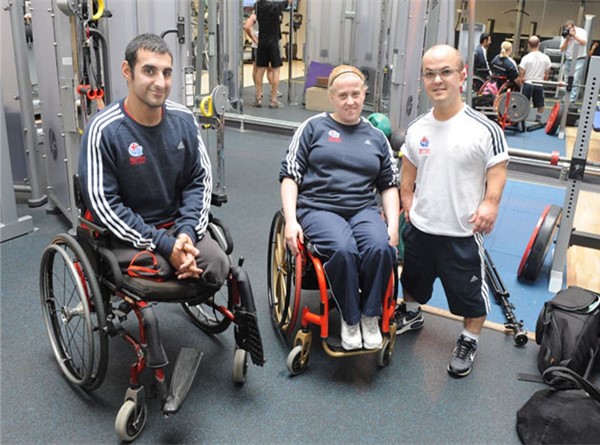 He was offered the chance to compete at the 2010 Commonwealth Games but turned down the opportunity on the advice of his coach due to the risk of Dengue Fever. In 2011 he won Bronze at Khorfakkan International Championships in Dubai lifting 128kg.

“His quality performances have seen him on the podium multiple times and his personality and approach has added energy, comradeship and positivity to many an international adventure. He will be missed but his contribution is incredibly valued and will be remembered.”

Adam was in contention for a place at London 2012, but found himself up against the legendary 7-time Paralympian and former gold medallist Anthony Peddle.

Reflecting on the experience Adam said: “Looking back, I realise that some of my first places were due to the fact that Anthony was either injured or recovering from injury.

“He was one of the British greats. I think the last time I competed with him was in Dubai in 2012. This was a qualifier for the 2012 Paralympics. We were both ranked in the top 10 so either of us could go.

“I had not had a good build up to the competition having fallen off my bike the year before and breaking my wrist ( I’m getting my excuse in first!).

At the competition I managed 140kg, and for a few minutes I was in the frame for the Paralympics. Then Anthony pulled out all the stops and pressed out a 145kg. So it wasn’t to be.”

A shoulder injury almost stopped him from competing at the 2013 European Championships in the Russian Federation, but he recovered in time to lift at the competition and battle back to an impressive fourth place finish with a best lift of 133kg. 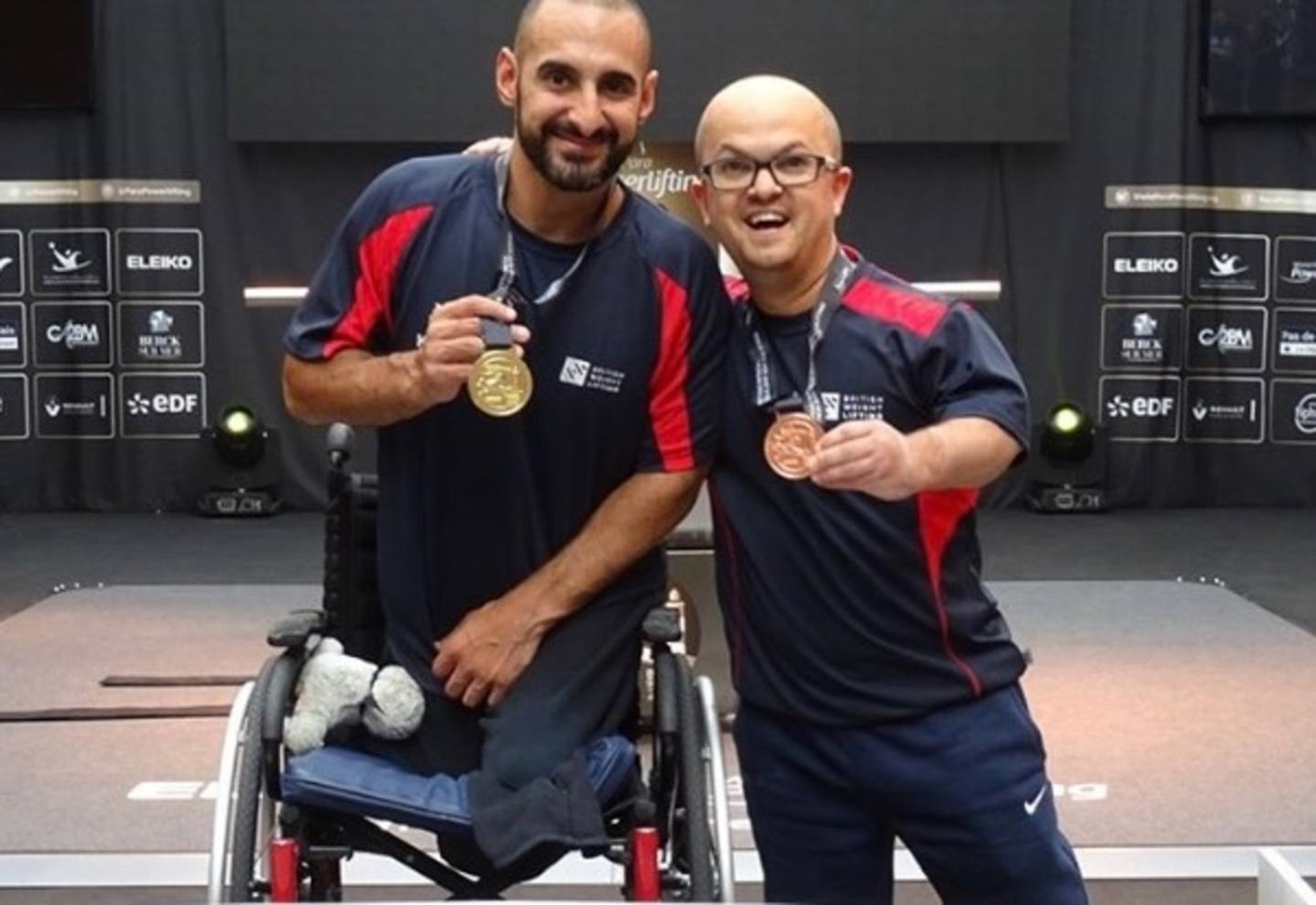 “Another highlight was also, in a way, a low light!,” said Adam.

“The Great Britain team were in Dubai for the 2014 World Championships but then, at classification, nearly all dwarf lifters were disqualified because of a change in the way the elbow lock-out angle was measured.

“At the time this was devastating. Both Zoe (Newson) and I were out of the competition. But then we pulled ourselves together and got up to some outrageous antics, which we videoed, such as Chris Rattenbury losing his wheels and being dumped on the floor in a shopping mall, or Zoe being pushed into the swimming pool while sitting in a wheelchair.

“The American coach was furious at our behaviour!”

After the classification rules were amended Adam bounced back at the 2018 European Championships and won another Bronze medal hitting a career best of 149kg in the Men’s 54kg class to help Great Britain secure a double podium alongside teammate Ali Jawad (pictured above).

Speaking about his teammate Ali said: “I've known Adam since my introduction in the sport. He was my first friend in the team. He was the life and soul of many squads we were apart off, and we always shared at internationals comps with the ultimate laughter.

“He was my number 1 cheerleader and I'll miss him greatly”

In his final international competition Adam won a Silver medal on home soil at the 2020 Manchester World Cup before lockdown. He lifted 140kg in the 49kg class to help Great Britain top the medal table at the end of the event.

“I have made many friends along the way, some are lifters, some are coaches, some just turn up because they love the sport and are helpful in many ways,” said Adam

“I can’t name everyone who has helped, or inspired me, but notable are, Donna Charlton-O’Malley; Jon Amos; my fellow lifter and inspiration Jason Irving; Nicola Vaughan-Ellis; Arun Singh: Dan Collins; Tom Whittaker, and, of course, my dad, Brian, who has been with me all the way and is still training me and spotting at the age of 81!”

Recently Adam lifted an excellent 145kg at the age of 37 to win a Silver medal online at the Virtual British Para Powerlifting Championships, demonstrating his ability and skill to continue to perform and lift competitive weights at the highest level. 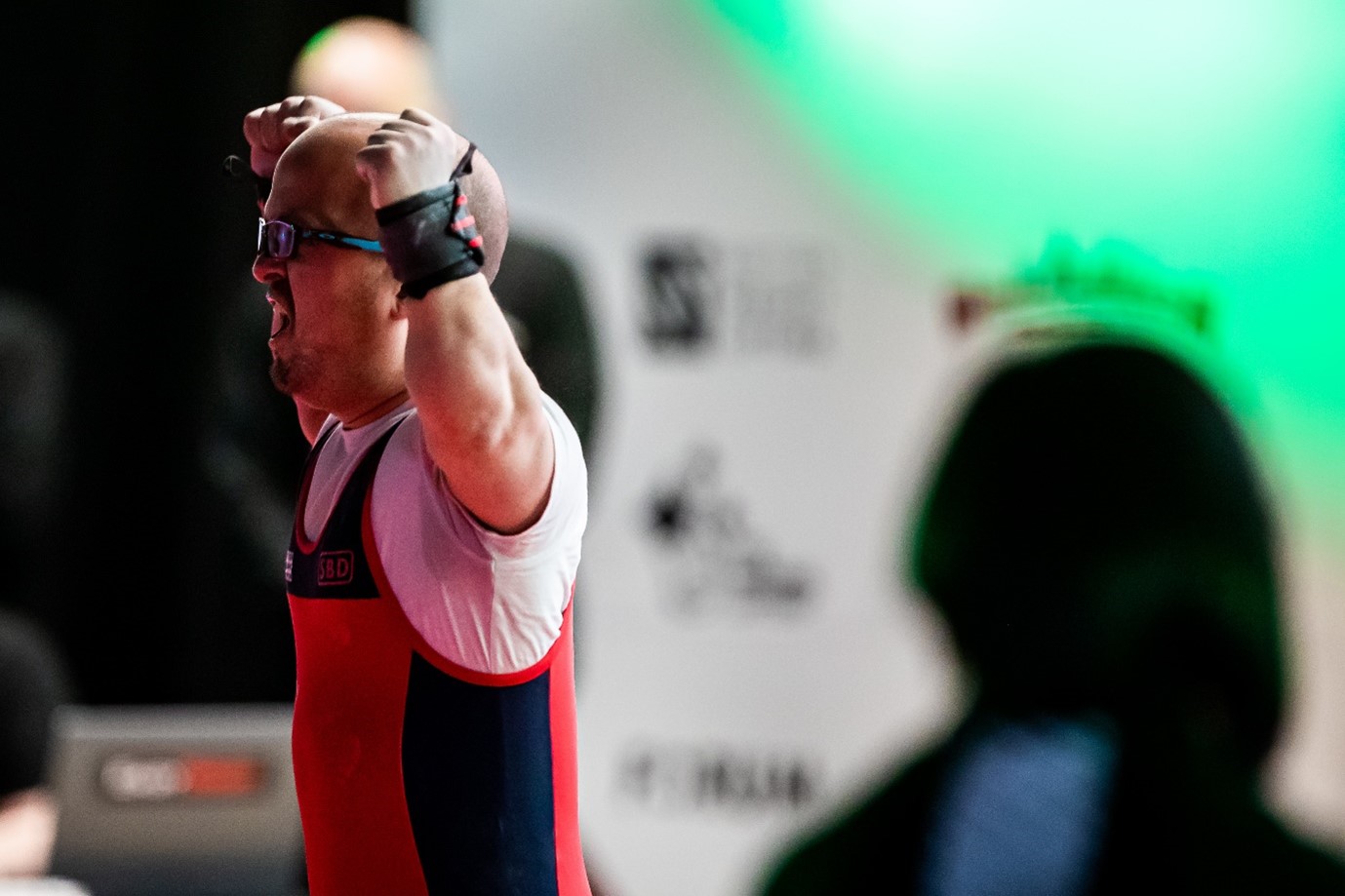 After being offered a place on the Great Britain team for this year’s World Championship in Georgia, Adam made the decision to decline and retire on his own terms due to age and can now enjoy a new chapter of his life.

Over the years Adam has been an impressive and charismatic character on both the domestic and international circuit and British Weight Lifting would like to wish him all the best of luck for the future.

Looking ahead Adam said: “As for the future, I hope to carry on Bench Pressing within IPF as I’m still a reasonably good lifter and I enjoy it.  I shall probably come up against my good mate Ali Jawad again.”

“I have a new house being built which will need time spent getting the garden round; and being married to my lovely wife, Naomi, together with my daughter Rebecca, I have a good family life to enjoy.

“Thank you, British Weight Lifting, for taking me round the world, for investing so much time and confidence in me over many years, and for giving me many wonderful memories.”