Entries are still open for the final round of the BWL Open Series, the competition is taking place across the North, Midlands and South regions in the coming weeks. 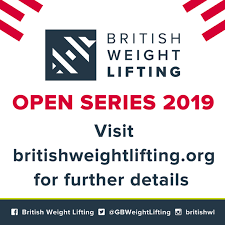 Spectator tickets for title deciding rounds are now on sale below:

The top male and female athlete with the highest combined Sinclair score from each respective series will receive a cash prize of £250, courtesy of BWL.