British Weight Lifting (BWL) has implemented a sanction, determined by an independent Arbitrator, against Sarah Davies after she admitted she had made comments of a discriminatory nature against a fellow athlete. Ms. Davies admitted that she contravened articles 3c, 3d, 3e of the BWL athlete agreement and the BWL athlete code of conduct. The finding was independently adjudicated by an independent arbitrator appointed by Sport Resolutions, who also determined the sanction. 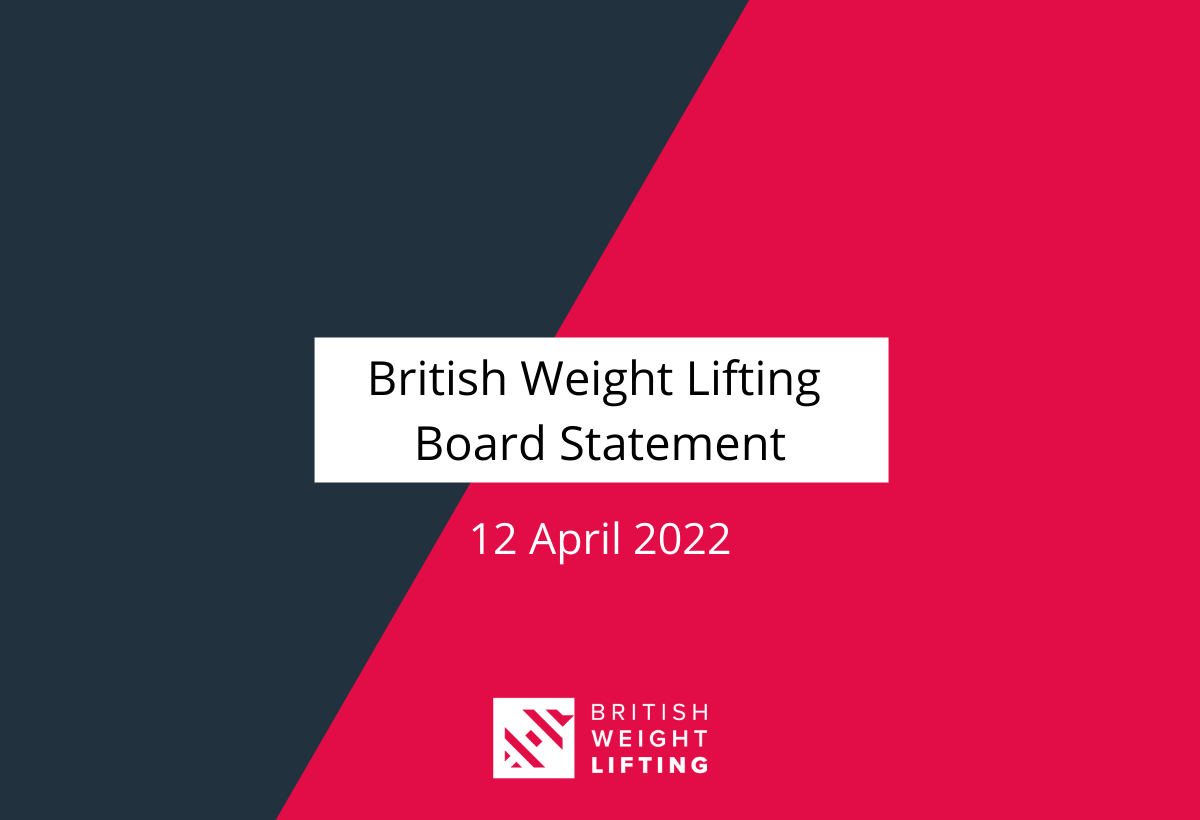 BWL has considered what further implications the findings of the independent Arbitrator have, in terms of BWL’s adherence to its Selection Policies for imminent competitions.

In upholding and respecting the findings of the independent Sport Resolutions Arbitrator, the Board will now follow the European Championships Selection Policy.  Ms. Davies is therefore deselected from representing Great Britain & England for a period of three (3) months, which includes the 2022 European Championships to be held in Tirana, Albania.

While it is acknowledged Ms. Davies has demonstrated genuine remorse for her actions, BWL also calls for Ms. Davies to resign from her role as Chair of the IWF Athletes Commission with immediate effect.

BWL aspires to uphold the highest level of integrity to ensure everyone associated with the organisation is treated fairly, on an equal basis and without any form of discrimination.