The 2021 British Open Series reached the halfway mark with round six concluding at the end of June. This month’s competition was quieter than usual with the Virtual British Championships attracting most of the online attention, however the event still received 15 entries from lifters looking to sharpen their skills, get some practice on the platform and add to their yearly points tally. 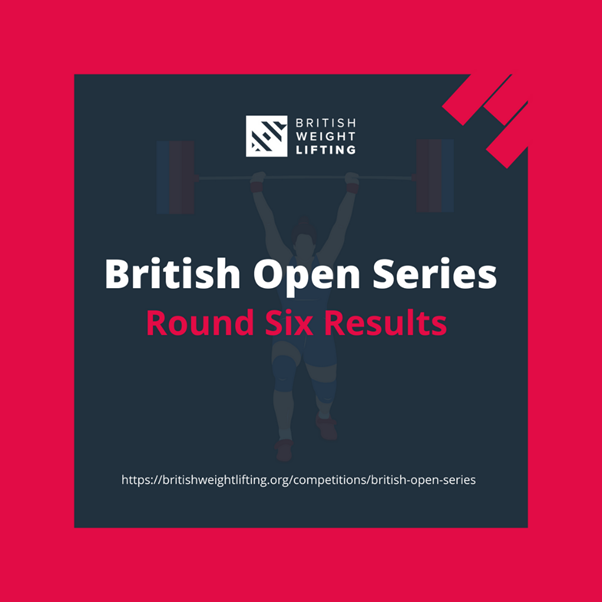 As usual the event was run online via Launchpad with lifters submitting pre-recorded videos which were each adjudicated and certified by three random licensed BWL Technical Officials. Each round is scored on points, which take into account a lifter’s bodyweight to allow comparisons to be drawn across different weight categories.

This month the highest scoring male senior lifter was Oxford Powersports Adam Hemsley who picked up 278.9 points. The overall lead is retained by James Richardson who has an impressive total point tally of 1407.

Mid Ulster’s Michaela McKay was first in the female senior competition in June. Nicola Stiddard holds the overall lead on 689 points ahead of Sarah Wilshire who has a total of 658.

In the male master’s Competition Ramadan Rabeh came out on top in round six, with Jason Abraham retaining his lead in the overall results, being only one of just two to have competed in every event held so far.

There were more strong performances for Mid Ulster in the female master’s event with the club taking the top two spots in June with Maureen McLarnon finishing first on 138 and Rosemary McCann took second place with 134. Those results saw McLarnon move into the overall lead on 293.

The male youth competition saw Joshua Farrant score the most points in June with a good score of 129.7 and he leads the overall results with 380 points.

Ivey Miller won this month’s development competition being only the second lifter to co-lead the way overall with 723 points in total having competed in all six rounds.

Full results and rankings for the British Open Series 6 are available via the links below.

This month’s results mean that 203 unique lifters have now competed in the British Open Series so far throughout the year.

Entries are now open for the seventh event of the 2021 British Open Series. You can find out more information on how to compete here