Round Five of the British Open Series went from strength to strength with May attracting a total of 67 entries. 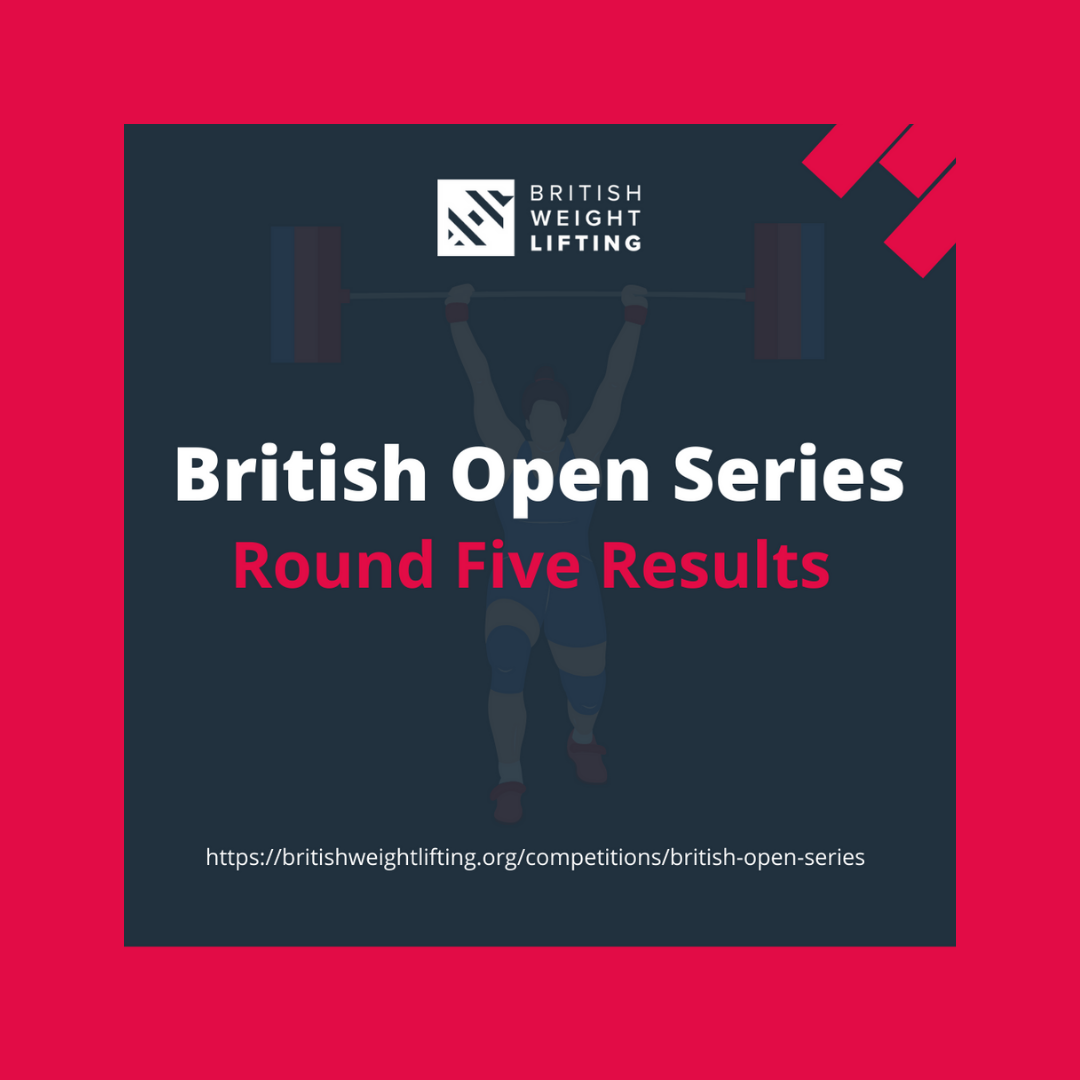 The event was run online via Launchpad with lifters submitting pre-recorded videos which were adjudicated and certified by three licensed BWL Technical Officials. Each round is scored on points which take into account a lifter’s bodyweight to allow comparisons to be drawn across different weight categories.

This month the highest scoring Male Senior lifter was Ryan Sweetman who scored 348 points ahead of Oliver Cahill on 246. James Richardson holds a commanding lead in the overall rankings having competed in every round so far. He currently has a points tally of 1407.

The Female Senior competition saw Laura Hollobon take top spot in May for Woking Wlc with 241.004 points. Emma Meek was second with 237 for 3 white lights while third place went to Sarah Wiltshire on 232.591. Nicola Stiddard holds the overall lead on 689 points ahead of Wilshire who has a total of 658.

In the Male Master’s Competition Mihai Bagutiu was the highest scoring lifter with 310 points ahead of Ian Coupling who scored 306 points.  Jason Abraham continues to occupy the top of the table in the overall competition with 1099.56 points. In the Female Master’s event Elaine Simms came first in May with 176 points. Val Craft retains the overall points lead with a score of 263.

The Male Youth competition saw Joshua Farrant score the most points in May. He picked up a tally of 134 ahead of Adam Whitehead on 126.  Harrison Deeley sits top of the overall table on 254. Bella Brown was the best Female Youth lifter this month scoring 215 points while Jasmine Kinsman holds the overall lead with 413 points.

Full results and rankings for the British Open Series 5 are available via the links below.

Entries are now open for the sixth event of the 2021 British Open Series. You can find out more information here