Welsh amateur weightlifter and coach, Matthew Richardson, has been banned from all sport for four years following a first Anti-Doping Rule Violation (ADRV) for the Attempted Use and Possession of several Prohibited Substances. 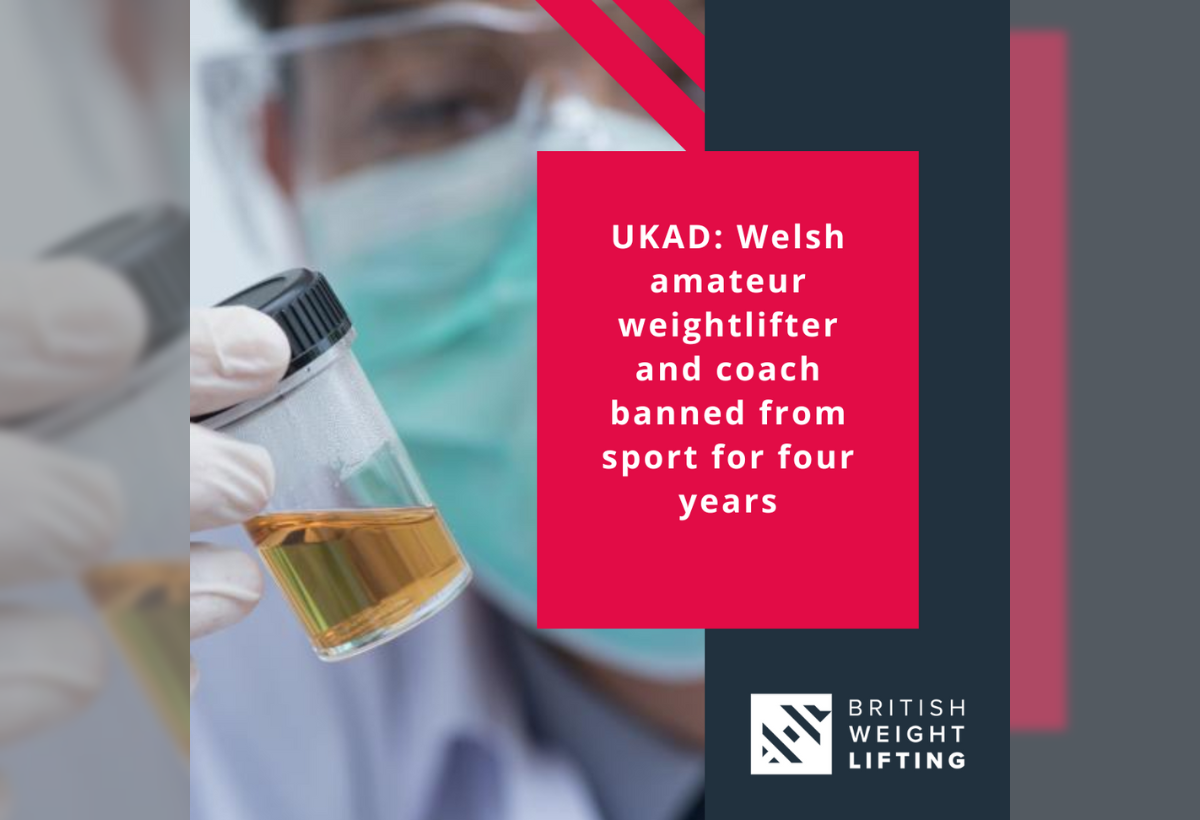 In September 2019, UKAD received information concerning the supply of Prohibited Substances to a number of individuals. Mr Richardson was identified as a potential purchaser of several Prohibited Substances, namely tamoxifen, mesterolone, human chorionic gonadotropin and clomifene.

UKAD charged Mr Richardson on 22 February 2022 with violating ADR Articles 2.2 and 2.6 and, following his admission to the charges, issued him with a four-year ban from all sport. In light of his prompt admission to the ADRVs, Mr Richardson’s ban is deemed to have commenced on 18 August 2020, and his ban will end at midnight on 17 August 2024.

UKAD Director of Operations, Pat Myhill, said: “Our Intelligence and Investigations Team work closely with informants and police forces to catch those supplying and purchasing Prohibited Substances. This is an important area of our work that helps us to disrupt doping activity and protect the integrity of sport.

“No matter what level of sport you are involved in, doping will not be tolerated. We encourage anyone with information about potential doping in sport to come forward in confidence via our Protect Your Sport initiative.”

To report any suspicions of doping in sport, search Protect Your Sport online and share your concerns in confidence with UKAD via a variety of platforms.

Matthew Curtain, British Weightlifting CEO, said: “This sanction serves as a clear warning to all athletes, both funded and non-funded, of the importance of adhering to all anti-doping rules to ensure complete compliance. British Weightlifting will continue to work closely with UKAD in the fight against doping and to promote and provide a clean sport for all.”