41 athletes from across the country battled it out in the BWL Virtual Winter Open at the end of last year. The event provided one last opportunity for athletes looking to make their mark on the 2020 ranking lists as well as providing a platform for qualification to future events. 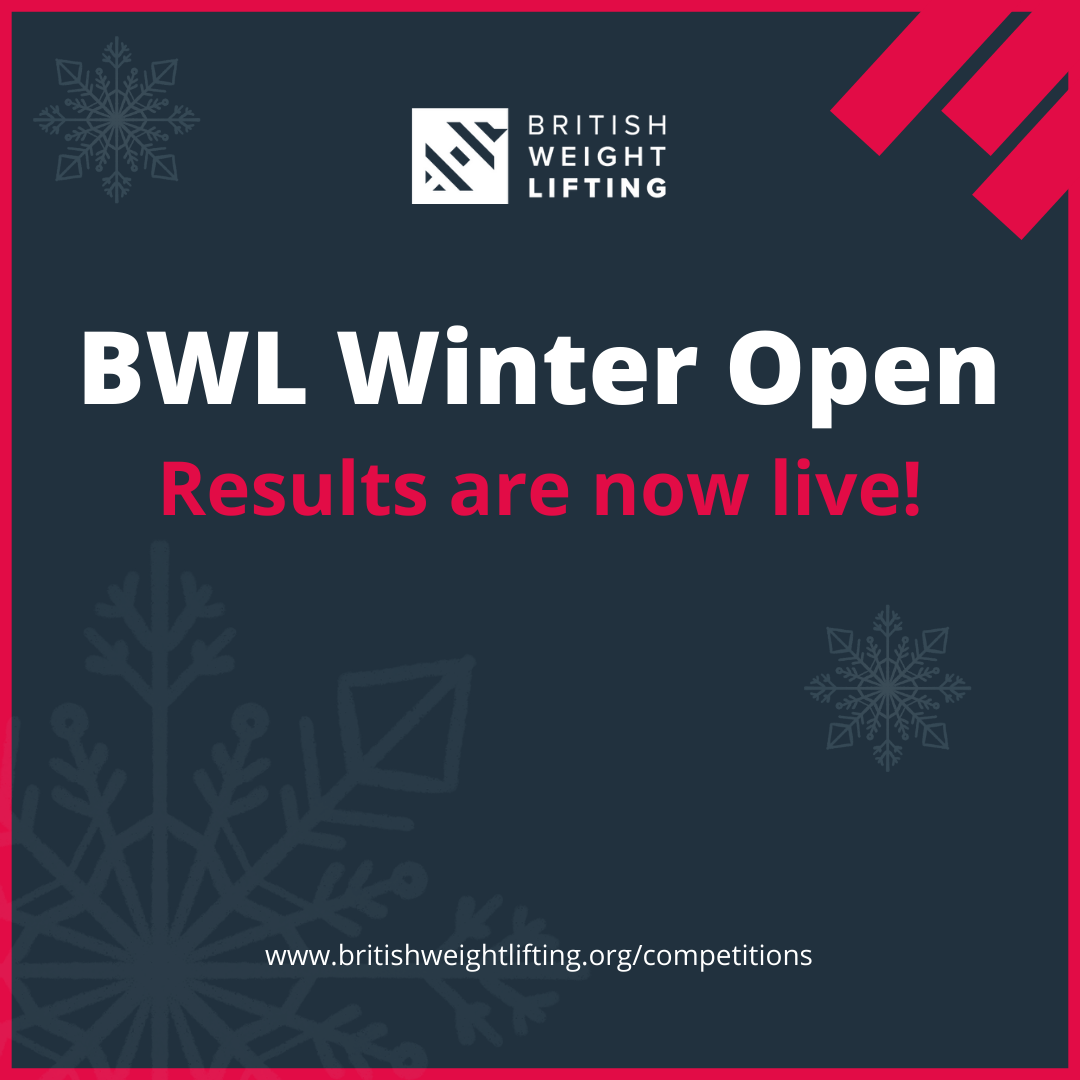 The competition was run online with lifters submitting pre-recorded videos which were adjudicated and certified by licensed BWL Technical Officials.

To embrace the festive spirit, the BWL Winter Open saw a one-off relaxation of the BWL Tier 3 attire rules with lifters allowed to compete in festive themed fancy dress.

There was almost an even split across the gender categories with 22 female and 19 male lifters taking part in the competition.

The BWL Winter Open featured some fantastic individual performances on display throughout the various categories with 28 unique winners crowned. A number of athletes also hit totals that enables them to qualify for future British Tier 1 and England Tier 2 events.

Mytholmroyd’s Millie Goldspink also hit the British Senior benchmark with 156kg in the Women’s 64kg Senior Class alongside fellow club member Martyn Riley who qualified for the British Seniors as well with an impressive effort of 185kg in the Men’s Master’s 61kg class.

There was also some Scottish success on display as Glasgow’s City Barbell’s Lucas Clarke made the British senior qualification standard with 227kg in the Men’s Senior 73kg competition.

From an English perspective, Thomas Richardson from Built by Atlas made the England Championship standard with 238kg in the Men’s 89kg class.

There was also strong performance from Scarborough’s Abigail Bowes who reached the British Under 23 standard with 143kg in the Women’s U17 71kg class.

Full results from the competition are available to view here

Entries are also now open for the British Open Series. You can find out more information here.