The 2021 British Open Series has now reached round ten which concluded at the end of October. The event was run online via Launchpad with lifters submitting their pre-recorded videos, which were then adjudicated and certified by three random licensed BWL Technical Officials. 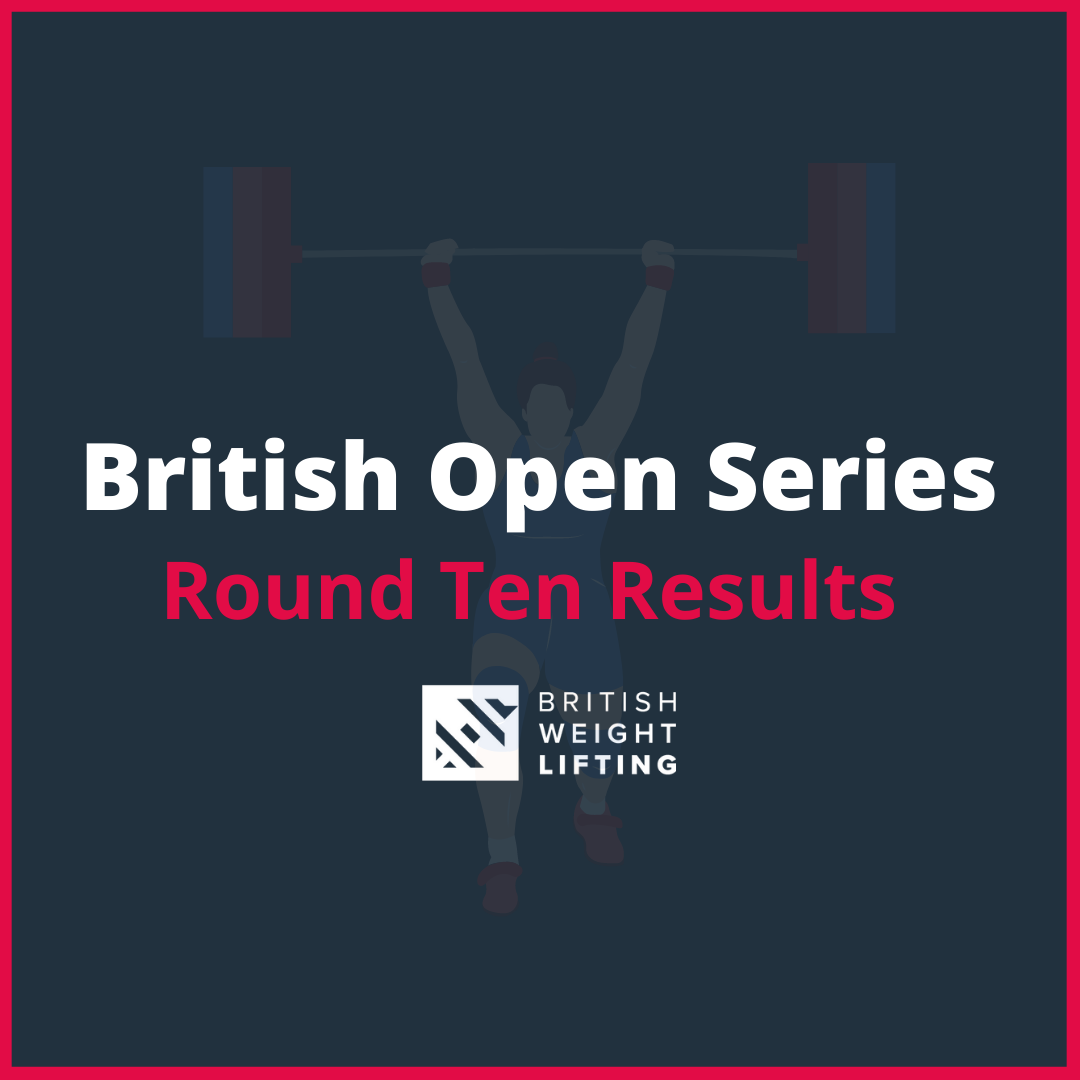 After a few months of slightly reduced numbers, it was great to see the high number of entries in this series. Congratulations must be given to all of the entrants who have once again put in some outstanding performances.

Ramadan Rabeh was the standout performer in the male masters competition scoring 247.632 points with an impressive 281kg total in the M35 81kg category.

Catherine Martin was the star of the female masters competition with a 145kg total, scoring 174.785 points in the W40 64kg category.

A huge well done to Asylum Weightlifting Club who provided 10 lifters in the youth and development competitions with some outstanding performances, with Joshau Allsop, Ryan Reid and Lily Pedlow all coming top of their respective  groups.

Caroline Doyle has taken the lead in the senior female competition with 720 points and Maureen McCan has now taken the lead at the  top of the female master’s event with 519 points.

Emily Sweeney has jumped to the top of the leader board in the female youth competition, leading the way with 434 points and Joshua Farrant remains top of the male youth with 380 points.

Round 11 of the Virtual British Open Series is now open and all the details can be found here.