The conclusion of the 2021 Virtual British Open Series

The 2021 British Open Series has now reached the final round, with round twelve concluding at the end of December. The event was run online via Launchpad with lifters submitting their pre-recorded lifting videos, which were then adjudicated and certified by three randomly selected licensed BWL Technical Officials. 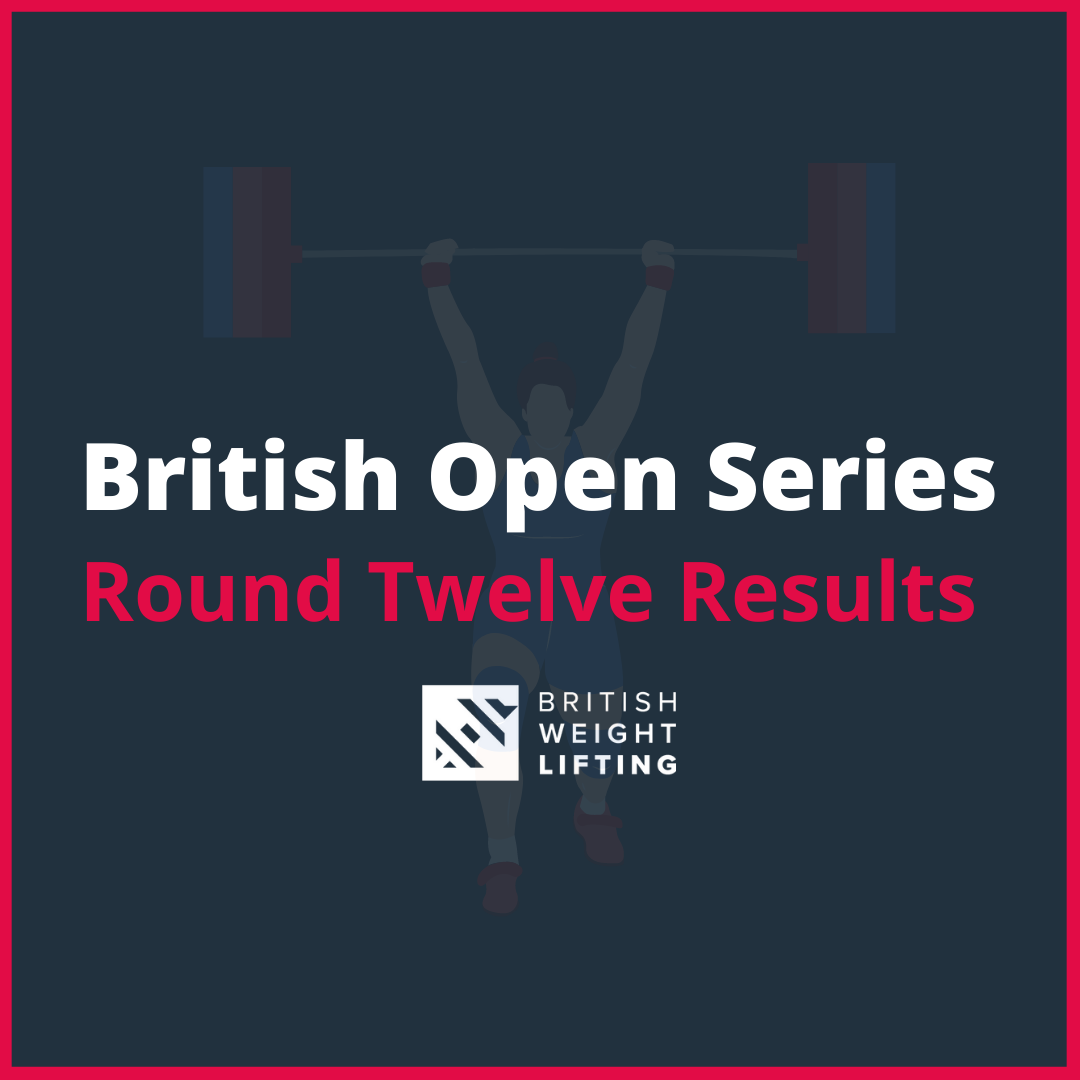 The 2021 British Open Series saw some outstanding performances from experienced athletes who used this opportunity to qualify for forthcoming events along with people who were newer to the sport who wanted to experience an Olympic weightlifting competition for the first time.

Congratulations must be given to all entrants who submitted videos, we saw some amazing lifting over the course of the year.

Cameron Sinclair was the lead senior male with a 180kg total scoring 214.432 points in the 89kg category.

Isabelle and Jacob Foskett were once again the outstanding lifters in the development competitions, with Isabelle having a 156kg total and Jacob with a 154kg total.

The virtual British Open Series was run every calendar month throughout 2021. Open to all British Weight Lifting members across the UK and classed as a tier 3 event, it was the perfect competition for anyone wanting to start competing but was not able to get to a club competition or anyone who wanted to practise their competitive lifts in the run up to an event.

BWL Partner Pulseroll has provided the prizes for the overall first place winners from each group who has accumulated the most points across the series. Each winner will receive a Pulse-ball.

James Richardson finished on top of the senior male competition with an impressive total of 1407 points. Mark Tallett took second place with 749.855 points, followed by Allen Brindley in third place with 656.626 points.

The 2022 Virtual British Open series will now change to a quarterly competition, with round one already open. For more information please visit our British Open Webpage.