Records smashed at the 2021 British Championships in Twickenham

British records were obliterated at St Mary’s University Twickenham which hosted the first British Championships since the resumption of competitions due to the COVID-19 pandemic.

The British Championships was held on 26 June as a Commonwealth Games qualifier for Birmingham 2022 and featured elite athletes from England, Scotland, Wales, Northern Ireland and Gibraltar.

The event was held behind closed doors, with stringent cleaning protocols in place and no ticketed spectators allowed, but there was still a good atmosphere for all the lifters, coaches, loaders and officials who were present and able to participate in a national in-person event after such a long period away. 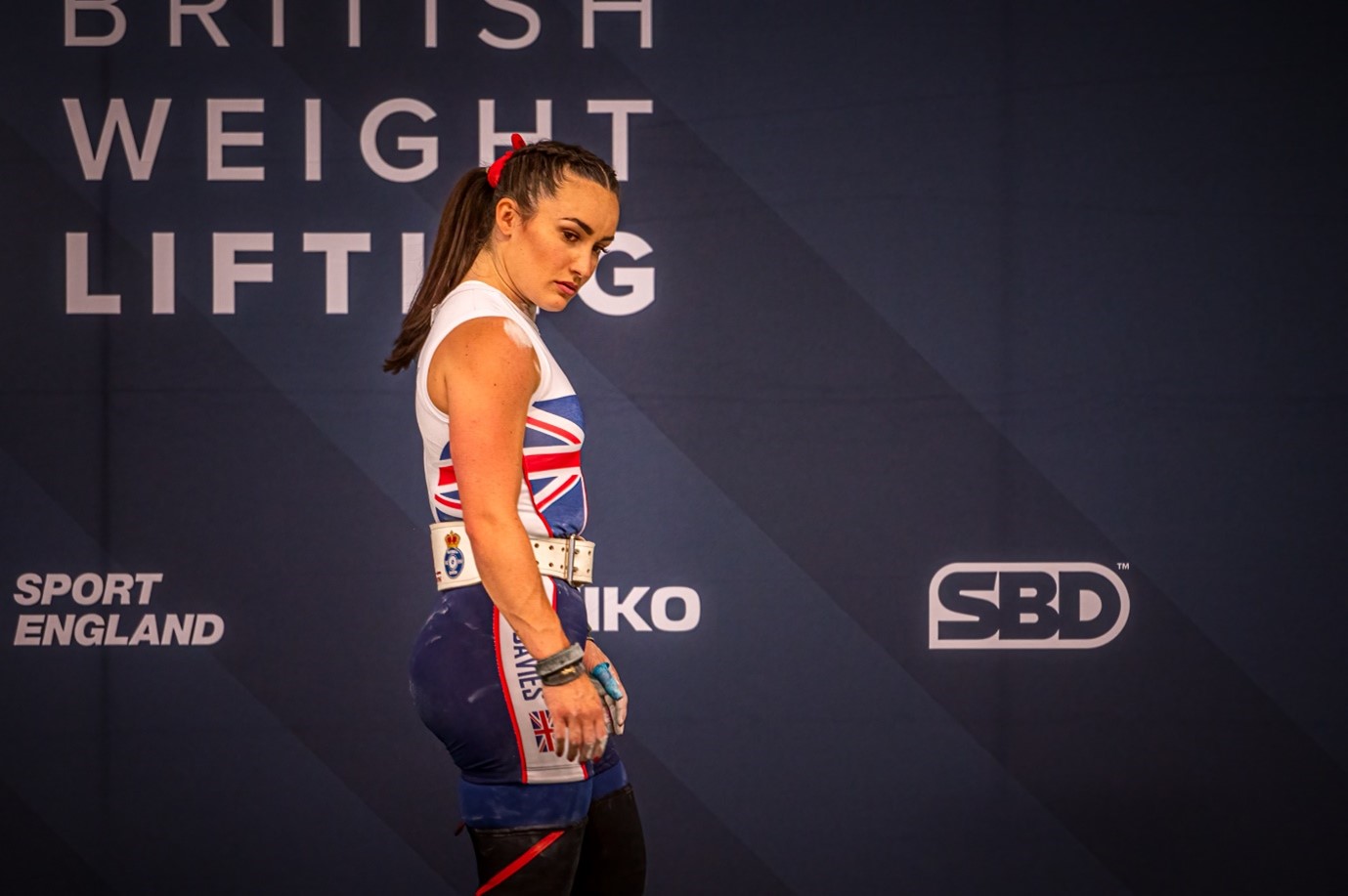 There were two platforms at the event: with both featuring exciting levels of action throughout the day.

Tokyo 2020 Olympian Sarah Davies (pictured above) made an appearance as part of the build-up to the Olympics and was comfortably in the lead in the women’s 71kg class lifting a total of 226kg.

Alice Aitchison showed promising potential in the same category by lifting a British U23 Snatch record of 83kg and also set a new total record of 188kg.

London 2012 Olympian Jack Oliver rolled back the years by setting a new British Senior Snatch record of 133kg in the men’s 73kg competition which helped him secure silver overall with a total of 284kg.

Taking the win was 2019 World Championship competitor Jonathan Chin who lifted a British record Clean & Jerk of 161kg for his first British title.

Commonwealth junior medallist Michael Farmer recorded British U23 Snatch and total records to round out the rostrum with the Welsh lifter producing best efforts of 127kg and 154kg for a total of 281kg.

Jacob Finnigan lifted a British U23 Clean & Jerk record of 154kg and also collected British benchmarks across the board at U20 level Snatching 123kg for a total of 277kg to finish fifth overall. 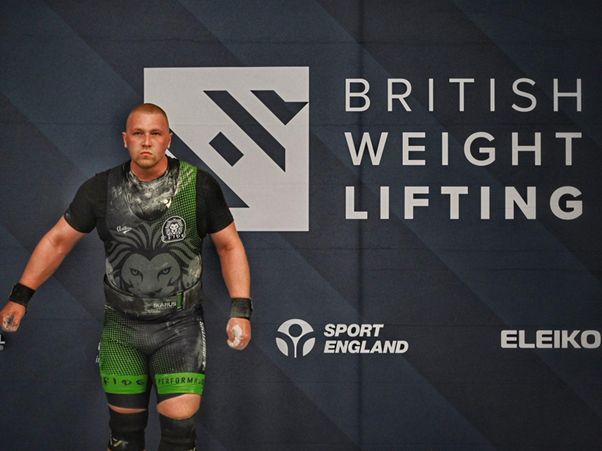 Andrew Griffiths (pictured above) created a new British Senior Snatch record in the men’s 109kg+ category lifting an incredible 165kg en route to the title. The Warrington based athlete also recorded the largest total of the entire event lifting an amazing 335kg.

Gold Coast Competitor Jordan Sakkas came first in the men’s 109kg category with British U23 records in the Snatch, Clean & Jerk and total, hitting 147kg and 183kg for a combined weight of 330kg.

The men’s 81kg competition was won by GB International Chris Murray who set three new British U23 records lifting 143kg and 170kg for a total of 313kg.

There were also some fantastic displays from some of the most experienced lifters in the sport. Chris Freebury won his eighth British title lifting a total of 253kg while Hannah Powell won her fifth British Championship triumphing in the women’s 49kg class with combined score of 153kg.

European U23 Gold Medallist Fraer Morrow won the women’s 59kg competition, setting British U23 and Senior records in every discipline. 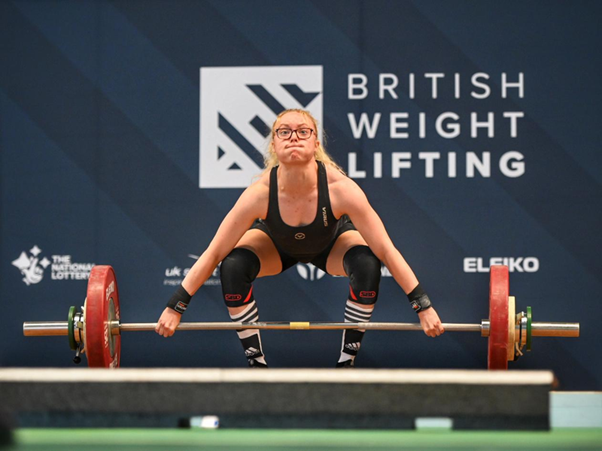 Ben Hickling secured his first British Championship by sweeping the British benchmarks for U20, U23 and Senior records in the men’s 55kg class. He Snatched 82kg then Clean & Jerked 107kg for a total of 189kg.

SBD Young Weightlifter of the Year Emily Sweeney continued her fine form by smashing the U17 and U20 British records in the women’s 87kg class lifting best efforts of 83kg and 107kg for a total of 190kg to win bronze.

There was also a clean sweep of the podium for the England Weight Lifting Training Squad with Nicola Stiddard taking the title on 205kg and Jennifer Haughton winning silver with 194kg.

Jess Gordon Brown came out on top the women’s 59kg competition hitting 5/6 lifts to end the day on 197kg. Olivia Blatch went three from three on the Snatch, missed her opening two Clean & Jerks, but made a good recovery on the last lift to total 185kg and seal second spot.

Full official results from the British Championships are available to view here.

Results are also available to view on Sport 80.

British Weight Lifting would like to congratulate each athlete who took part and also thank all the technical officials, loaders and coaches for helping to make the event a success. We look forward to seeing everyone at national events in the future.