There was personal bests aplenty at the BWL Spring Open as Para Powerlifting returned to St Mary’s University in Twickenham last weekend. 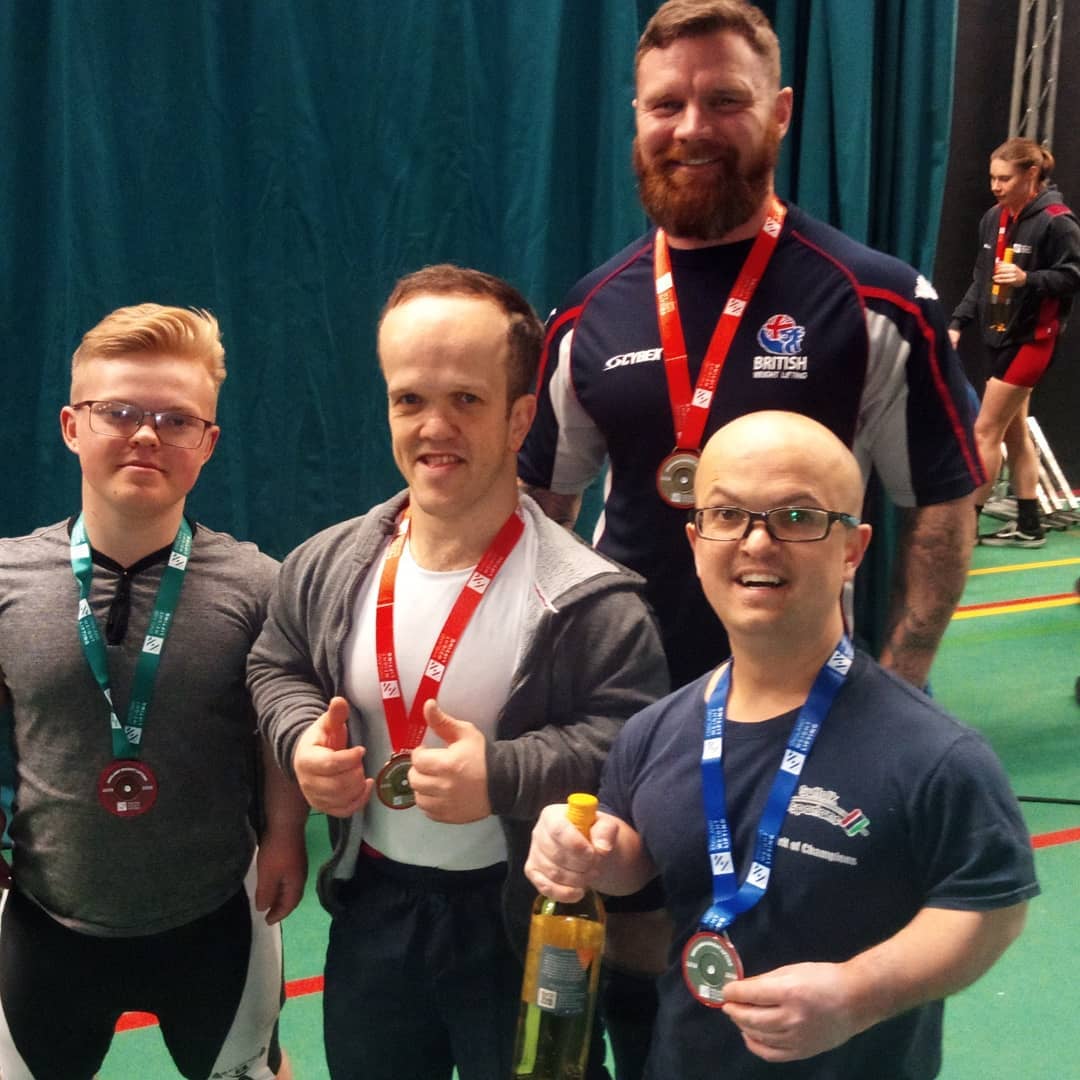 The competition was scored on AH points which takes a lifters body weight into account. Brown opened on 167kg, missed out 170kg but then recovered to power it home on his final attempt.

Speaking after the event the Commonwealth Games Competitor said: “I thought it was great.  There was a good turnout and the atmosphere was really great. Everyone was in good spirits I think there was a lot of PB’s today. Everything went really well.”

“It was a shame about the second lift you know because I was strong enough on the day, but the third lift was really good. One of the best lifts I’ve ever done.”

Adam Alderman went three from three en route to second place. He was the lightest lifter in the competition.

“I’m really happy with that” said Alderman. “I was in the 54kg men’, but I realised that for top eight I wasn’t lifting enough for the Paralympics which my main aim, so I’ve dropped down to the 49’s.

Mark Swann also hit three in a row to round off the podium positions. He recorded a best lift of 153kg and was only 1.9AH points behind Alderman after bodyweight was taken into account.

“I think the event went really well. Especially coming into the sport so young,” said Swann.

“I’m only 17 and I’m increasing at every comp, getting news PB’s.  The coaching is going really well and it’s just a really positive environment.”

Invictus Games Silver Medallist Ross Austen won the other male division. The former soldier took the 72kg+ title by producing 168kg and 169kg on his second and third attempts.

“Considering I have been ill the last two weeks I was happy with a kilo PB,” said Austen.

“The first lift was a bit dodgy, but it turns out my third lift was the best of the three which is good as you always want to finish on a high.”

In the Woman’s categories Rachel Leck took the -61kg crown after an interesting battle with Sita Patel.  Both lifters made brilliant starts and produced successful lifts on their first two attempts.

The two times Para Badminton Doubles World Champion also hit two in a row with 60kg and 65kg efforts but just missed out on 67kg at the end.

BWL Paralympic Performance Director Tom Whittaker said: “The event has been brilliant. We’ve had a young development squad out today. They’ve all come here with targets and the majority have either hit or surpassed them.

“For a number of individuals, it’s great preparation ahead of the World Championships in July. The event has been great.

“It ran smoothly, and the nature of these events provide a great opportunity for lifters to demonstrate how strong they really are.”

A full list of classified results can be found here.

The next domestic Para Powerlifting Comp is the British Championships which is taking place on the 8th of June at the Ricoh Arena in Coventry.