British Weight Lifting are pleased to announce that we have partnered with My Sport Live to provide a livestream of The Birds Eye British Championships which will be hosted at The Ricoh Arena, Coventry. 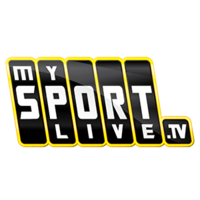 This year’s event will take place between 7-9 June and will act as a qualifier for the 2020 Tokyo Olympic Games. All of the action from the main platform will be available via Facebook with commentary provided by Ramsey Kechacha and Gareth Evans, hosts of the Sinclair debate podcast.

Ramsey Kechacha is the founder of Under the Bar media company. He has previously provided coverage of the Commonwealth Games and the European Championships. Ramsey has been a regular medallist on the national stage in recent years and is often seen coaching at club competitions.

Ramsey Kechacha commented, "We are really looking forward  to commentating at the Birds Eye British Championships for the third year running, especially with the added excitement of it now being an international event. We expect it to be the most watched domestic event BWL has ever put on and are very pleased to be a part of the show".