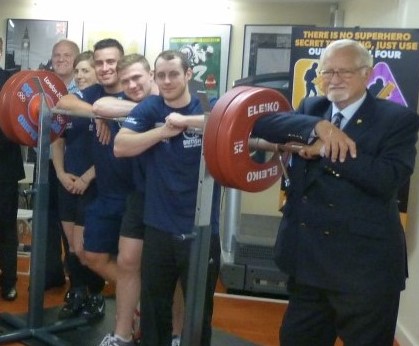 It is with great sadness that we have learned that John Lear, a hugely influential figure in the history of British Weight Lifting and one of the great characters of UK sport for over five decades, has passed away this week in his home town of Shrewsbury.

John was the British National Coach for an unprecedented 40 years, coaching at multiple Olympic and Commonwealth Games, whilst playing  a key role in the development and success of the sport and the National Governing Body. His technical and man-management expertise was well renowned and something he was always keen to share authoring several weightlifting books over the years.

John, who was nearly 85 when he finally lost his battle against a long illness, qualified as a PE teacher after National Service and having represented England internationally,  dedicated the rest of his life to the sport he loved. After coaching both the Iranian and South Korean weightlifting teams in the 1960s he was appointed British National Coach in 1972. He was at the vanguard of the professionalisation of British Sport and his foresight, wisdom and experience was constantly in demand at the British Olympic Association where he served on numerous performance and team management committees. He was part of Team GB at no less than eight consecutive Olympic Games and Team England at ten consecutive Commonwealth Games. He also represented his sport on the National Olympic Committee for at least two decades.

John will be remembered for his loyalty, friendship and great humility as well as his willingness to always share his experience with others, often imparted by his wicked sense of humour.

He was hugely admired and respected by all who were fortunate to meet him, not just in the UK but all around the World.

British sport has lost a true stalwart, someone who enriched so many people’s lives and sadly his contribution will never be fully recognised or acknowledged. Our deepest condolences go to his wife Teresa, daughter Katie and two sons.