European Youth and U15 Championships

Last week the weightlifting world descended upon the seaside resort of Eilat on the Northern tip of the Red Sea as the popular Israeli tourist attraction played host to the European Youth and Under 15 Championships. 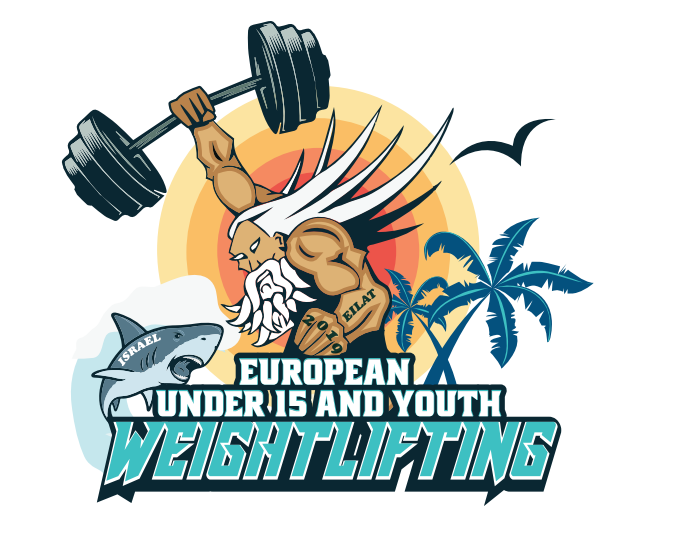 Great Britain’s young squad arrived in Israel full of promise and potential ahead of the event. Each athlete was eager to showcase their abilities and when it came to the competition they didn’t disappoint.

Emily Sweeney recorded the best overall result of the group by finishing 6th overall in the Woman’s 71kg U15 event.

She snatched personal bests by lifting 70kg in the opening stages and then showed superb consistency to clean & jerk 86kg and maintain her ranking at the finish.

Tyler Johnston also put in a brilliant display and was only 1kg off the podium in the Women’s 81kg U15 clean and jerk competition. She took 4th, lifting 85kg and after snatching 64k earlier in the event and finished in 7th place overall.

There was plenty of action in the Men’s 73kg Youth competition where Jacob Finnigan got green lights on five out of his six attempts to secure 11th spot. He lifted 113kg and 140kg to finish the day on 253kg. These are personal bests and British U17 records!

James Godden topped the Men’s 55kg U15 B group. He snatched 73kg and then recorded three successful clean & jerks to hit 100kg, both personal bests. He placed 12th overall in his class.

The Men’s 81kg Youth event featured two Team GB representatives. Drew Burns hit a British U17 record in the snatch of 116kg and 137kg in the clean and jerk to take 14th overall whilst Aiden Sheeran lifted 95kg and a personal best of 138kg to finish 19th.

Charlotte Neale took 14th in the Woman’s 55kg U15 event after producing efforts of 60kg and 73kg in each stage for a combined score of 133kg.

Taliyah Homewood and Ben Hickling were the final two members of the squad, but unfortunately both had to withdraw from the competition before competing.

British Weight Lifting would like to congratulate all of the athletes and coaches for their performance and also pay tribute to all the club coaches back in the UK for helping to create opportunities for our next generation of talented lifters to thrive. BWL would also like to thank Sport England for their funding which has helped to get the athletes to the competition.

Also, we would like to highlight the work of Stephen Donovan and Jennifer Maysmor Gee who officiated at the event, for flying the flag for British referees on the continental stage.

Finally, British Weight Lifting would like to say a big thank you to our coaches Rhodri Thomas & Christie-Marie Williams for their amazing work over the course of the competition ensuring that each of the lifters had the opportunity to demonstrate their abilities successfully and fulfil their goals.