The third and final round of the BWL South Open Series took place at Brunel University last weekend. 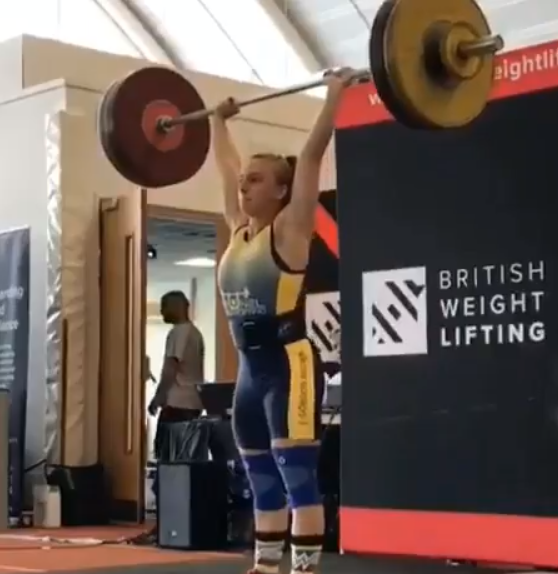 They were both awarded with £250 in prize money each, courtesy of BWL.

In the Men’s division, Woodason managed to accumulate a mighty total of 884.91 Sinclair points across all three events.

Previous points leader Kris Speed secured second spot with 674.38 despite missing the final round while Sam Finch finished third with a total of 508.66

Omar Keshta took victory on the day by recording a Sinclair score of 342.4kg on his series debut.  The reigning 102kg English champion also set a trio of new British U23 record’s in the process.

He went three from three on the snatch to haul 136kg then clean and jerked 175kg for a record total of 311kg.

Keshta is set to compete again this week and is one of the favourites for the British Age Group Championships while later this month he will represent Team GB at the European U23 Championship’s in Poland.

In the Women’s competition, Jasmin Isoyama narrowly took the title by scoring 207.4 in Round 3 for an overall total of 614.81.

Going into the event Isoyama was 2.49 points adrift of Lou Herron, but managed to overturn that deficit on the day and eek out an advantage of 4.23.

Herron picked up 200.68 points for an overall score of 610.58 while Jess Gordon- Brown produced 243.65, the largest Sinclair on the day, to clinch third spot overall.

There was also a new set of U23 national records for Deborah Alawode in the women’s 71kg class. She managed to snatch 82kg and then clean and jerk 101kg to total 183kg for a new British standard.

The last round of the BWL North Open Series is set to take place in Middlesbrough on Saturday the 19th October while the final BWL Midlands event is scheduled for the 26th October and will be held at MCS Performance in Birmingham.

Tickets for these event are still on sale and are available below.