Weightlifting enthusiasts descended upon Stockport last weekend for the BWL Para Powerlifting Winter Open where internationals stars battled it out with veterans of the sport. 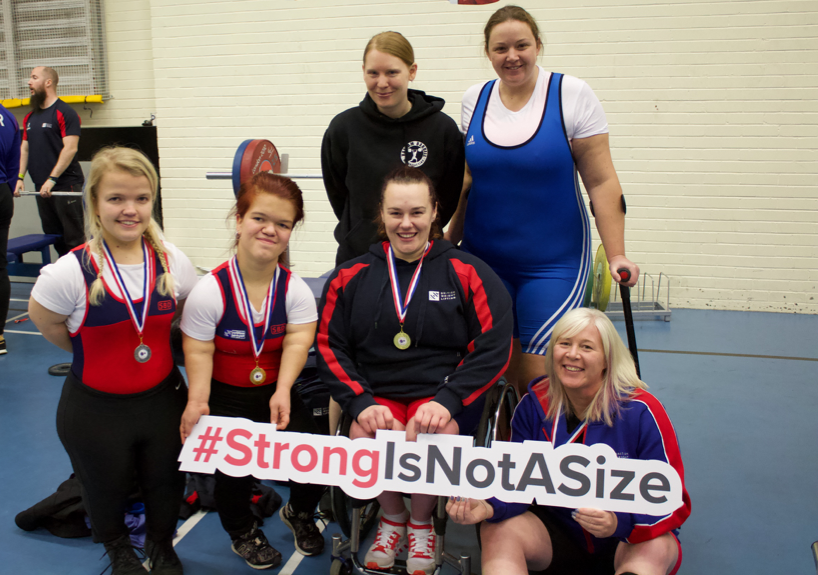 The former wheelchair basketball player posted 3 successful lifts to end on a personal best of 114kg.

In the Men’s -72kg division as GB international Ollie Brown failed to post a total leaving the door open for Mark Swan to claim the crown.

Swan went three from three and ended on 145kg while Brown failed to get off the mark attempting efforts of 163kg and 167kg respectively.

The closest battle came in the Men’s +72kg category where Ross Austen claimed victory with an impressive 168kg, 6 clear of Sean Gaffney.

Officially the competition was scored using the AH Bodyweight coefficient, but in the end didn’t make a difference to the final classified results.

Speaking about her latest title win Broome said, “I look forward to every competition because it is a chance to better yourself every so often.”

“To do comps nearly every year and to be able to lift that amount was incredible. I’m very happy.”

Sugden was also very happy with her result. She said: “I’ve been working really hard the last couple of months to get that 114 on the board.

“It’s good to show that I’ve made the progression that I need to put myself in a good position to make some internationals next year.”

BWL Paralympic Performance Director Tom Whittaker was pleased with the performances of his elite level athletes.

“There was significant progress from them two”, said Whittaker.  I think 4kg and 5kg PB’s. For the girls to have delivered what they have delivered today is really encouraging for 2019.

“Louise and Olivia both turned up and showed progress that aligned with the top eight which is what we are looking for from a GB representation point of view.

Whittaker was also keen to highlight the growth of the sport within the country.

He said: “A number of lifters that have just begun taking part in the quarterly national development group have turned up and got lifts in at their first or second competition’s and shown significant progress today.”

The next event on the domestic competition calendar is the England Para Powerlifting Championships which are scheduled to take place in Milton Keynes on the 19th of January.

The North and Masters Open competition saw a number of Personal Bests and a number of lifters qualify for the England Championships.