This weekend St Mary’s University in Twickenham is hosting the British Universities & Colleges (BUCS) Championships. The competition is one of the most popular events on the domestic calendar. 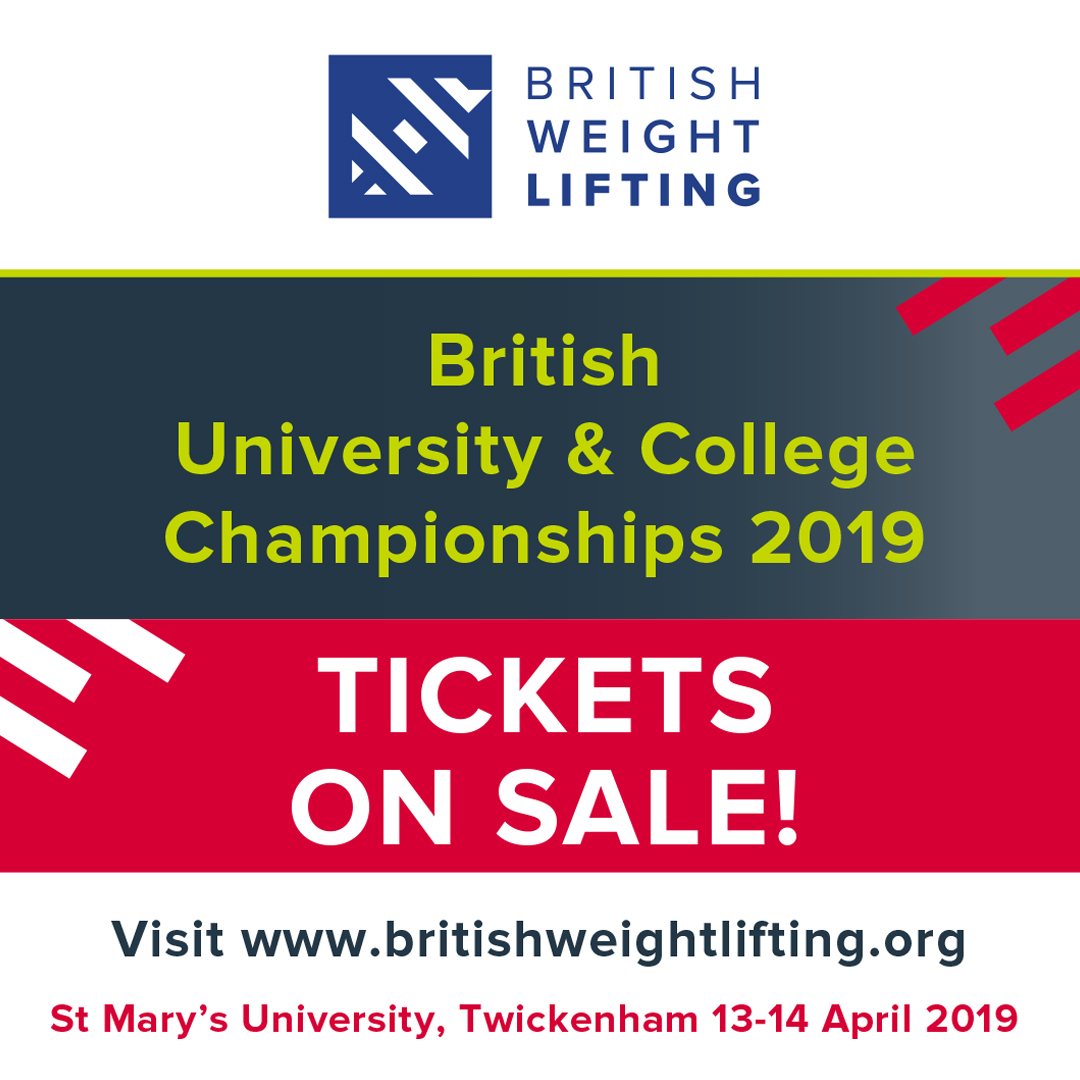 London Olympian Zoe Smith is due to return to the platform for the first time since winning two medals at the European Championships in Georgia earlier this week. She will be representing Loughborough University.

The 24-year-old secured a silver medal in the clean and jerk stage which promoted her into a podium position overall.

Fellow GB international athlete Chris Murray is also set to compete after lifting in the European Seniors. He produced a total of 304kg in the M81 class.

Former Commonwealth Games competitor Cyrille Tchatchet II is also down on the BUCS entry list. In January he produced the largest total at the England Championships by snatching 150kg then clean & jerking 190kg for a total of 340kg.

Tchatchet has previously won his category at BUCS for the last two years.  He will be representing Middlesex University this weekend.

Noorin Gulam is competing for Bournemouth University this weekend.  In 2017 she beat Team England athlete Fraer Morrow to  the 53kg BUCS title by just a single kilogram.

Alongside the BUCS event St Mary’s are also hosting the Para Powerlifting Spring Open. Ollie Brown is one to watch as he won a bronze medal at the 2017 World Cup in Dubai.

An updated event schedule can be found here

The start list for this event has also been released here

Any family and friends coming to watch the competition will need to buy a ticket.  Tickets are available to buy online here

BWL members can get a 15% discount on standard rate tickets by entering your membership number in the promo code box before selecting your tickets.