The third event of the 2021 British Open Series attracted as much interest as the first two despite the restrictions in place across the country in March with 33 lifters taking part from home across the various age group categories. 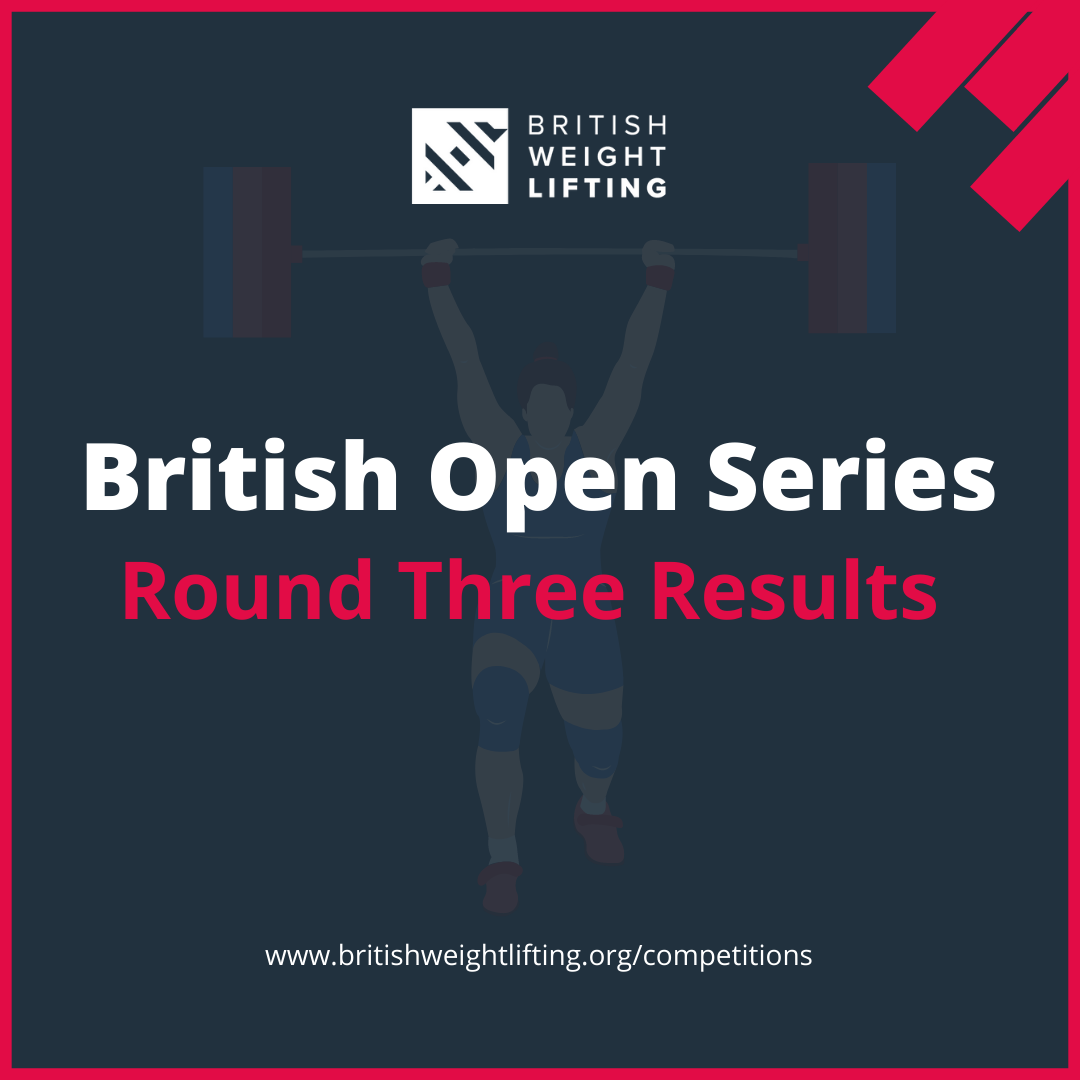 The competition was run online with lifters submitting pre-recorded videos which were adjudicated and certified by licensed BWL Technical Officials. Each round is scored on points which take into account a lifters bodyweight to allow comparisons to be drawn across different weight categories.

This month the Male Senior Competition was dominated by GB Internationals. Stefano Cataldi produced the highest Sinclair score of 328 ahead of fellow GB teammate Drew Burns on 319. Despite being absent from this month’s event Joe McKale retains the overall lead with 551 points ahead of James Richardson and Henry Woodason on 548 points.

In the Female Senior Competition, Caroline Doyle was the top scorer this month on 237.  Nicola Stiddard was second this month with a score of 234 and the England Training Squad member leads the overall competition on 689 points having taken part in every round.

Mihai Bagutiu was the best Male Master’s lifter for March scoring 266 SMF points. Jason Abraham took the runner-up spot on 221, but he holds a commanding lead in the overall competition as he is the only Male Master to compete in all three events held so far.

There were no Female Master’s competing in March so Val Craft retains the overall result on 263  points.

Matthew McKee was the only Male Youth lifter to enter scoring 232.83. However, the overall results are incredibly close with William Bell holding second on 232.24. Jasmine Kinsman came out on top in the Female Youth competition extending her overall score to 413 with three entries across the competition while Ivey Miller leads the Female Development Competition overall, increasing her tally to 300.

Full results and standings for the British Open Series 3 are available via the links below.

Entries are now open for the fourth event of the 2021 British Open Series. You can find out more information here