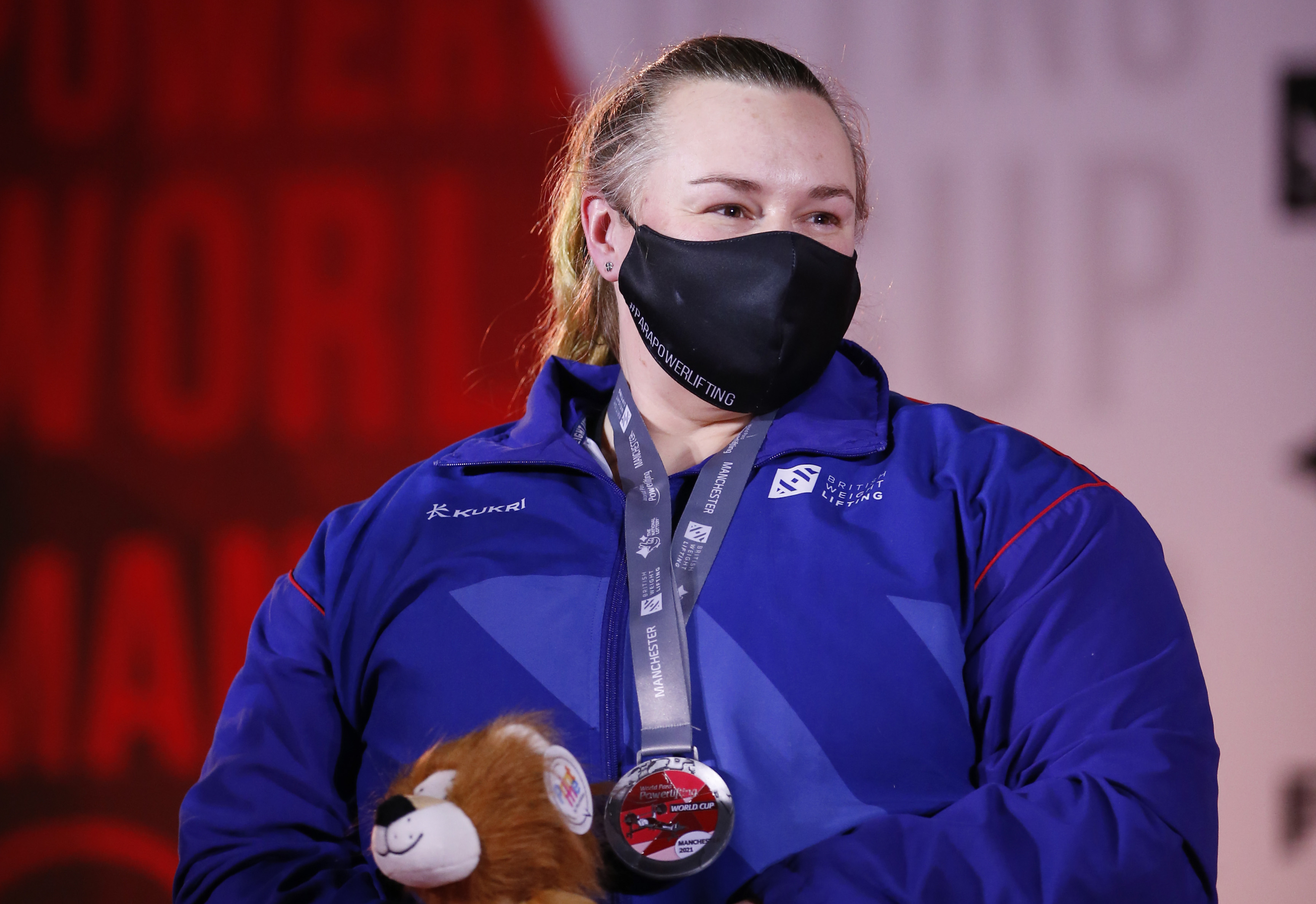 Sugden – a Commonwealth Games silver medallist – added a silver to the hosts’ total, breaking the British record she set in Manchester last year with her third-round lift of 128 kg. After missing her first two attempts, Sugden was given a nervous wait when her third lift was also deemed unsuccessful until the decision was overturned by the jury following a successful technical challenge by British Weight Lifting Performance Director Tom Whittaker.

“Not ideal, but very happy to be given the last lift even if it was on an appeal. Honestly, it felt good from my perspective so when I got three reds I was really surprised. Quick thinking by Tom and we got the lift.

“I love breaking British records. I’ve got bigger and bigger goals that I want to achieve. For me that moves me up a spot on the rankings for Tokyo so that was mainly why we went for 128 kg today.

Earlier in the day, Liam McGarry took silver in the over 107 kg category, the 24-year-old surpassing the British record by 6 kg.

Coming into the sport late on in the qualification cycle means McGarry isn’t eligible to qualify for this summer’s rescheduled Tokyo Paralympics via the standard Top Eight route, but his hopes of selection as a wildcard have been boosted by his performance in Manchester.

“I lost my nan eight weeks ago; she really did mean the world to me. She was at every competition, everything I did.

“So this was for her today. I’m just so glad to get a good lift on the board and some silverware for her and a British record as well, and that was something she was so eager for me to get.

“I’ve got Dubai in 11 weeks’ time, so I am going to get straight back on the pedal. No days off. The gym tomorrow smashing out training sessions.

“I’m going to try a longshot of the pathway (qualification) for Tokyo. Going to put myself in the best position possible to give the IPC a decision to make regarding myself, showing them I am the new kid on the block and I am going to bring something.

“I am already closing the gap on the big boys and I have only been in the sport for two years.” 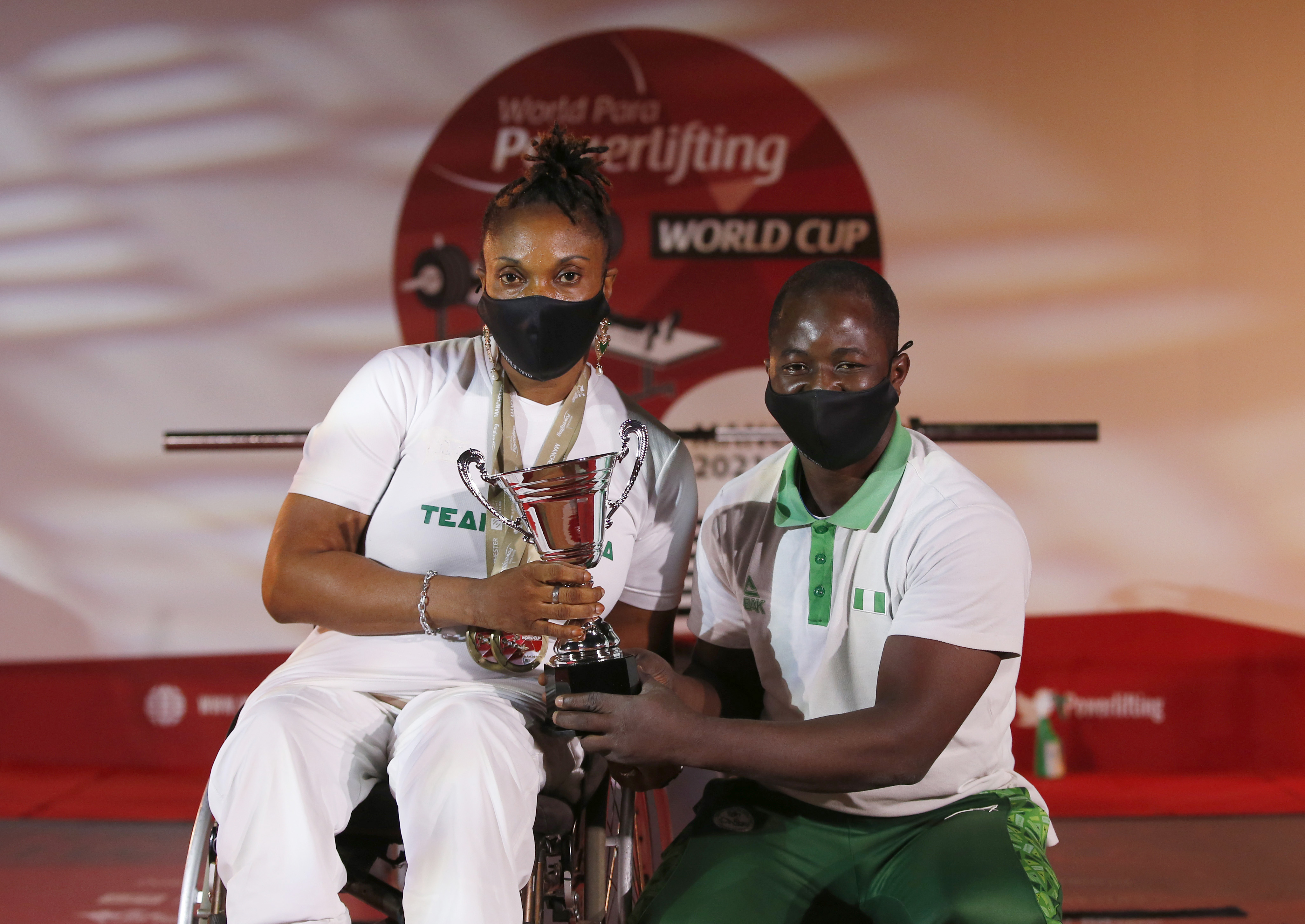 Elsewhere, Nigeria’s Folashade Oluwafemiayo set a new world record of 150.5 kg in the women’s up to 86 kg category on her way to claiming her country’s ninth gold of the event, before compatriot Loveline Ogiji added her nation’s 10th with victory in the women’s over 86 kg event.

This afternoon the Wythenshawe Forum also played host to a historic mixed team event, one of the first in World Para Powerlifting’s history.  The new knockout competition format featured four teams of three athletes with each lifter having one attempt to add to their nation’s total AH score (a formula which takes into account each lifter’s bodyweight).

In the Semi Finals every athlete was able to record a successful clean lift.  Ukraine edged out France 429-420 while Uzbekistan beat Kazakhstan 437-328. That set up the bronze medal match where France beat Kazakhstan 414- 225 after going three from three again compared to their opponent’s two lifts to secure their place on the podium. 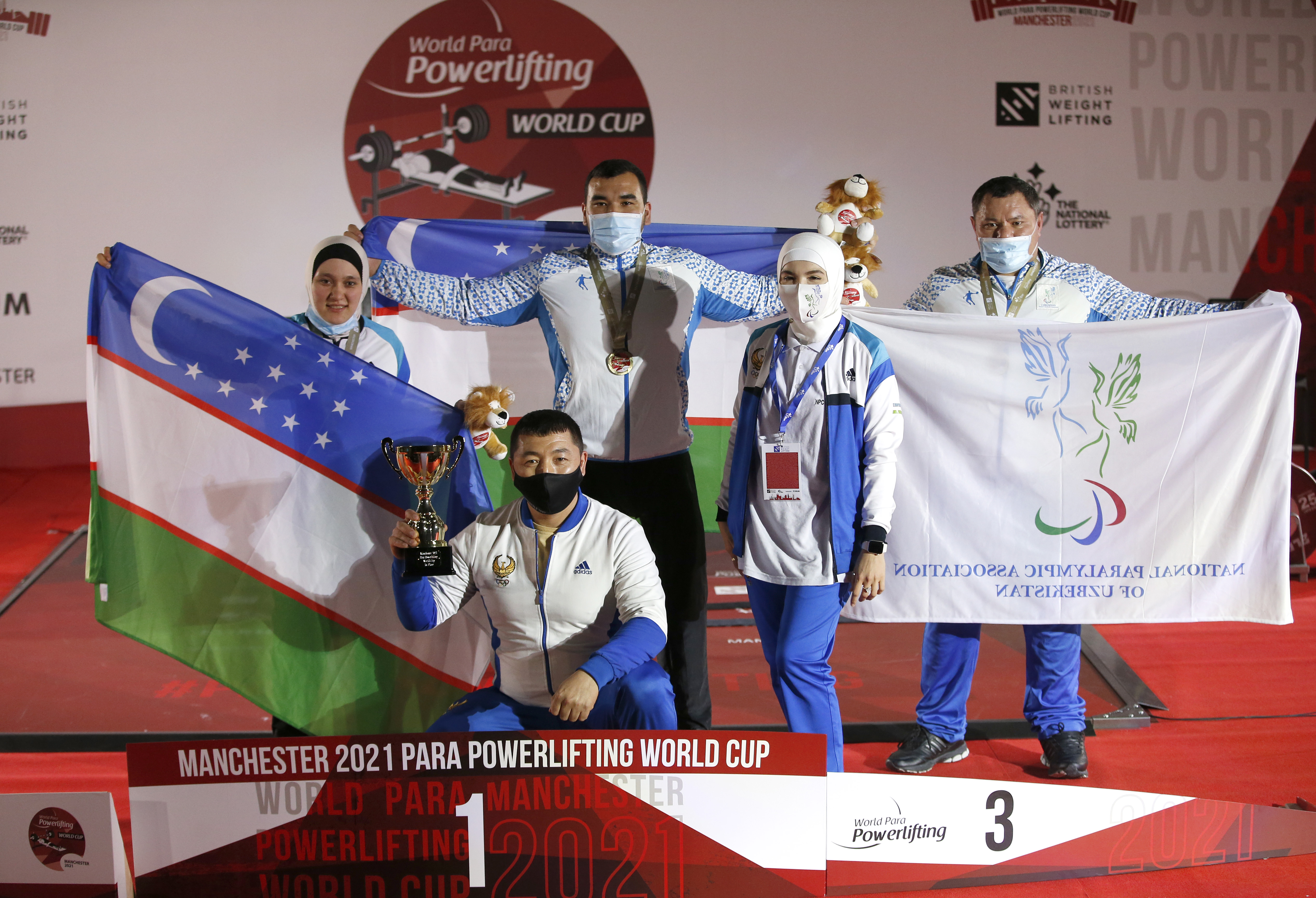 If you’ve been inspired by watching the Manchester 2021 World Para Powerlifting World Cup, you can find out more about how to get involved here.