Mark Swan won Great Britain’s first senior gold medal of the Manchester 2021 World Para Powerlifting World Cup on the second day of competition. The 19-year-old’s third lift of 173 kg was enough to hold on to top spot, ahead of rival Marek Trykacz from Poland, who lifted 172 kg in his first round but could not go on to register a second successful lift. Swan’s performance also saw him smash his own junior European record three times. 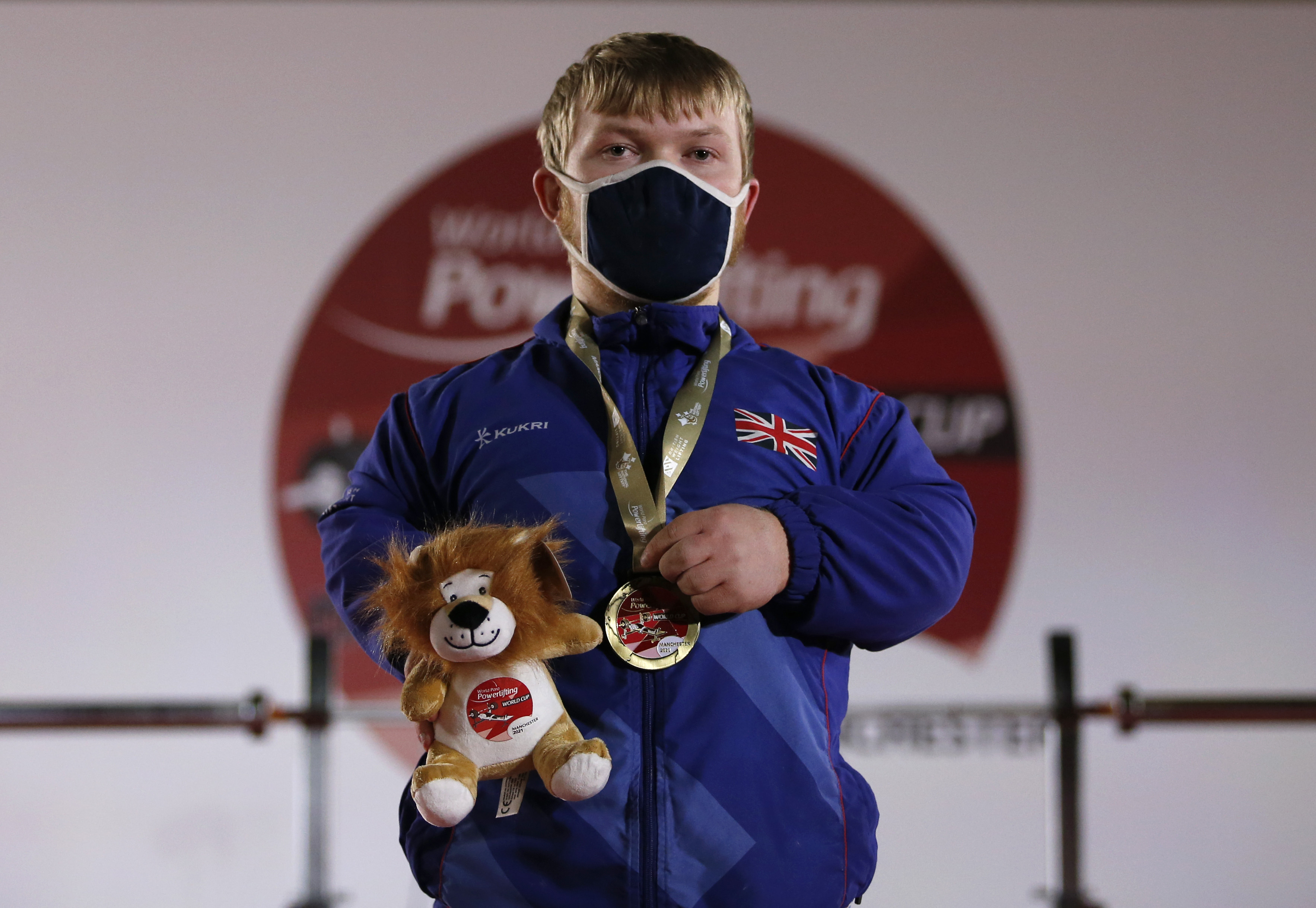 “I still haven’t processed how I feel as of yet. I think I will process it on the journey home. It’s been well deserved. I grinded a lot during lockdown.

“I’ve put more kilos on the board and come back stronger than last year.

“I’m not putting a limit on where I will go. I’m just going to focus on training, getting that technical performance right and see where I go in the future.

There was more medal success for Great Britain earlier in the day when Kimberley Dean took bronze in the women’s up to 61 kg category with a lift of 78 kg at only her second international competition. 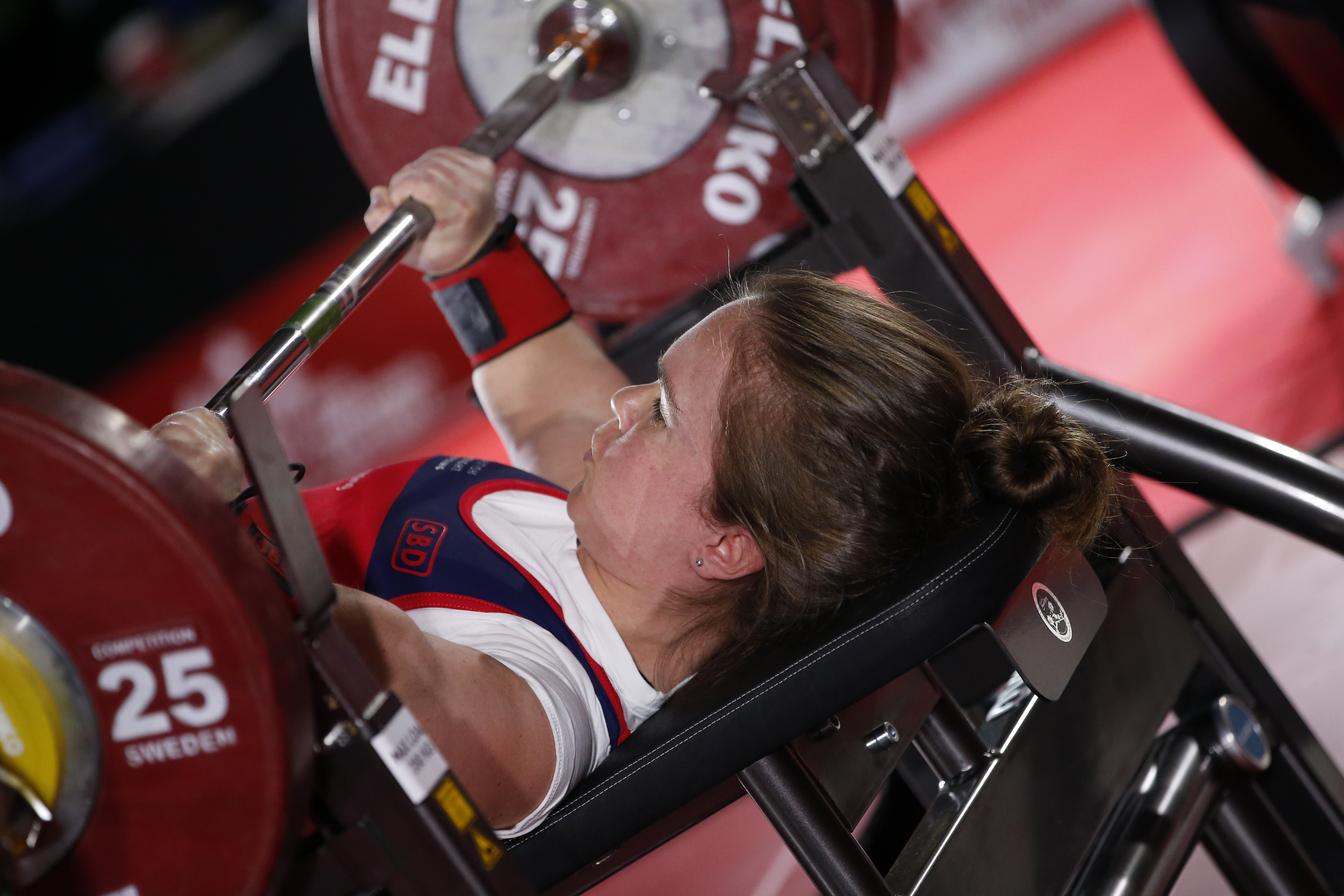 Speaking after the competition, Dean said:

“It has been amazing to have the opportunity to compete. Obviously, this was the first UK Sport event that was able to happen this year because of the pandemic.

“I am privileged and really honoured to be able to compete, but I think it represents a really difficult year for athletes with access to equipment and stuff.

“Maybe the Games wouldn’t have been what we normally expect, but I think its been great to see so many athletes, particularly in our own squad, improved and made the most of what we have been able to do at home.

The opportunity to come and compete at this Manchester World Cup has been really, really good.”

There was also joy in the women’s up to 67 kg category, where Great Britain’s Rebecca Bedford set a new British record with an 81 kg lift, to finish in fifth position. 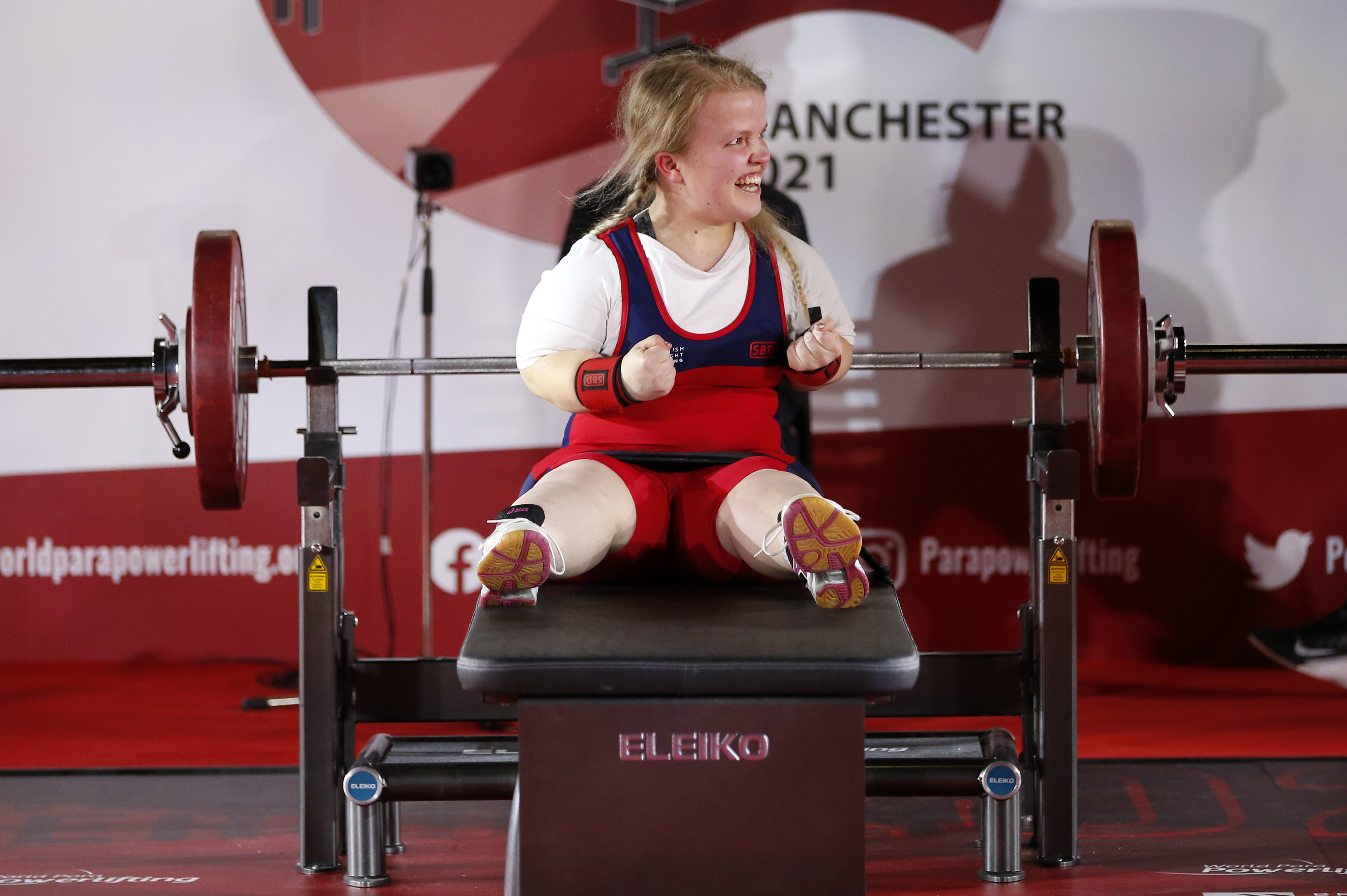 “I’m delighted that I was able to achieve a new competition PB and get my name on a British record.

“It was really good being able to compete in a safe environment after a long time away due to Covid.”

The first session of the day saw a welcome return to competition for Paralympic silver medallist Ali Jawad. After moving up to the up to 59 kg category, Jawad lifted his target weight of 161 kg. Looking to qualify for his fourth Paralympics, the 32-year-old has endured a challenging few years living with career-threatening illness (Crohn’s disease) and was visibly ecstatic to secure a successful lift in the third round, treating live stream viewers to one of his trademark emotional celebrations. 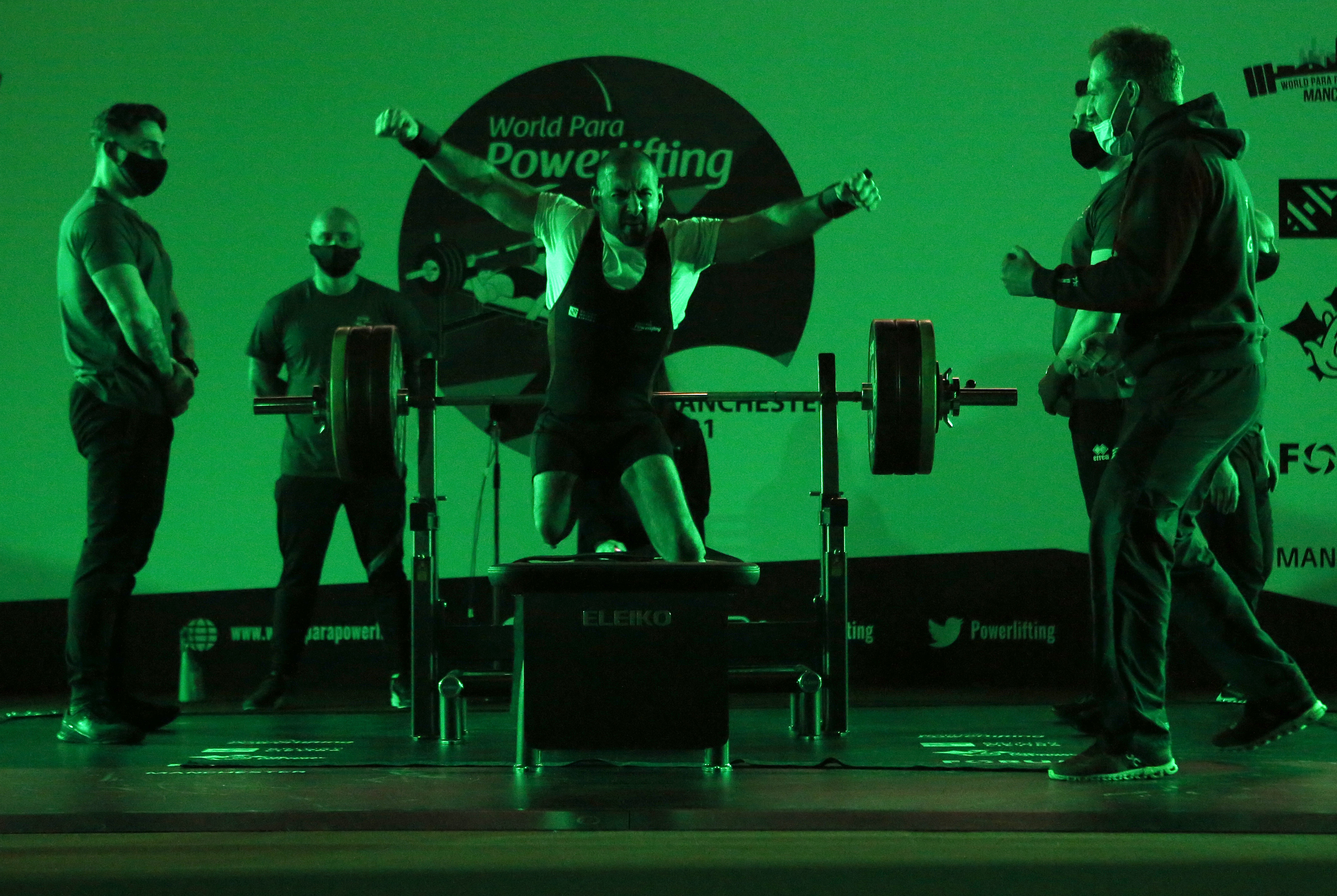 Reflecting on his performance, Jawad said:

“Today wasn’t about medals. It was about trying to get in that top eight for Tokyo. 161 kg was the aim so medals don’t matter today.

“The first one was a good start. The second one I could have done a lot better, but I turned that around on the third which is good as I should have more there.

“The Tokyo rankings are my aim. It was never about the medals today so that’s why the emotion was there rather than the medals.

“Back to training and hopefully the last qualifying event in Dubai because everyone is going to be there so I have to be as strong as possible.”

Teammate Sean Clare also enjoyed success in the category, smashing his personal best by 14 kg to finish eighth overall with a lift of 130 kg. 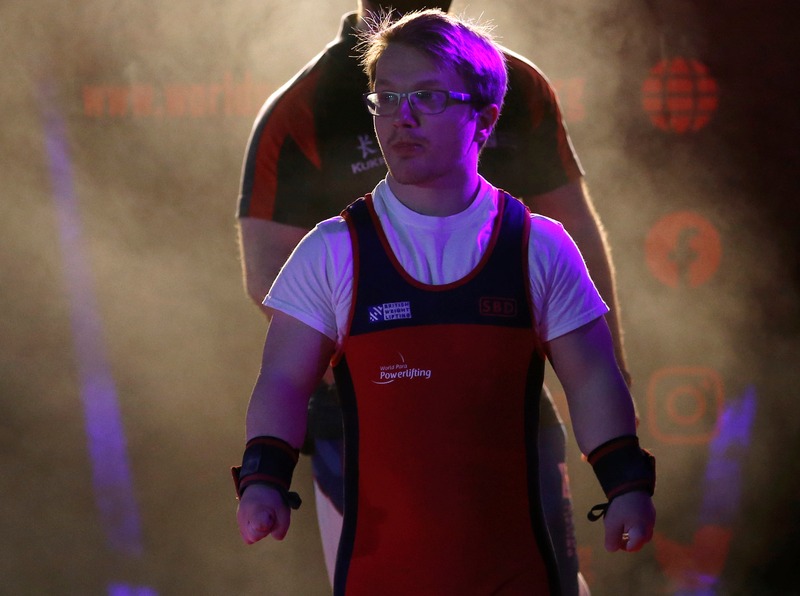 "I am really pleased to get a PB! My strength since last year has improved, now it’s just to get the technical aspects as good to get the big lifts!"

Nigeria continued their dominance of the event, winning three golds on day two in Manchester, taking their tally to six for the competition. Their first success of the day came in the men’s up to 59 kg category where Thomas Kure dominated with a lift of 176 kg. Three-time Paralympic champion and world record holder Lucy Ejike was in fine form, lifting 133 kg to secure the team’s second gold of the day before Olaitan Ibrahim took gold in the women’s up to 67 kg.

Uzbekistan’s Iskandar Tursunbaev became the first athlete to top 200 kg at the competition, lifting 203 kg in his third lift to beat Nnamdi Innocent to top spot after the Nigerian failed his attempt at the same weight.

The competition continues behind closed doors on Saturday 17 and Sunday 28 March, and you can watch every lift live on the British Weight Lifting Facebook page.