Great Britain’s Manchester 2021 World Para Powerlifting World Cup has got off to a fantastic start, with senior medals for Olivia Broome (silver), Zoe Newson and Charlotte McGuinness (both bronze) on an opening day which also saw Ukraine’s Mariana Schevchuck set a new world record in the up to 55 kg category. 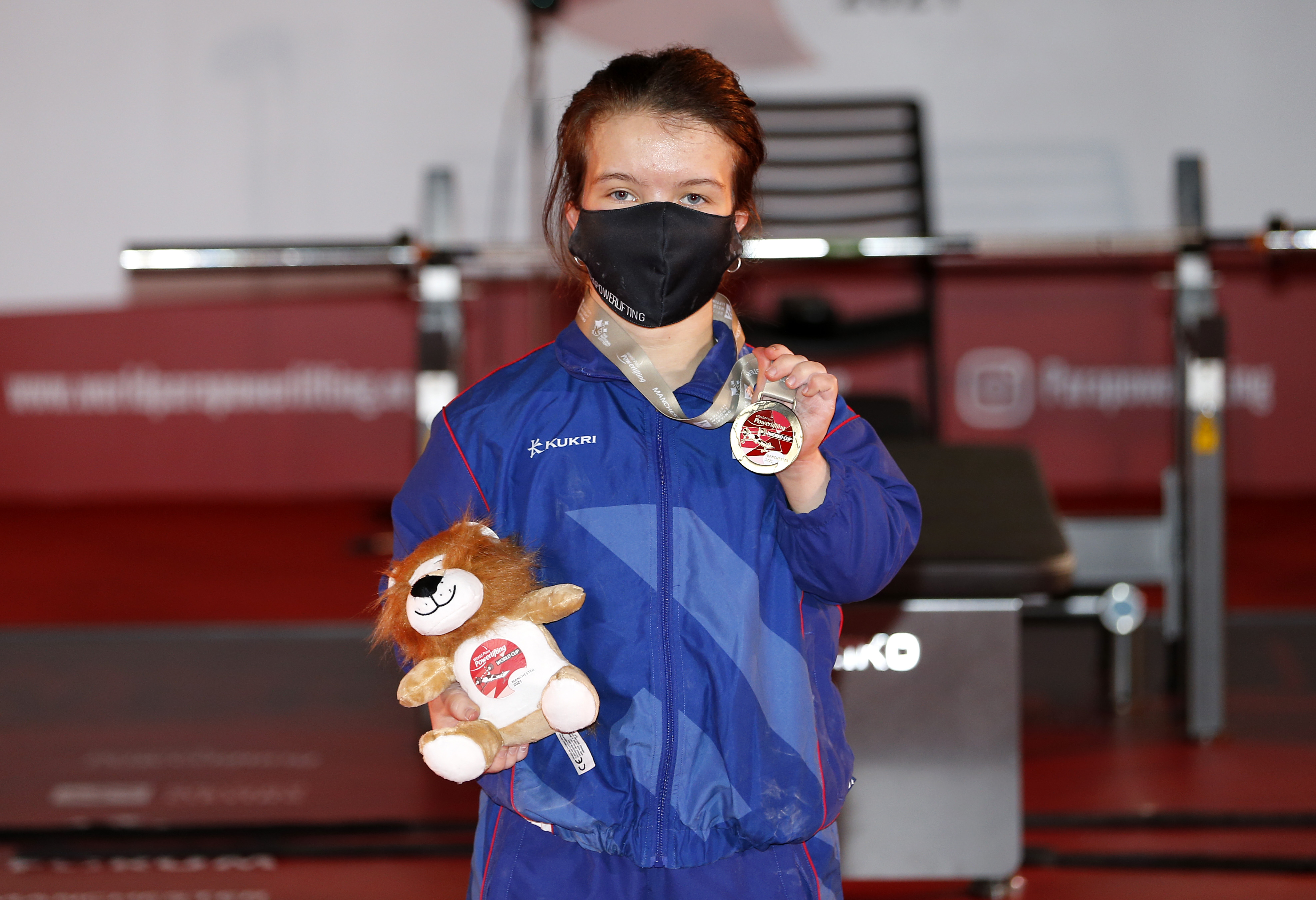 Broome took the silver medal in the up to 50 kg category, the 19-year-old from Chorley, Lancashire successfully lifting 100 kg on her second lift of the competition, which is a crucial qualifying event for this summer’s Paralympic Games. Teammate Charlotte McGuinness joined her on the podium, the 19-year-old from Harrogate picking up bronze with a lift of 74 kg. Gold went to Ukraine’s Rio Paralympic champion Lidiia Soloviova, who showed formidable form to lift 105 kg in a flawless display.

“I think the takeaway [from this event] is the technical aspects, keeping control of the lift really, that’s the main takeaway.

“[On her missed attempt at 104 kg] It’s to do with the chest sequence. I didn’t pause very well, because I knew that I was able to do that on the second lift, but then the third lift was the same. I got too into it!

“Back to training, back to grinding.”

“That was my first World Cup medal. The lockdown training paid off, the winter training and the cold sessions, so I am happy that it all went to plan.

"On Tuesday I had some openers, testing what I would open with. The last couple of weeks has been some one-reps [rather than sets]. But it is worth it!

"This is my second World Cup so I have more experience now and going to the next event I won't be as nervous as know what to expect and what’s going to happen. "

Earlier in the day, in the opening event at Wythenshawe Forum, double Paralympic bronze medallist Zoe Newson took the bronze medal in the up to 41 kg category, her first lift of 88 kg securing her place on the podium. Gold was won by Nigeria’s Jonah Ben who equalled her own African record of 100 kg, but was later unsuccessful at her world record attempt at 105 kg. 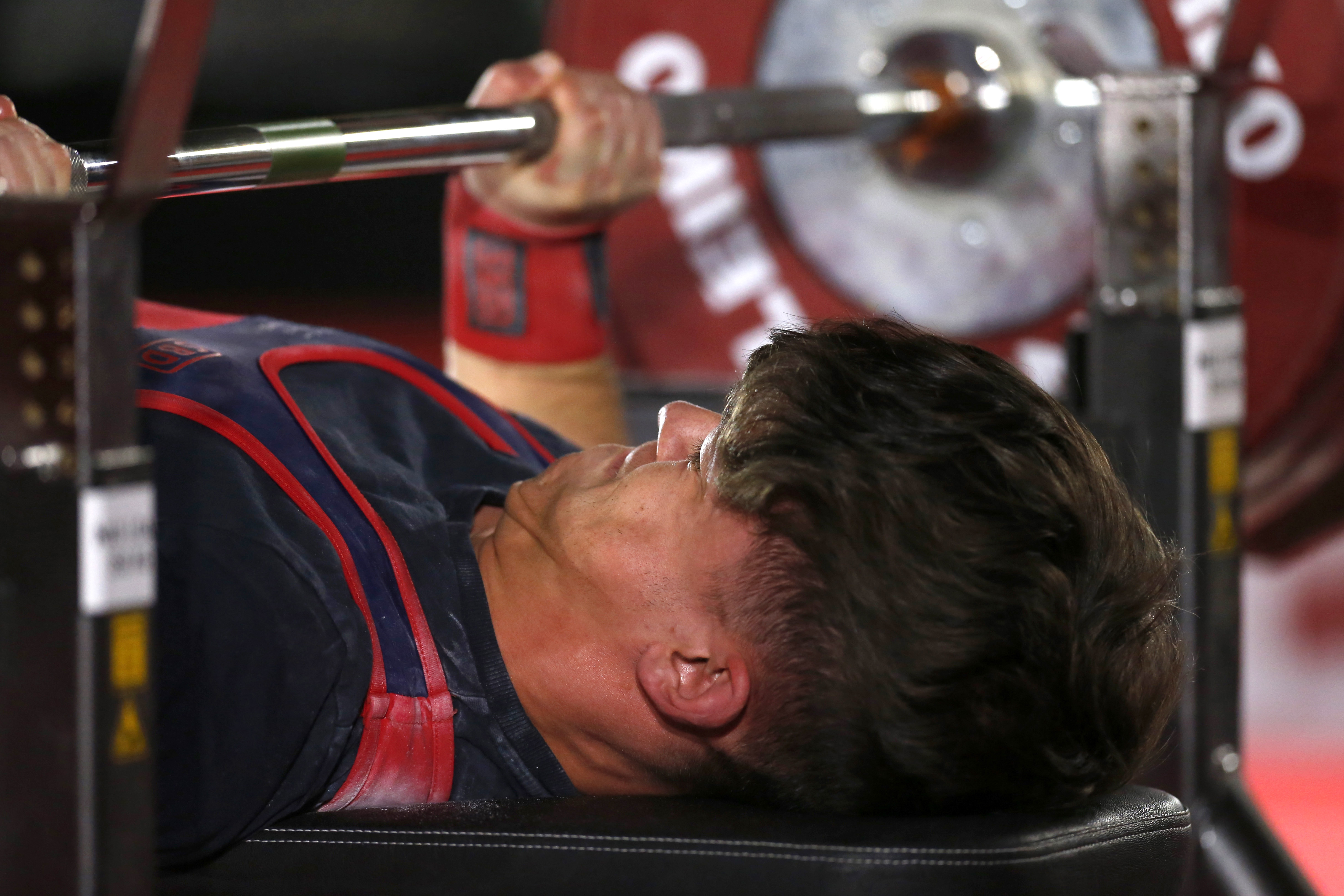 “So pleased with how it went today. I had a few targets in mind so to get three out of three and the target that I want I’m over the moon.

“[On beating his 2020 total by 28kg] Honestly looking at the last year it is crazy. Where it’s gone, how it’s gone. It’s just about staying consistent and turning up to every training session with the same mentality to train and recover.

“I knew it was going to be tough today, but to walk away with three out of three. Target archived I’m lost for words.

“To get the bronze last year in the 49’s, then to get the gold this year in the 54’s. I’m lost for words to be honest. Such a good reward for quite a difficult year I think with there being no competitions.”

The competition continues behind closed doors from Friday 26 – Sunday 28 March and you can watch every lift live on the British Weight Lifting Facebook page.