Congratulations to the two athletes that have officially qualified for the 2022 Birmingham Commonwealth Games. 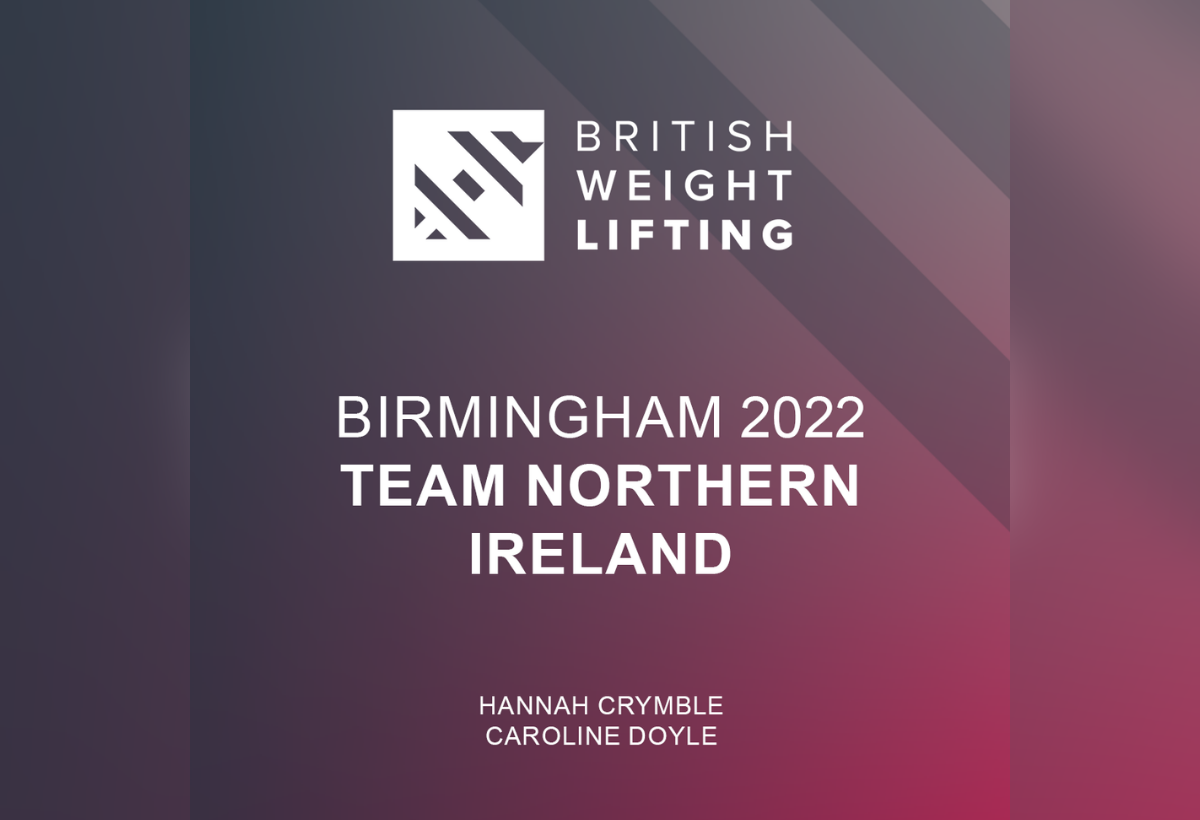 Hannah Crymble and Caroline Doyle have been selected to represent Team Northern Ireland at this year’s Commonwealth Games.

Hannah Crymble is top ranked in Northern Ireland and currently fifth on the national rankings in the women’s 59kg class. Hannah’s best in competition total as a 59kg lifter is 181kg which she made at both the 2021 British Open Series and 2021 BUCS Championships.

Caroline Doyle is ranked number 1 in Northern Ireland and fourth in the UK in the women’s 64kg category. Caroline’s best in competition total as a 64kg lifter is 184kg in the British Open Series 2021 after snatching 84kg and clean and jerking 100kg.

Caroline Doyle has said on her selection “I actually think the lead up to qualification felt more stressful than the lead up to the games now! I was able to compete at two British championships to work towards a solid ranking and enjoyed the lead up to both competitions. With a 4-month period to enjoy preparing for the games, I have enjoyed stripping everything back to focus on my weaknesses and zone in on my nutrition as well.

Going in to the games, I would love to say I have no real expectations but I know that if I came away in the top 5 I would be absolutely delighted. Following in the steps of the talented Emma McQuade in 2018 who finished on 4th I would love to match this too!”

British Weight Lifting would like to congratulate Hannah and Caroline and wish them all the best in training in the lead up to the Birmingham Games.