The World Anti-Doping Agency (WADA) has published the 2019 List of Prohibited Substances and Methods, and UKAD has pulled out all the key bits you should know before it comes into effect on 1 January. 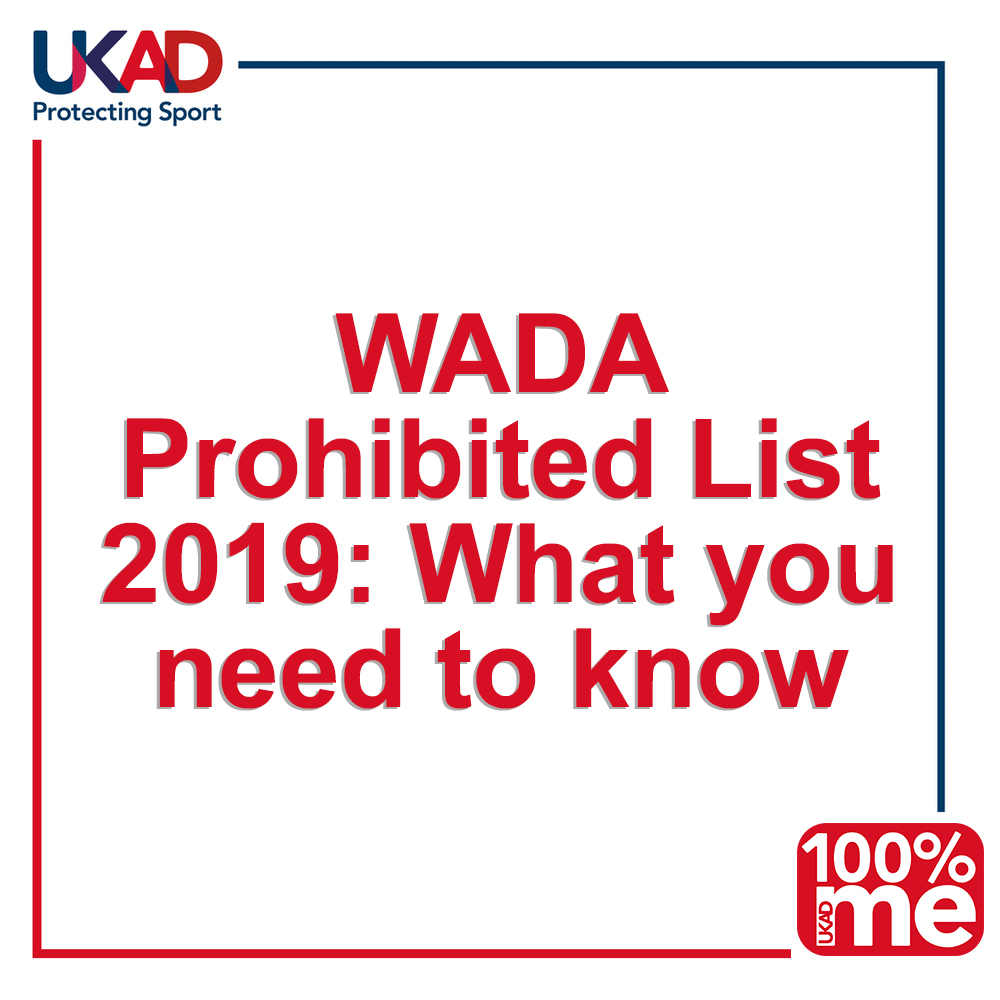 Whether you’re an athlete, coach, physio or doctor, it’s vital you are aware of the changes, so you don’t get caught out and end up with a ban from sport.

The List outlines substances and methods which are banned both in and out-of-competition, but it is not exhaustive as most categories only include common examples. It’s updated every October, giving you time to get to grips with any changes before the New Year, but please also be aware that changes can also be made to the Prohibited List throughout the year.

The full List can be quite dry to read unless you’re into chemistry, but it contains vital information you need to know when training, competing or working with athletes. Fortunately, there are no major changes for 2019, but grab yourself a cup of tea, settle into a comfy chair and please take the time to read the summary below.

Several of the changes relate to supplements, or ingredients commonly found within them. UKAD advises athletes to take a food-first approach to nutrition where possible, as no guarantees can ever be made that a supplement is free from banned substances.

Here are the key things you need to know about the 2019 WADA Prohibited List:

If you’re in any doubt about any medications or their ingredients, you can check them on the Global DRO website. Supplements can be checked on the Informed Sport website, but please be aware this only minimises the risk, no guarantee can be given that any particular supplement is free from prohibited substances.

Athletes who have a legitimate medical reason for using a prohibited substance or method which is on the List, can apply for a Therapeutic Use Exemption (TUE).

A summary of the major modifications and explanatory notes can be viewed here.