The Virtual British Championships took place between 30 June and 7 July, providing lifters with the opportunity to once again compete and provide a focus for their training, with the much-anticipated ability to return to their clubs. 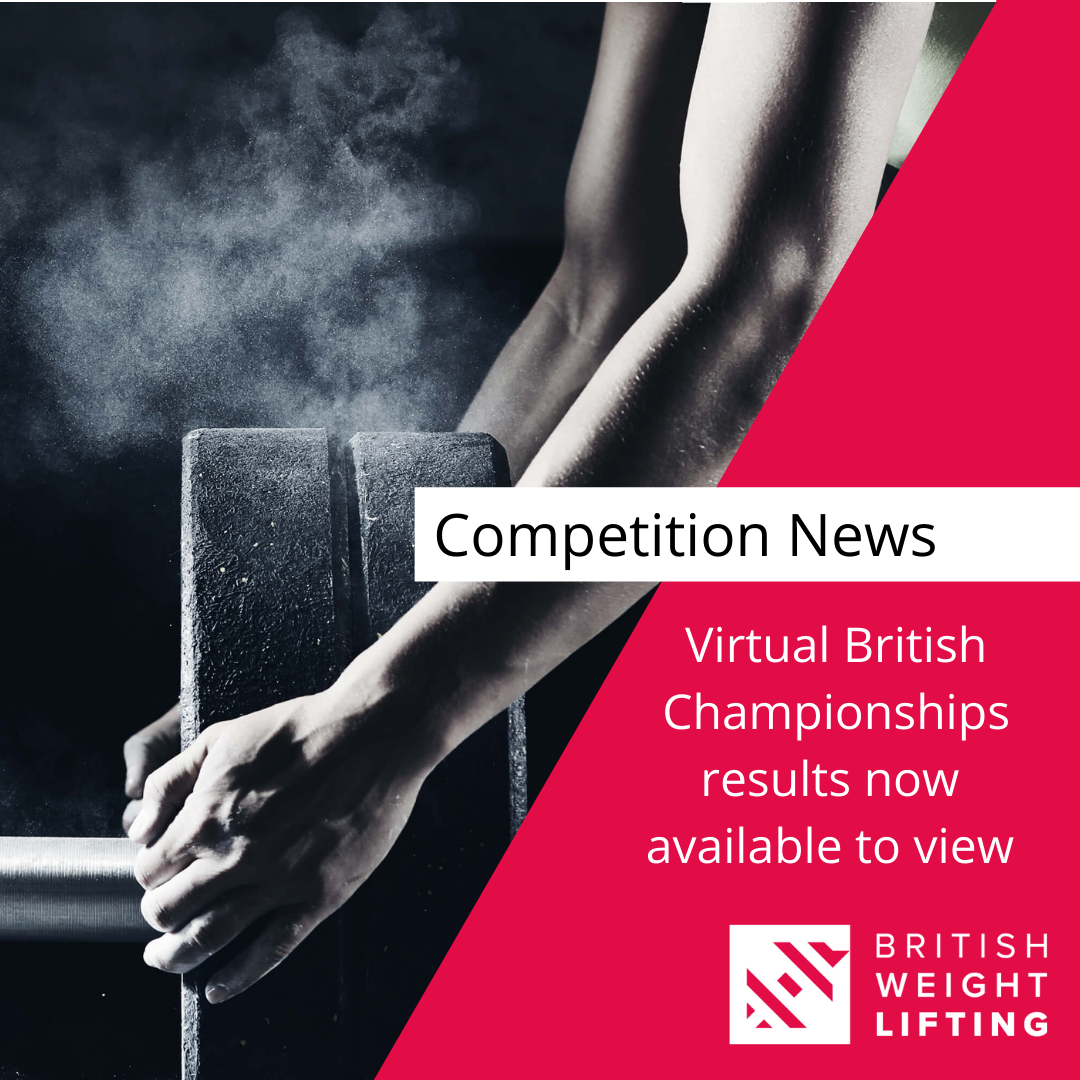 The event saw an unprecedented number of entries from across the UK with lifters from development all the way up to masters, entering the competition.  In total there were 425 lifters, many entering a national competition for the first time. The number of female entries was significantly higher than their male counterparts, highlighting the vastly growing popularity of weightlifting amongst the female population.

There were also many stand out performances across all the age groups and categories, highlighting the ever-growing strength and development of weightlifting in the UK.

The largest total in the men’s senior competition was a highly impressive 350kg by Cyrille Tchatchet in the male 96kg class, this was also the highest Sinclair score of the entire competition with 394 points.

The largest total in women’s competition was recorded by Leah Clark with a fantastic 216kg total in winning the 87+ class, following up from her winning performance of 210kg at the British Championships held at St Mary’s University in June. Laura Hollobon in the 59kg class had the highest Sinclair points total amongst the female competitors with 250 points and a 183kg total taking a well-deserved first place.