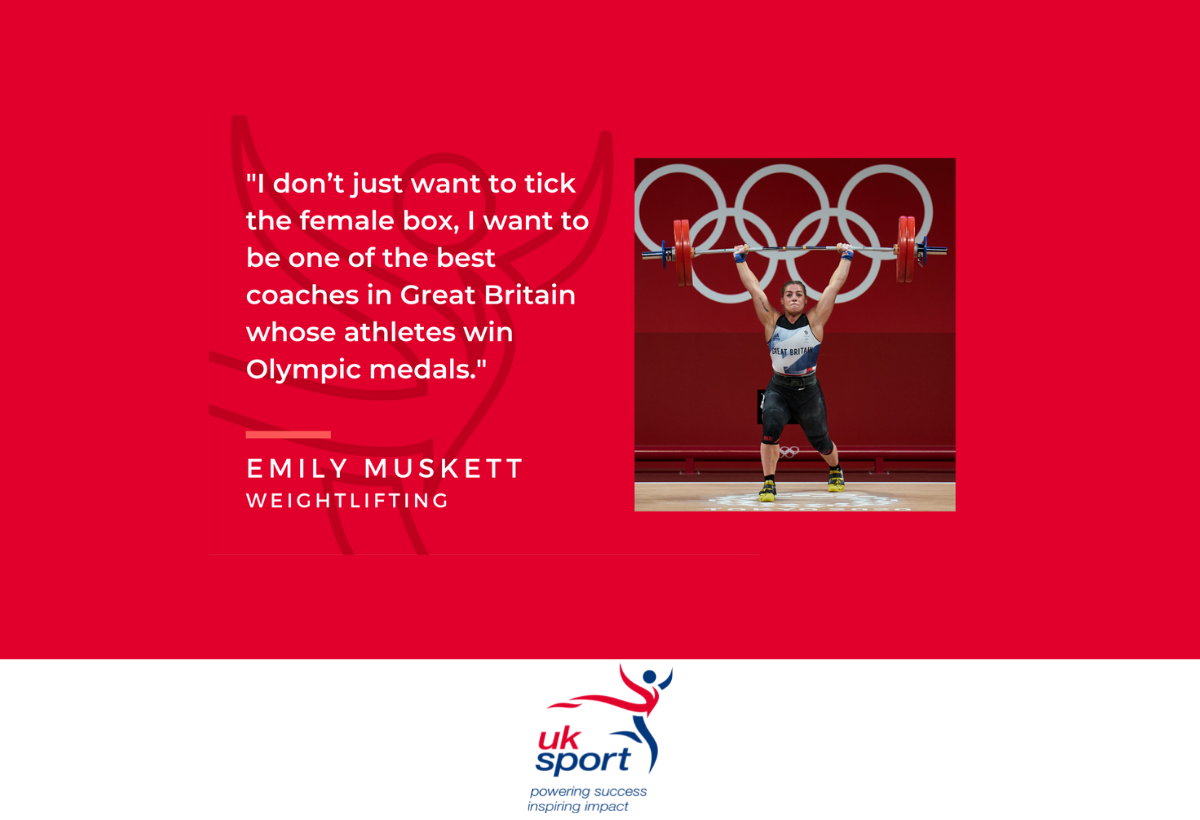 UK Sport announced the return of the ground-breaking project, opening spaces for 24 female coaches nationwide. The programme is designed to help some of the brightest female coaching talent from across sport to hone their skills. It also plays a critical role in demonstrating that coaching on the Olympic and Paralympic stage is a viable career for women. The new set of coaches have been identified as having the potential to coach at the summer and winter Olympic and Paralympic Games from Paris 2024 and Milan-Cortina 2026 and beyond.

Emily Muskett, Team GB Olympian and British Weight Lifting talent lead, was one of two weightlifting coaches selected for the programme. When speaking about the project, Emily said “I don’t just want to tick the female box, I want to be one of the best coaches in Great Britain whose athletes win Olympic medals”.

The second weightlifting coach selected for the programme is Jenny Tong, who has represented Great Britain for the sport, and is British Weight Lifting northern talent pathway lead. When speaking about her selection, Jenny said “Coming from the traditionally male dominant sport of weightlifting there is a notable shortage of female role models within coaching to learn from”.

As part of the coaches & high-performance programme, participants will be offered support and development opportunities, including observing their assigned coach leader in their environment, exploring three fundamental topics to career development – namely leadership, environment and transition – as well as continuously engaging in discussion and debate to consolidate their learning.

Read more about the programme on the UK Sport’s website here.