The pandemic has brought with it swathes of uncertainty, delays, and anxiety. Yet, in the midst of another lockdown, our GB squad of para powerlifters have remained staunchly dedicated to their sport. 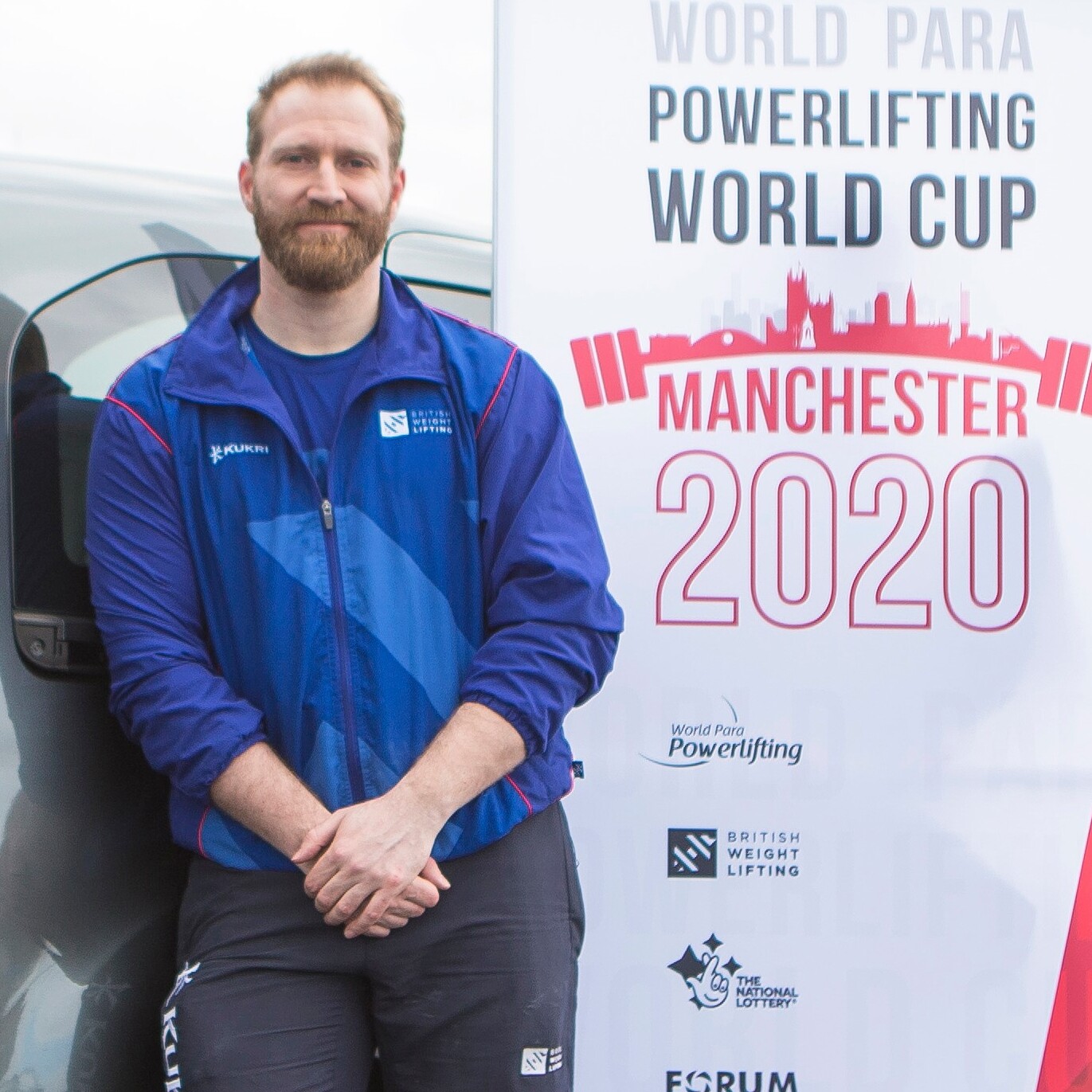 With crucial ranking places for the rescheduled Tokyo Paralympics riding on their performance in Manchester this March, the World Para Powerlifting World Cup is set to be nail-biter.

Tom Whittaker, British Weight Lifting Performance Director, heads up the para powerlifting programme. Here he explains how the decision to bid for the event came about.

“We needed to support our athletes in whatever way possible.  When the pandemic hit, we didn’t know what the future held, so we took it into our own hands. We decided to host the event in the UK, as this would be of great value to the athletes and would perhaps attract some new participants to the sport. We’re incredibly grateful to have such strong support from Manchester City Council and UK Sport to make this happen.”

The event will be returning to Manchester for a second time, after a successful inaugural event in February 2020. Tom reveals, “Last year was the first year we hosted, it was fantastic! We exposed the British public to an event only found online usually.”

And the British public weren’t the only people to benefit from a UK-hosted event, the athletes spent less time travelling, an advantage which was reflected in their performance and led to nine senior and three junior medals for the team, and many athletes smashing personal bests.

Athlete training adapted around the pandemic

In a world of uncertainty how did the elite squad ensure their training was up to the mark?

Though the team already had virtual coaching services in place, it wasn’t until lockdown that they were forced to put them in action. “We had to up the ante, we were communicating over every online platform imaginable,” Tom reveals. “Where the athletes could train productively at home, they stayed at home”, he adds, “our remote coaching strategies were already available, but the pandemic just put them into focus.”

And with the right equipment set up at home they’ve mastered remote training and held on to their individual targets.

Yet there is a certain camaraderie about training with the full team. “You miss the small talk, the chats in the corridor, it brings ideas to mind about how we can improve performance”, explains Tom.

“But, it goes beyond training, it’s a good opportunity to check in with the athletes’ mental wellbeing,” he says. “It’s a confusing time and can cause havoc for those who have been working to a strict routine, it’s important to check in on mental health as well as the physical side of training.”

The rescheduled road to Tokyo

For many athletes, the Tokyo Games was the finish line. They’d worked resolutely on just getting there, so when it was rescheduled that dream came crashing down.

Tom and the whole performance team put athlete mental health as a top priority. “Some athletes spent years training for Tokyo, the uncertainty around the event can be destabilising” says Tom, “we worked heavily with those athletes, we helped them understand it was out of their control and gain the right perspective on how to continue moving forward.”

For others, an opportunity was born.

As the next wave of elite lifters were granted an additional chance to compete internationally prior to the Games.  Often there is heavy focus only on the athletes likely to go the Paralympics in the year of a Games. However, the home location gives new, talented individuals another chance to shine and show their future potential.

Those who were in prime qualification spots last year will have to work extra hard to hold their place as the next generation chomps at the bit to qualify.

The other major difference this year will be the notable quietness at Wythenshawe Forum.

“Having no crowds has the potential to affect performance,” Tom admits. “However, their training includes how to manage crowd size, we’ve prepped for this and it won’t cause much impact.”

Is this the future for elite sport events?

No one can really predict what the future of sport will look like. We know for sure it will be a while before crowds are welcomed back. As Tom puts it, “Longer term, it’s crystal ball time.”

In the short term, Tom and the team will put measures in place to make sure the athletes still receive first-rate coaching. “We’ll have smaller groups, and stagger training,” he explains.

Even while at home, the athletes have held onto their targets which proves that remote coaching can work. And the pandemic has brought heightened awareness of physical and mental health, Tom concludes, “You have to place equal importance on both, without good mental health the athletes won’t make physical progress.”

If all the events go ahead as planned, it’s shaping up to be a busy year for our GB squad with Tokyo being the end game in August. They’re fired up so let’s see what happens!

For more information about the GB athletes set to compete in Manchester click here.

The Manchester 2021 World Para Powerlifting World Cup takes place from 25-28 March. The event is behind closed doors but keep an eye on the British Weight Lifting social channels for more information about how you can follow the team from home.