British Weight Lifting would like to congratulate BWL member Cyrille Fagat Tchatchet II on getting selected as part of the IOC Refugee Team for the Tokyo 2020 Olympics. 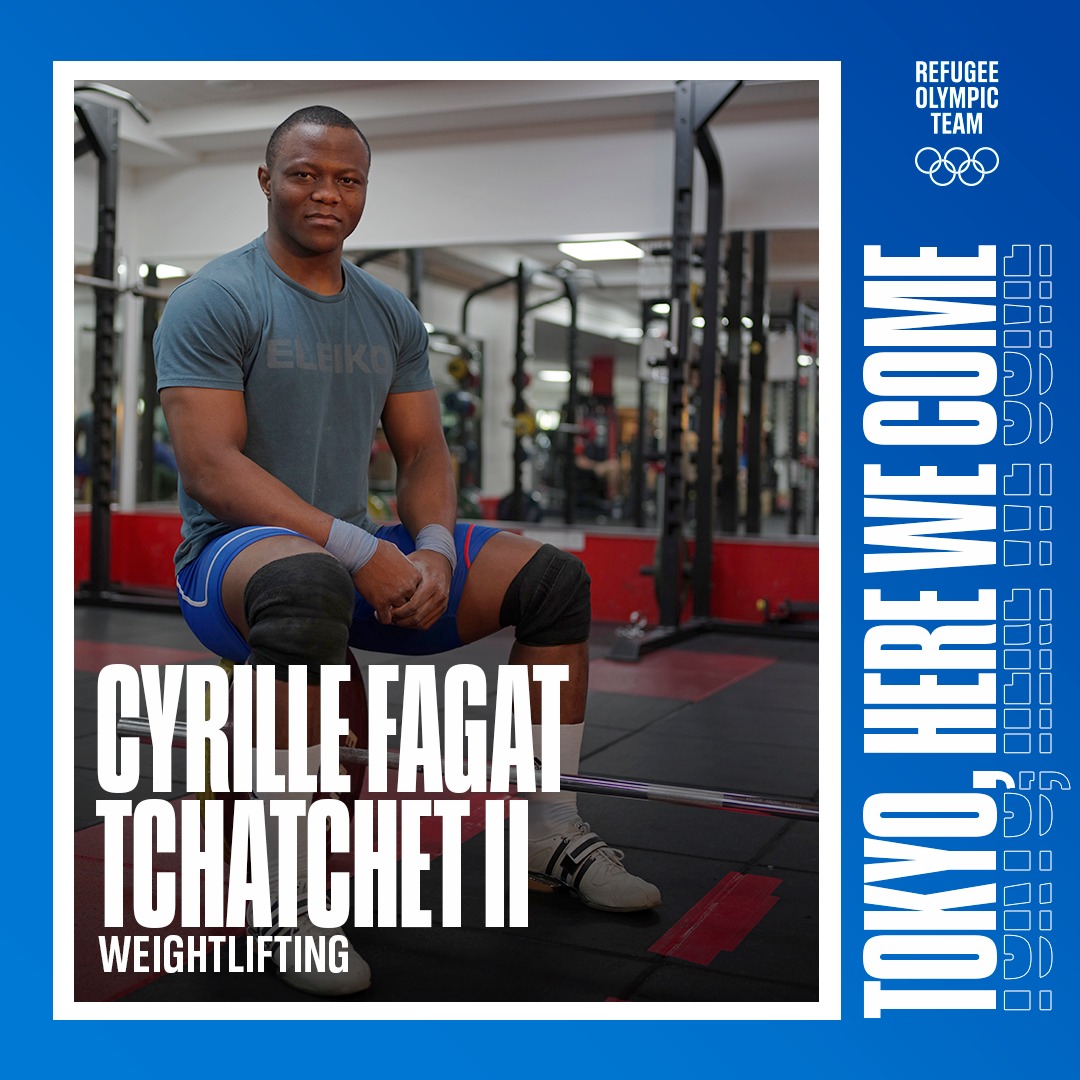 Tchatchet is a popular and well-liked member of our weightlifting community, often lifting the biggest totals at national events.

He first arrived in the UK in 2014 representing Cameroon at the Commonwealth Games finishing 5th in the Men’s 85kg category.  However, after being unable to return home and being left in limbo, he successfully applied for asylum and was allowed to remain in the UK.

Unable to represent a nation at International competitions due to his status, Tchatchet has been ever-present at British Weight Lifting events showcasing his skills on the domestic circuit racking up five consecutive England titles in a row, as well as being crowned British Senior Champion twice.

He holds British records in the 96kg category and also across the board at 102kg level with a huge total of 360kg in the latter.

Furthermore, he has been a big player at the British Universities & Colleges Championships in recent years. Flying the flag for student sport, he has won various titles for Middlesex University where he studied Mental Health Nursing to help others while training under the tutelage of coach Shyam Chavda.

Word of Tchatchet's talent reached the International Olympic Committee in 2019, who began to fund him towards the goal of representing the Refugee Team.

Over the past few years Tchatchet has shown great courage and resilience to overcome adversity. His ability to battle on and perform consistently at a high level amidst the uncertainty of his situation demonstrates what an inspirational athlete he is, and we are delighted for his latest achievement.