These girls can still weightlift tour

Two teachers who were previous GB weightlifters, Dyana Altenor and Jennifer Maysmor-Gee, are touring England and Wales to encourage and motivate lifters with their weightlifting skills after lock down and are hoping to raise money in the process. 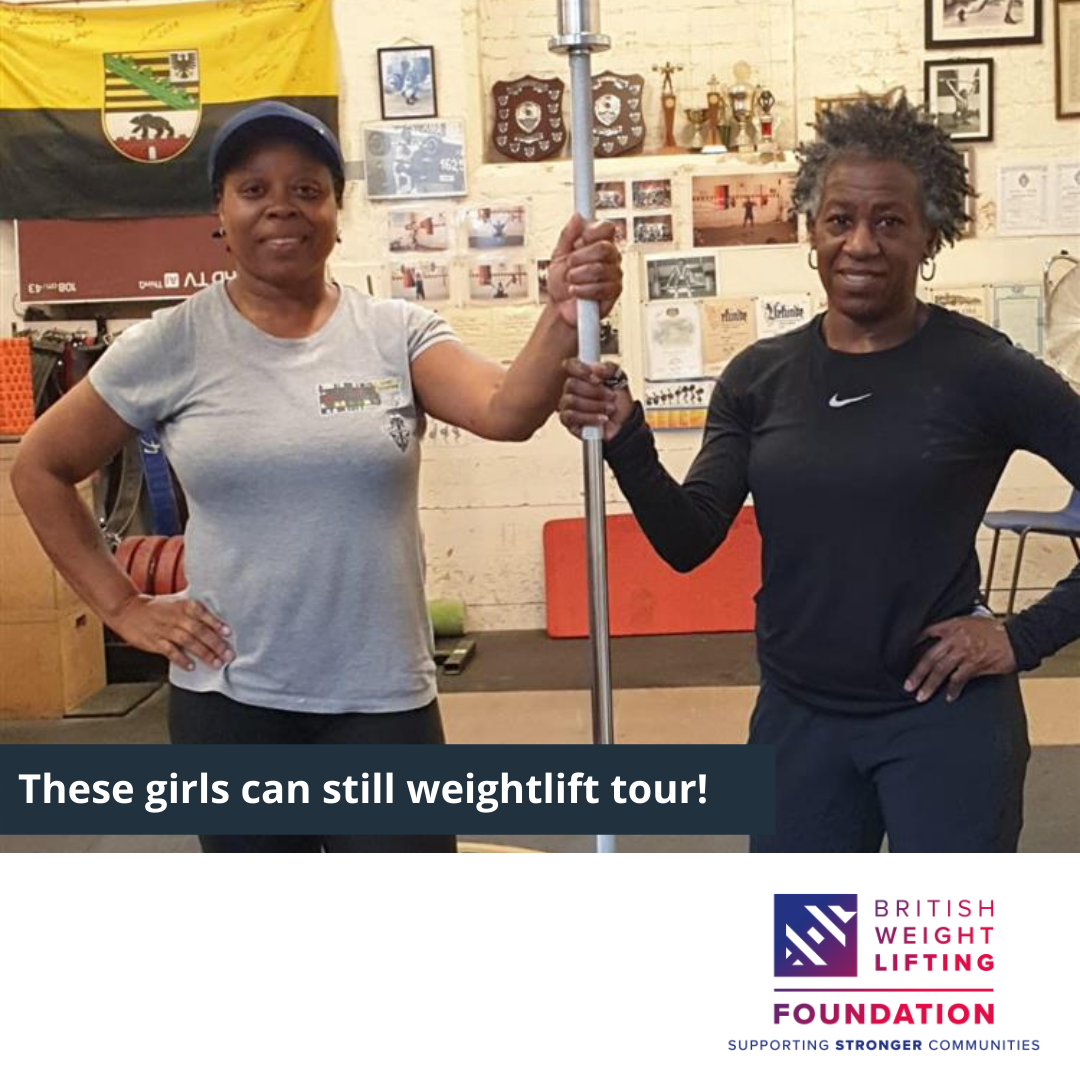 The tour came from a conversation of not knowing what to do when Dyana and Jennifer broke up for the summer holidays. They were reluctant to travel abroad this year and so have decided on a staycation road trip around England and Wales as part of an effort to make a comeback in weightlifting themselves!

They are largely doing this for fun but would also like to raise some money for the British Weight Lifting Foundation as they go along. Their challenge is to visit and train in eight weightlifting clubs in England and Wales in just over a week.

They’ll be posting updates on Facebook (The "These Girls Can Still Weightlift" Tour) and Instagram (#thesegirlscanstillweightlift) which we are sure you will be excited to follow!

If you want to give them some support and say hello, they’ll be at the following weightlifting clubs:

Here is a link to their Just Giving page. Dyana and Jennifer would be grateful for any donations made to help keep them focussed!