British records were broken, new personal bests were achieved, and British Champions were crowned. Here’s a round up of all the action from this weekend’s competition: 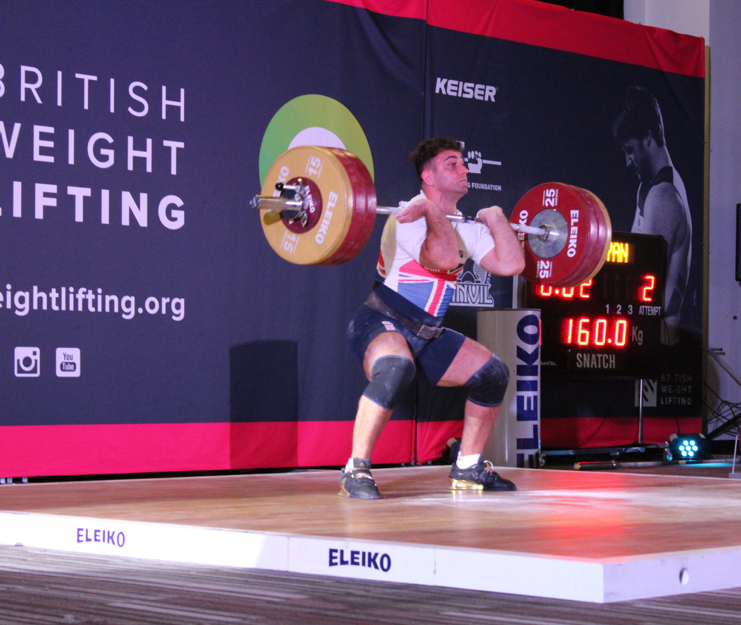 The opening session of day 1 was the Women’s 48kg and 53kg class which saw Samantha Franklin and Aurelia Liu claim Gold.

Session 2 saw Chris Murray secure Gold in the Men’s 77kg class and Commonwealth Silver medallist Sarah Davies walk away with Gold in the women’s 63kg class with a total of 197. In the Men’s 85kg Guy Michel Tchuissi secured Gold.

Commonwealth Games Bronze medallist Emily Campbell finished with a total of 240kg to secure Gold in the Women’s 90+ category.

In the women’s under 61kg after 3 successful lifts Olivia Broome walked away with the Gold medal finishing at 84kg.

The final group in the Para Powerlifting Championships was the Men’s over 72kg category and saw Micky Yule become British Champion with three successful lifts and a best result of 183kg.

The top club points were achieved by Atlas Gym in the British Seniors and Help For Heroes in the Para Powerlifting Championships.