Ahead of The Birds Eye British Championships here is a group by group preview of the female athletes who are set to make an impact at the International Open event. 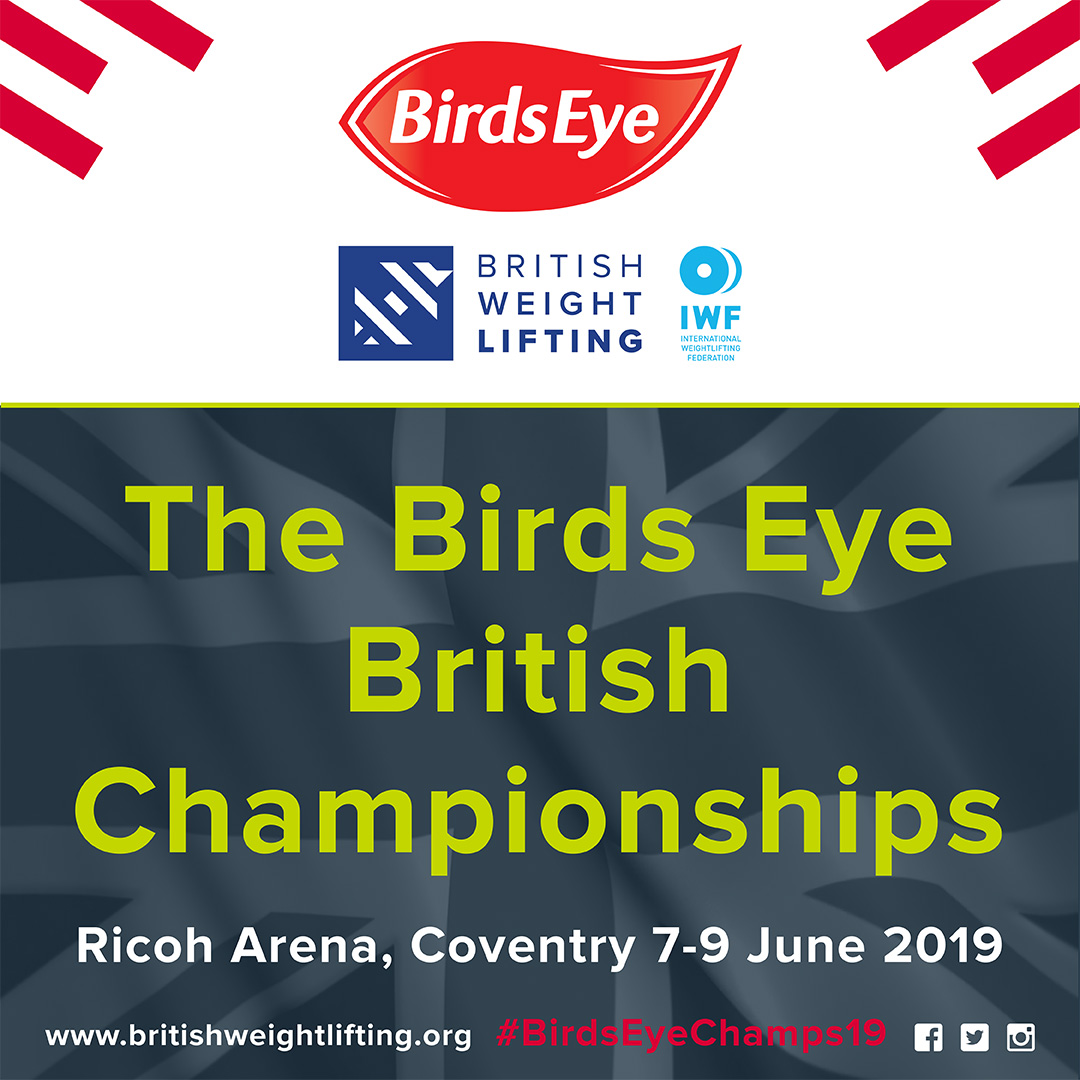 Zhang Rong is the firm favourite for the 49kg class. The Chinese lifter took a bronze medal at the Asian Weightlifting Championships earlier this year. She enters the event with an impressive haul of 205kg which is 52kg clear of her nearest challenger. The battle for second spot should be more closely contested as Kelly-Jo Robson will be up against fellow Team GB squad member Hannah Powell. They will be opening on 153kg and 147kg respectively

Two-time European Gold Medallist Elena Ramona Andries is the clear frontrunner in the 55kg division. The Romanian has an entry total of 200kg which is already 10kg higher than her winning score from Batumi in April.  America’s Jessica Marie Saxon has the next best score with 186kg. She is ranked 5th nationally in the States. Great Britain’s Fraer Morrow is a further 4kg back. The Commonwealth Games competitor will be looking for a good result in Coventry to get her international career back on track after missing the Europeans, but she faces a strong challenge from Norway’s Sarah Orteza Hovden Øvsthus who starts on 180kg. Øvsthus is experienced in competing across the continent as earlier this year she took 9th spot in the Europeans. Amy Williams is also set to compete following her 13th placed finish at the Euro’s and will open on 173kg.

Only 5kg separates America’s Sara Elizabeth McLendon and Norway’s Sol Anette Waaler in the race for the 59kg title. The latter is a two-time national silver medallist and ranked 15th at the Europeans. McLendon meanwhile holds third spot in the USA rankings and has entered this competition with a total of 200kg. There are also two British contenders for the final international podium spot. Europa’s Olivia Blatch has submitted an opening weight of 182kg and will be looking to build upon her performance at the Europeans.  Meanwhile Jennifer Tong of Hallem Barbell will be trying to spring an upset with a starting position of 174kg.

Qatar Cup winner Huang Ting holds a 6kg advantage heading into the Woman’s 64kg group. The Chinese lifter is set to open with 230kg and has previously won the World Junior Championship. However, most of the media attention will be focussed on her British rivals as only 1kg separated Zoe Smith and Sarah Davies at the European Championships in Georgia. Davies has dominated the British Championships for the last two years and took a 6th place finish at the World’s in 2017, but it was Smith who emerged with a European medal this year by the narrowest of margins.  The Smith/ Davies battle is one of the most eagerly anticipated events of the weekend.

The field for the 71kg competition is fairly spread out and should remain fairly static unless someone fails to finish. Former World Champion Loredana Elena Toma is the Number 1 seed with an entry total of 240kg. The Romanian has taken three European titles in three years off the back of two successive Silver medals. With a starting advantage of 47kg Toma is expected to record a comfortable victory, but should she slip up on the day then Team GB’s Sally Bennett would be the first to benefit. She has an entry total of 193kg and only made her international debut in April. However, Bennett has had plenty of success on home soil having won the British title at the Ricoh last year and emerged victorious at the English Championships in January. There is only 3 eligible lifters for the International Open in this group so Lithuania’s Gintare Brazaite is guaranteed a medal providing she records a classified total. She is set to start out on 177kg.

China are bringing their A team to the 76kg event in the form of Kang Yue & Su Xiaoqiong and both will be starting on 250kg. Yue finished runner up at the World Championships on three occasions before finally clinching the crown in 2015.  The 27-year-old has not competed at a major international since that triumph. Xiaoqiong is three years younger and lifted 261kg on en-route to the IWF EGAT Cup title in Thailand earlier this year.

The USA looks set to dominate the 81kg division with strong performances expected from Briana Sfamurri and Phoebe Hoi-Kay Ng. They are set to open on 215kg and 204kg. Michaela Sklenickova of the Czech Republic is the third seed for the event. She finished 13th at the Europeans but will face tough competition from Rayen Cupid who is representing Saint Vincent & the Grenadines. The London based lifter is only 3 points shy of Sklenickova’s score and is well versed in this competition having previously competed in 2015, 2016 & 2017. She also took part in the Commonwealth Games last year.

China should expect a clean sweep of the top two spots in the 87kg competition. Their lifters include reigning World Champion Ao Hui who is due to start on 260kg and fellow compatriot Jia Weipeng another 10kg back. Juliana Rose Riotto is representing the United States in the category and is due to open on 234kg. She might come under pressure from Belgium’s Anna Van Bellinghen who rounds out the group on 225kg. Bellinghen finished 12th in last years World Championships and has also twice placed 4th at the Europeans.

Zhou Xiaoman is the one to watch in the 87kg+ class. On paper the Chinese lifter only has the third highest entry total at 215kg which is well down on Emily Campbell’s tally of 260kg, but at the IWF EGAT Cup Xioman lifted a mega total of 331kg. On her last lift Xioman tried to equal the world clean and jerk record of 186kg. However, two plates fell off the barbell during the lift and she couldn’t make it stick despite being given an extra attempt for the loading error.  The group could also potentially deliver a double podium for Team GB as not only does it feature Campbell but Mercy Brown as well. Each lifter has a proven track record of picking up silverware in international events. Campbell comes into the event off the back of a pair of bronze medals at The European Champion Championships in April and last year’s Commonwealth Games. Brown has previously picked up a European medal in 2016 and more recently took bronze at the 2017 edition of Universiade.