The Youth Olympic Games is the pinnacle sporting event for any junior athlete and today 42 young stars have been officially selected to represent Team GB at Buenos Aires 2018.

The Games, which run from the 6th – 18th October, will see Team GB compete in 17 of the 32 sports on the programme across 12 days of competition.

The team consists of athletes aged between 14 and 18 years old, with the Youth Olympic Games (YOG) playing a crucial role in the development of young athletes from the United Kingdom and across the world.

Ellie Pryor, 16 has been selected to represent Great Britain for Weightlifting. 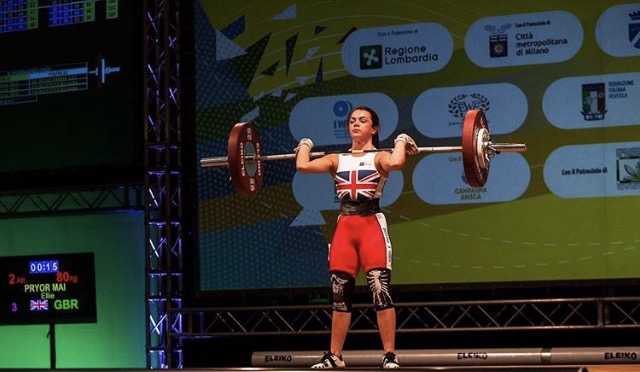 The Youth Olympic Games provides crucial multi-sport experience for aspiring Olympians and Team GB’s class of 2018 will be hoping to follow in the footsteps of the likes of Tom Daley, Jade Jones and Duncan Scott who all went on to win medals at an Olympic Games having first competed at a YOG.

Buenos Aires 2018 is expected to welcome just under 4,000 of the world’s best young athletes from 206 nations for the third edition of the Games following Singapore 2010 and Nanjing 2014. The Games will also make history through its commitment to gender equality by becoming the first Olympic event to host the same number of male and female athletes with 1,999 of each set to compete in Argentina.

On the programme for Buenos Aires 2018 are two of the new sports destined for Tokyo 2020, in sport climbing and karate, as well as a host of other new sports in hockey fives, beach handball, breakdancing, futsal and roller speed skating. Joining the athletes in Argentina will be 62 Athlete Role Models (ARMs) whose presence as Olympians at the Games will be to support, advise and inspire the young athletes. Double Olympic taekwondo champion and Singapore 2010 Youth Olympic champion Jade Jones will feature as one of two ARMs from the UK with four-time Olympian and Rio 2016 gold medallist Helen Richardson-Walsh joining Jade in Argentina.

Mahdi Choudhury, Team GB’s Chef de Mission for Buenos Aires 2018 said: “Being selected to Team GB for a Youth Olympic Games is a fantastic achievement and our 42 young athletes should be hugely proud to be heading out to Argentina next month. “Buenos Aires 2018 will offer a fantastic opportunity for our team to experience a multi-sport event for the first time and I’m sure it will act as a great springboard for their own senior Olympic dreams. “Youth Olympic Games such as Buenos Aires offer the chance for young athletes to experience life in an Olympic Village, mix with competitors from different sports and nationalities, and are given the chance to grow as individuals as well as athletes. “These events have helped shape the careers of Team GB Olympic stars such as Jade Jones and Tom Daley and we hope the same will be said for this group of young stars.”