The World Weightlifting Championships are currently taking place in Ashbagat, Turkmenistan. It has been a fantastic start for the Great Britain team so far with both Amy Williams and Kelly -Jo Robson achieving success on the platform. 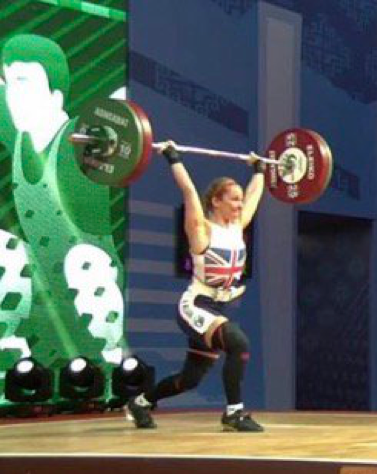 Amy Williams competed in the women’s 55kg D group, in the snatch Amy got two from three lifts recording a best of 74kg to finish 7th.

In the Clean & Jerk she got two from three lifts recording a best of 96kg to finish 5th, registering a total of 170kg to finish 7th overall.

Leonora Brajshori who was competing for Kosovo competed in the Women’s 55kg D group and recorded a total of 131kg through a snatch of 59kg and a Clean & Jerk of 72kg to finish 10th overall.