28 May – 5 June saw the finest weightlifters from Europe travel to Albania to battle it out on the platform. British Weight Lifting sent a team of 16 athletes to show the world what they can do and the athletes did not disappoint. 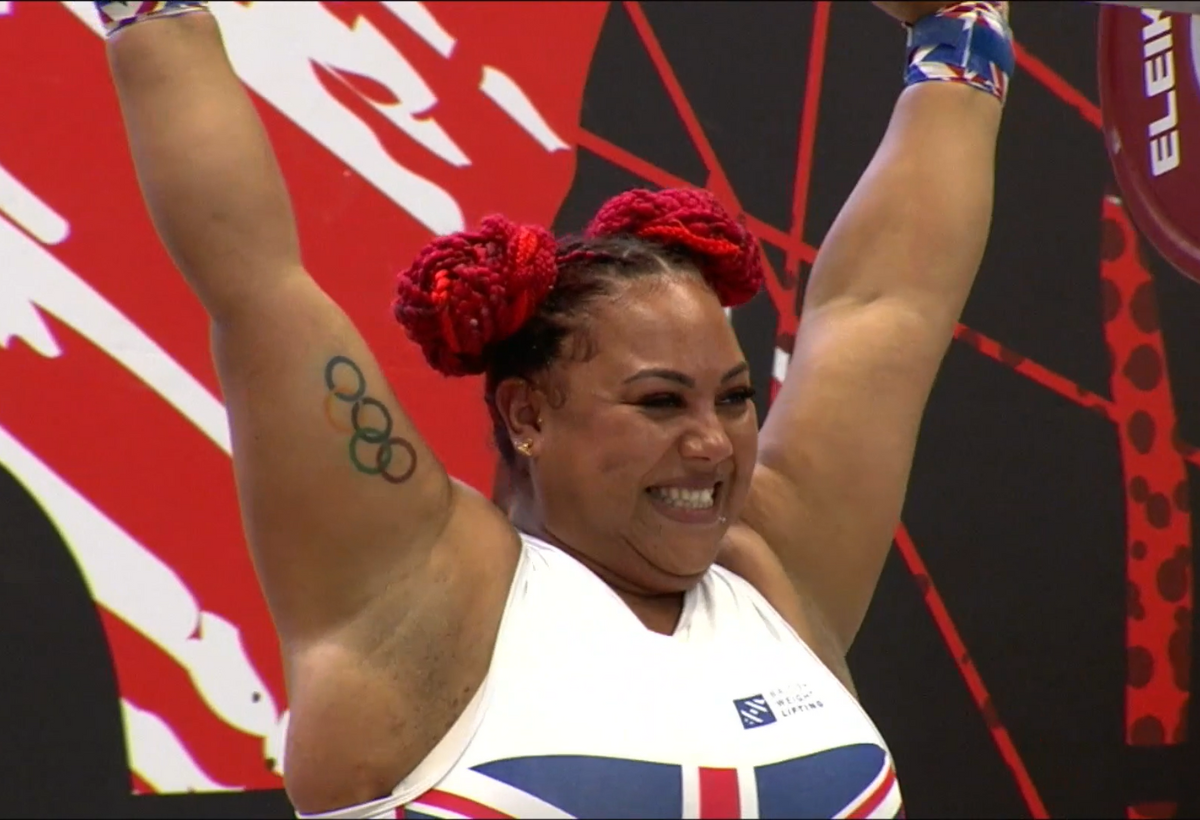 Noorin Gulam was the first GBR athlete to hit the platform on Sunday 29 May in the 55kg B group and set the tone with a fantastic performance. After missing her opening snatch at 67kg, she refocused, making the lift on the second attempt. She followed this with a strong 70kg third attempt.

Noorin opened her clean and jerks at 87kg, missed a second attempt at 90kg and made 91kg for her third and final attempt. This gave her a total of 161kg.

Fraer Morrow and Jessica Gordon-Brown were next up to compete on Monday 30 May in the women’s 59kg A category.

Jenny Tong was next in the 64kg B group on Tuesday 31 May and she gave her all on the platform, making an easy snatch opener at 82kg, followed by 85kg. Jenny then just missed out on a third attempt of 87kg.

She opened her clean and jerks on 100kg, progressing to 104kg and after standing the clean, made light work of the jerk. She got under her third attempt of 106kg but just missed standing it up. This gave Jenny a total of 189kg.

Mikey Farmer and Jon Chin also competed on Tuesday, both in the men’s 73kg B group.

Jon put in a great shift and after having been busy with exams following the England Commonwealth Trials, managed a huge total. He made light work of his 120kg snatch opener, then put in some work to save his 124kg snatch and just missed out on his last 128kg attempt.

After clean and jerking 156kg, Jon’s 160kg got no lifted by the referees and after being called into question was still deemed a no lift. Jon then added 3kg to make an amazing final attempt, totalling 287kg.

Mikey put on a show with a 128kg opener. He went up to 132kg but unfortunately missed this twice.

After missing a 158kg clean and jerk opener on the jerk, Mikey refocused, coming out to make light work of the weight on his second attempt. He then missed his third attempt at 162kg, giving him a huge total of 286kg.

Erin Barton competed in the 71kg A group on Wednesday 1 June. Erin unfortunately missed her 3 snatch attempts behind at 86kg, after fighting in the receive position.

Erin opened her clean and jerks with an easy 114kg attempt. She came out on 118kg and after battling the clean, just missed out on the jerk. Erin attempted this again and after a better clean, secured the bar overhead, but the lift was deemed a press out.

In the Clean & Jerk Chris successfully lifted 173kg and 177kg to match his current British record. Unfortunately, he was unsuccessful at his third lift of 180kg which would have been a new personal best. Chris finished with a total of 320kg making him sixth in Europe.

On Thursday 2 June, Katrina Feklistova competed in the 76kg A group. Katrina opened on an easy 87kg snatch, followed by a solid 90kg. She took her third attempt at 94kg but just lost the bar behind.

Katrina opened clean and jerks at 112kg and after her first attempt was deemed a no lift (press out), she followed herself to re-do the weight. She took her third attempt at 115kg and just slipped back after catching the clean. This gave Katrina a huge 202kg total.

Debbie Alawode was up next on Friday 3 June in the 81kg A group. Debbie snatched 89kg, missed 92kg but was successful at this weight on her third attempt.

In the clean and jerk, Debbie missed her first lift of 114kg, was successful on her second attempt at 114kg but missed her final lift of 118kg. This gave Debbie a total of 206kg.

Cyrille Tchatchet II also competed on Friday in the 96A group. Cyrille took his first snatch of 148kg for a walk to the front of the platform and managed to save it with incredible strength. He then refocused and came out with a textbook 152kg. He then attempted 156kg to match his British record but just missed out on securing the bar in the receive.

Cyrille opened his clean and jerks at 185kg. He followed with 190kg, just 1kg under his British record, but missed the lift. He came out again to secure this weight for a good third lift attempt. This gave Cyrille a huge 342kg total.

Saturday 4 June saw Andy Griffiths take to the platform in the men’s 109kg A group at his international debut. Jordan Sakkas was due to compete in this group too, but he unfortunately withdrew his entry after managing an injury.

Andy opened his snatch with an easy 152kg snatch. He followed with 156kg for this second and third attempts, but just missed out on securing the bar overhead.

Andy took his first clean and jerk at 177kg and after an incredibly easy clean, missed the jerk. He repeated this for his second attempt, just missing out on the jerk again. He recomposed and came out for his third attempt at 177kg, making the best clean yet, and securing his jerk. This gave Andy a huge 329kg total.

Sunday 5 June saw Mack Middleton and Gordon Shaw in the 109+kg B group and Emily Campbell in the 87+kg A group.

Mack opened his snatch at 150kg, he followed with a 155kg attempt, which was first deemed a good lift but then was overturned by the jury. His third attempt was a success at 157kg.

Mack opened his clean and jerks at 185kg, but unfortunately missed out on his second and third attempts at 193kg and 195kg respectively. This gave Mack a huge 342kg total.

Gordon opened his clean and jerk at 188kg which was white lighted, but got overturned by the jury. He came out to re do this weight and was successful and then made his final lift of 196kg. This gave Gordon a huge 365kg total.

Luckily, it all came together and Emily had a fantastic day at the office. Emily went 3 for 3 in the snatch, making 110kg, 114kg and 118kg look easy.

Emily then went 3 for 3 in the clean and jerk, making 142kg, 148kg and 153kg. The smile on her face after her last lift was infectious and she gave the viewers added entertainment with a celebratory twerk on the platform.

This gave Emily a huge 271kg total, a snatch gold medal, a clean and jerk gold medal, a gold medal in the total and kept her title as European Champion.

British Weight Lifting would like to congratulate all the athletes on their performances, along with their hard work and dedication in the lead up to the event. We would also like to thank all coaches and support staff involved in getting the team ready and handling the competition logistics on the day.

We are proud to announce that the women’s team came third and the men’s team came eighth in Europe, making Great Britain the highest ranked Western European Nation in the competition.