After a successful summer Paralympic Games where ParalympicsGB won three medals in Tokyo, the Great Britain Para Powerlifting team is all set for their next international event at the World Para Powerlifting Championships in Tbilisi, Georgia which is taking place from 27 November- 5 December. Today British Weight Lifting is delighted to announce the squad who will be competing in the prestigious world-renowned competition. 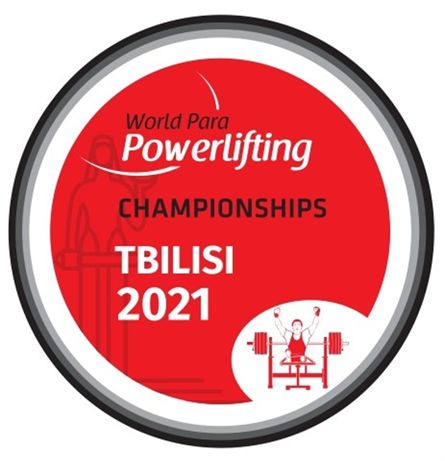 Great Britain have selected a progressive squad containing a nice blend of youth and experience with all three Tokyo bronze medallists set to feature alongside some new and familiar faces.

All three will be looking to build upon their impressive podium performances at the Paralympic Games.

London and Rio Paralympic medallist Zoe Newson is also set to compete in the Women’s 45kg competition. She won a bronze medal at the 2017 World Championships in Mexico, and will be one to watch having finished a strong fourth in Tokyo.

Liam McGarry lifted a British record of 210kg at the Dubai World Cup earlier this year and the two-times Manchester World Cup medallist will be lifting against the world’s best super heavyweights in the men’s senior 107kg+.

There are also two new athletes making their international debutants in the men’s 72kg category. Olivier Liddle will be representing in the junior category and Matthew Harding will be turning out at senior level.

Speaking on the squad selection Whittaker said: “It’s an exciting opportunity to get back out on the international platform so soon after the Paralympics. It’s also a challenge. Across the team individuals are in very different positions. Some haven’t competed internationally since March and will want to demonstrate good form. Others will be looking forward to a rest afterwards having competed at the games and others are competing for the first time. A variety of aspirations, expectations and on the top of it all we need to hit our targets.

“It’s the first mandatory event for Paris and last qualifier for the Commonwealth Games which adds further dimension and pressure. The staff team are excited to see who can back up performances, deliver for the first time in a while or deliver at their first international full stop. Lots to learn.”

“Following a most successful Paralympic Games, I am delighted that we are sending such a large team to this year’s World Championships,” “said BWL CEO Ashley Metcalfe.

“It really shows how far the sport has developed over the past 4 years. Hopefully all our lifters will enjoy their time in Tbilisi, lift in line with their expectations and use the experience to kick start the new cycle in a positive fashion.”

The full squad is available to view below.