It is with great sadness that British Weight Lifting has recently learned that one of our most tenacious and resolute Olympic weightlifters, Sylvanus Blackman, has passed away at the age of 87.

British Weight Lifting would like to send our deepest condolences to his friends and family and pay tribute to a courageous figure who represented Barbados, England and Great Britain with distinction in an international career that spanned over a decade. 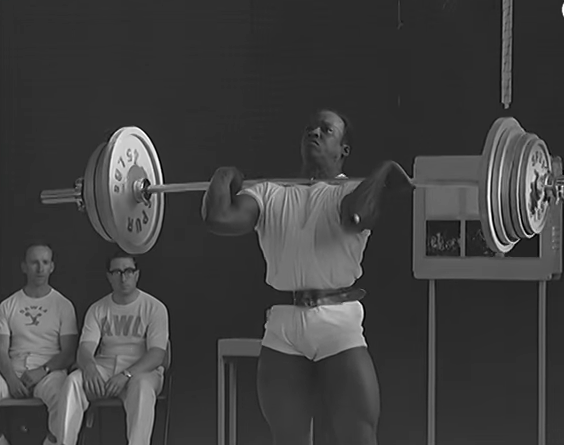 Sylvanus Timotheus Blackman was born on 1 July 1933 in Bridgetown, Barbados. He represented his country of birth, at the 1958 British Empire and Commonwealth Games in Cardiff, Wales and won a Silver medal in 82.5 Kg.

Eight years later he represented England and won another Silver medal in 82.5 Kg, at the 1966 British Empire and Commonwealth Games in Kingston, Jamaica.

Blackman also competed at three Olympic Games representing Great Britain at Rome 1960, Tokyo 1964 and 1968. He recorded a best result of 10th at Tokyo which was also recognised as that year’s World Championship event.

Embedded below is a video of Blackman in his element, competing at the 1964 Olympic trials at the Crystal Palace Sports Centre alongside World Champion Louis Martin, Commonwealth Gold Medallist Chung Kum Weng and Multiple Commonwealth Silver Medallist George Manners.