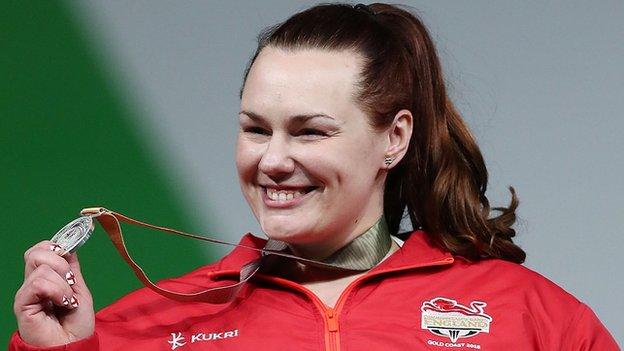 The reigning European Champion survived an intense battle with Brazil’s Tayana Medeiros in the woman’s up to 86kg class that went right down to the wire.

Sugden missed her first two 111kg lifts which were ruled out on minor technicalities. However, she responded well to the situation by lifting 112kg on her final attempt to place third provisionally.

This put pressure on Medeiros who attempted 113kg for the final podium position. However, the Brazilian failed to produce a good lift so Great Britain took home the medal. The result was an international personal best for Sugden by a total of 2kg.

Earlier in the event Olivia Broome won a Junior Gold and a Senior Bronze medal lifting 87kg , 90kg and 92kg in the up to 50kg category, achieving a new personal best in the process.

Scotland’s Micky Yule also competed in the men’s up to 80kg class and secured a Bronze medal lifting 180kg, 186kg and 188kg.

All three members of the squad came away occupying high World Ranking positions which is essential for Paralympic Qualification.