As part of the Great British Week of Sport we are focussing on getting young people involved as part of the #BeActive Campaign.
We are sharing youth coaching success stories from all-around the British weightlifting community.

The next club we are shining a spotlight on is The North London Weightlifting Club (NLWC) who are based at the Lee Valley Athletic Centre. 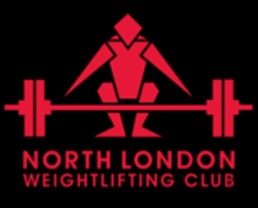 The club is run and managed by local coaches Adam Warwicker and Mike Bennett with support and guidance from Dave Kaye, who ran the successful Wood Green Weightlifting Club for over 30 years.

Below Adam explains how he set up the StrongYouth programme and how it has helped many young lifters.

"Back in early 2012 whilst I was coaching gymnastics and Kung Fu, I was studying for my UKSCA Accreditation. At around this time the UKSCA were running seminars, one which immediately appealed to me was presented by Dr Avery Faigenbaum, a professor of Paediatric Exercise Science out of The College of New Jersey. He runs a programme called StrongKid, it was an inspiring time and it made sense to me to start them as young as possible to develop crucial movement and playing skills.

In late 2013 I started my own programme out of Lee Valley Athletics Centre, I named it StrongYouth. I immediately had youths from Saracens Rugby, Latimer Rugby, and Reading Football Club attending my sessions. I ran 3 different sessions aimed at improving fitness, mobility, and overall health. Working around functional/fundamental movement patterns, one session was ‘track’ based, jumping, running, reaction and agility drills were all practiced.

My second session was around strength-based training, working on progressive strength movements such as squatting, pulling, and pressing. The third session which transformed the club into what it is and combines all movements from my previous sessions was based around Olympic Weightlifting. North London Weightlifting Club was born from this type of training, and over the years I have had a dozen youth lifters compete at the English, British, Regional, and Schools Championships where every time we have gone home with medals.

I am still training some of the same youths that started with me at day 1 who will soon be competing at Junior Nationals. I believe Weightlifting to be a necessary sport for growing youth, it fulfils their developmental needs, it builds strong muscles, strong bones, a strong mind, stimulates necessary hormones and appetite, and makes them a part of a heritage sport that has been participated in since the beginning of time which keeps the Weightlifting community strong and together.

My greatest coaching philosophy is making sure I pass something onto to the people I coach through Weightlifting, whether it be a movement, inspiration, or competitive hunger, the sport of Weightlifting is life changing and I am proud to have worked with 1000’s of individuals through the years that have been changed by it".