England Weight Lifting returned in style with the first official training camp in over 18 months being successfully held in Nottingham over the bank holiday weekend between 28-29 May 2021. 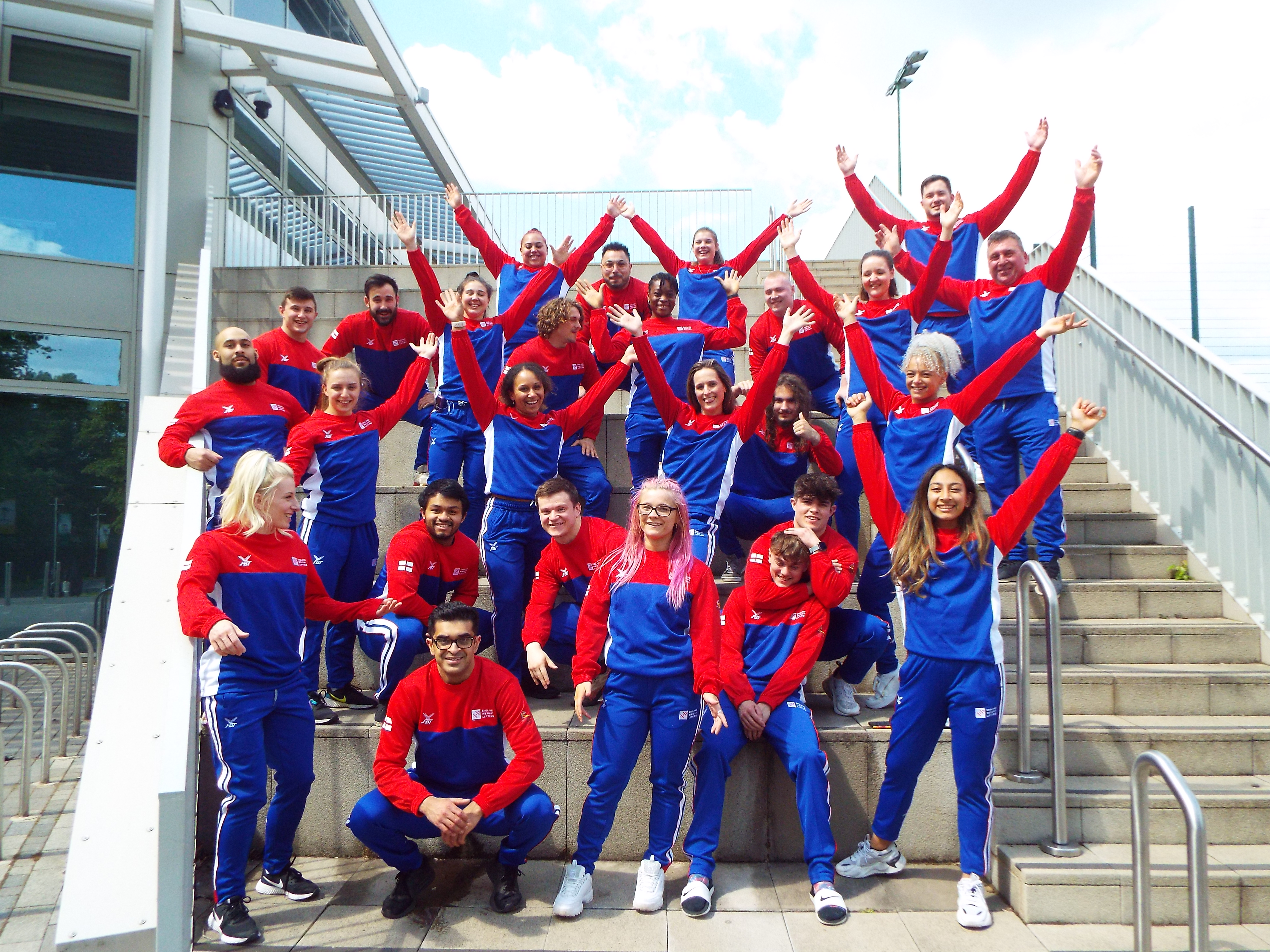 Some of the best lifters from across England converged on the David Ross Sports Village in the University of Nottingham to train and prepare ahead of the qualification cycle for the Birmingham 2022 Commonwealth Games.

Twenty-five athletes were in attendance with the group featuring a nice blend of youth and experience with familiar faces and first-time squad members too.

Among those present, were European Champion’s Emily Campbell and Emily Muskett, Commonwealth Champion Zoe Smith and rising stars such as Chris Murray and Emily Sweeney. A full list of all the athletes present at the camp is available to view at the bottom of this page.

Upon arrival, the squad were put through their paces in two mixed training sessions on Friday afternoon which were led by England Weight Lifting Team Manager Stuart Martin and National Coaches Andrew Callard and Dave Sawyer.

Following a hard day's work, the squad attended a well-earned team dinner which allowed everyone to catch up and reacquaint themselves after an extensive period away.

Team Manager Martin kicked off the evening’s proceedings by welcoming everyone to the event before BWL CEO and England Sub-Committee member Ashley Metcalfe gave a speech outlining his vision for the future.

There was also a cause for celebration as the group congratulated Jenny Tong, Emily Campbell and Olivia Blatch on their respective BWL & EWL board appointments showcasing a positive step forward in terms of athlete representation on key governance decisions.

The team then viewed a presentation exploring the history of England Weight Lifting, delivered by Competitions & Communications Co-ordinator Conner Kacperski, showcasing the decades of English international success from the sport's inception at the first World Championships in 1891 right through to the present day.

After dinner, each member of the squad was presented with an official England Weight Lifting shirt and welcomed to the team with a round of applause from everyone present. The group also received words of encouragement from Sawyer and Callard who delivered a motivational team talk outlining the journey ahead.

Day Two kicked off with a full kitting out session. The female lifters trained in the morning and the male lifters took to the platform in the afternoon with both groups putting in dedicated performances ahead of the British Senior Elite Live Championships which is an official qualifier for Birmingham 2022 and due to take place at St Mary’s University on the 26-27 June 2021.

The weekend also featured team building activities around the historic city of Nottingham as well as an interactive group brainstorming session to generate ideas towards developing a first-class squad culture, offering plenty of promise and potential for the future.

Speaking after the event Team Manager Martin said: “It was great to see the team reconnected after such a long absence due to the pandemic. Only 16 athletes can be selected for the games in February 2022, but everyone in this squad is a critical part of this team for either Birmingham or future Commonwealth Games.

"We would like to thank Sport England for the funding they have given us to maximise the team’s ability to prepare. We have a great opportunity to support each other and become the best team we can be at Birmingham 2022, this group of athletes and staff is committed to the challenge ahead and there is a real buzz around the camp for what is to come over the next 12-15 months.”