The 2019 Para Powerlifting World Cup is currently taking place in Eger, Hungary and British athletes have secured a hat trick of golds. 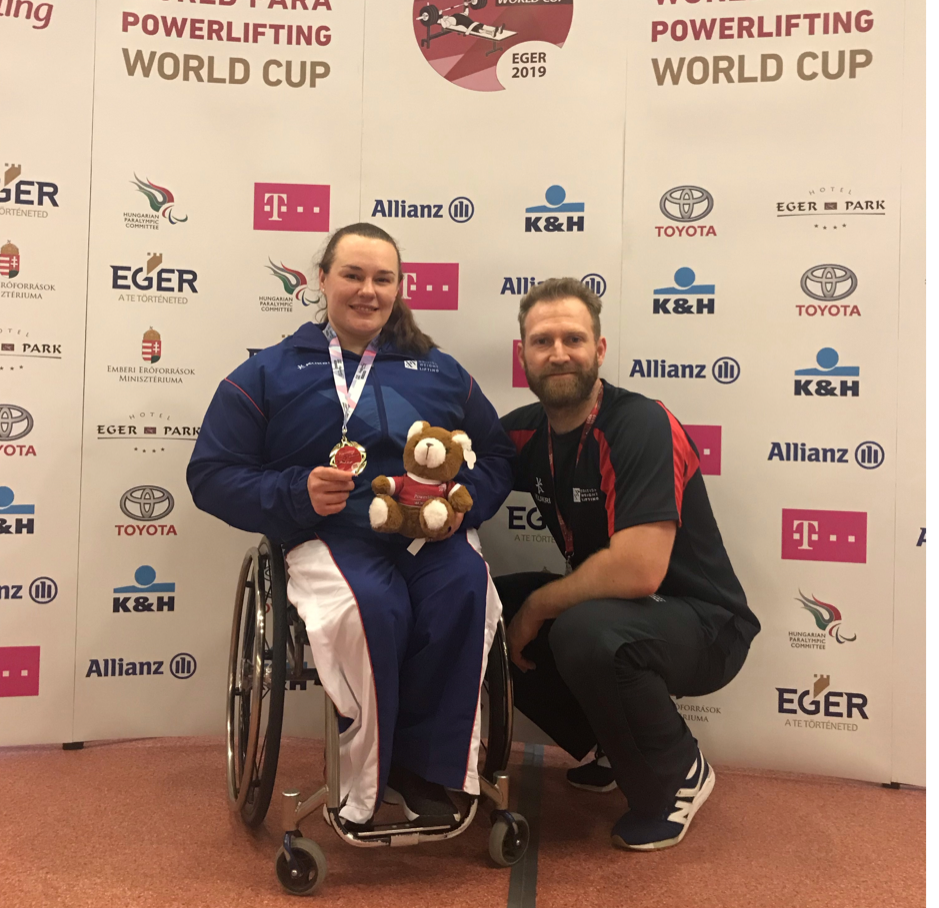 Olivia Broome was first to compete and won the women’s up to 50 senior and junior title. She pressed 94kg and was successful on all 3 attempts, recording 89,93 and 94. She successfully defended her Tokyo ranking with this 2kg personal best.

Nathaniel Wilding clinched gold in the senior men’s up to 72kg class on the second day of competition. He lifted a personal best of 180kg on his third lift after successfully lifting 174 and 176 on his first and second.

This was a 15kg personal best on his efforts at the Europeans last year and will hopefully secure him a top 8 Tokyo qualification for the near future.

Wilding was locked in a tightly-fought battle with Thailand’s Thongsa Marasri and Italy’s Donato Telesca during the men’s up to 72 kilogram competition. Marasri and Telesca were lighter and both challenged Nathaniel on this second and third attempts by matching his weight selections each time. Nathaniel was heavier and had a lower lot number so a last minute weight change was required to force other lifters out first at 179 and set up the opportunity for 180 to be the winning lift.

Louise Sugden competed yesterday and secured Gold in the Women’s up to 86kg class. She lifted 115kg on her third attempt after lifting 110kg successfully on her first attempt and missing 115kg on her second. She then got it on the third.

This propels her into 6th on the Tokyo qualification rankings and was a 3kg international pb.