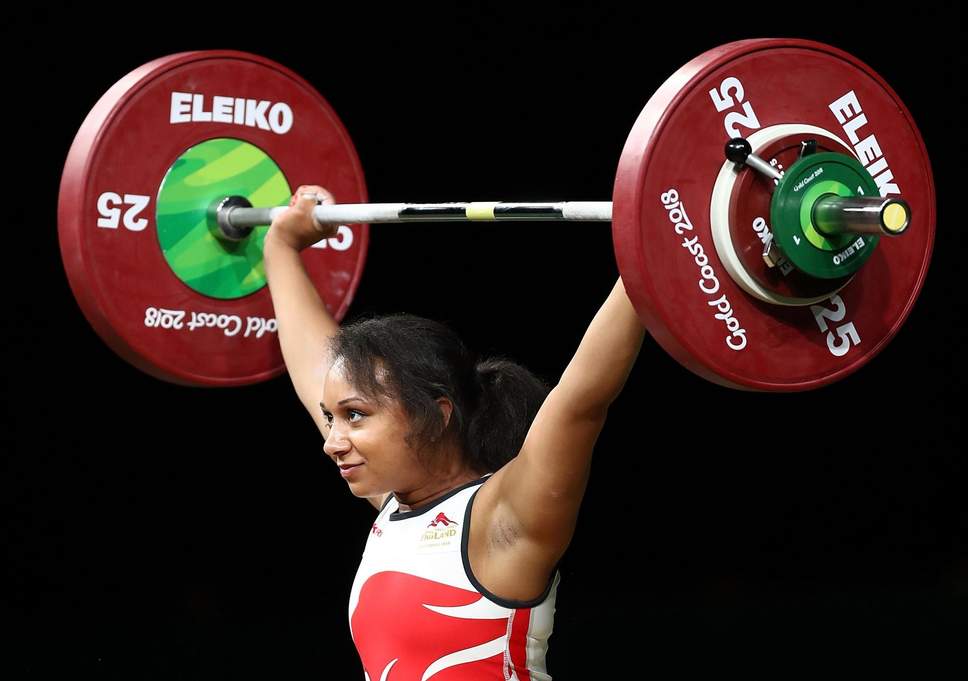 The London 2012 Olympian flew back from the European Championships in Georgia to compete at Twickenham and topped her group in Saturday Woman’s 64kg session.

Speaking about her week Smith said: “It’s been a hectic really. I think I’ve made weight twice in a week for the first time ever.

“I went to the European Championship and got my best ever result, so I’m absolutely chuffed. Then I came straight back here for BUCS this weekend to help out Loughborough and the team.”

In Georgia Smith clean and jerked 128kg which earned her a silver medal in that segment and propelled her into a podium position overall with a total of 228kg.

Upon stepping onto the platform at Twickenham, the three-time British Champion received a roaring reception from the crowd who appreciated the performance she delivered earlier this week.

Smith only attempted one lift in each stage of BUCS, but both were good enough for her to win by a margin of 22kg over her nearest rival.

She snatched 80kg and then went on to clean & jerk 105kg. These lifts allowed Loughborough to take maximum points in that category and take the title with a score of 83 points.

Despite taking to the platform twice this week Smith already has her sights set on her next major event.

“We’ve got the British coming up which will be very exciting,” she said.

“It’s going to be an international event this year so we are going to see if we can raise our game to that kind of level.

“After that hopefully I can qualify for the World Championships which will be another Olympic qualification event, so I am just going to try and keep chipping away. Obviously, the goal is Tokyo, so fingers crossed really.”