Round Up Of The Northern Irish Championships 2017

Last weekend saw the return of the Northern Irish Championships in Belfast which saw the best Northern Irish lifters compete for the title along with English athletes lifting to boost their Commonwealth selection possibility. 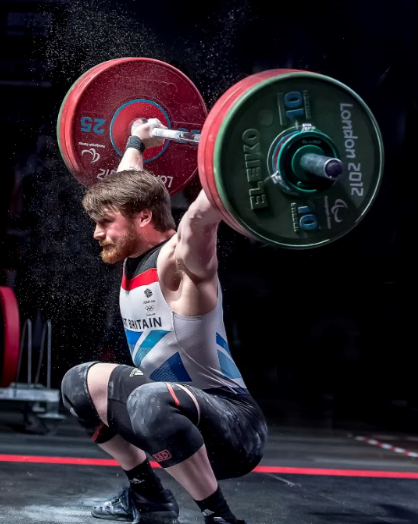 In the W48 class, Triona Quigley took the gold with a first-place finish in the snatch and clean and jerk, leading to a 130kg total. Amongst the English lifters, 21-time British champion Jo Calvino pulled out of the competition due to illness whilst Kelly-Jo Robson ended with an impressive 150kg total.

It was a close battle over in the W58 class between Jindara Scott and Chloe Fleming, with just 2kg between both lifts, leading to Jindara taking the gold with a 4kg lead over Chloe.

One of the most competitive categories of the weekend was the W63, where we saw some remarkable lifts, this group included the likes of Emma Mcquaid, Bobbie Ross, Sarah Davies and Zoe Smith. Emma Mcquaid took the gold for the W63 with a 175kg total, beating the rest of the Northern Irish field by a staggering 40kg. Amongst the English lifters, with 6 successful lifts including an 82kg snatch and 100kg clean and jerk, Bobbie Ross ended the competition with a 182kg total. The battle then began between reigning British champion Sarah Davies and 2014 Commonwealth Games gold medallist, Zoe Smith. Both starting the snatch at 90kg, Zoe got a successful lift whilst Sarah narrowly missed her first attempt. Zoe then went on the snatch 93kg, prompting Sarah to move up to 91kg, but again missing her lift. Zoe missed her final lift of 95kg as Sarah got a successful 92kg, good lift. After an unfortunate 3 no-lifts, Sarah ended her competition on the snatch whilst Zoe went on to finish the clean and jerk with a 121kg lift. With the Commonwealth Games finial selections taking place over the next few weeks, the results over the past year will make for some tough decisions.

Rebekah Thompson took first place in the W69 class after a 71kg snatch, an 88kg clean and jerk and 159kg total, in second place was Ashleigh Smyth who finished her competition with a 143kg total after 6 successful lifts.

In the W75 class, Colleen Sloan took first place with a 94kg total. In the W90 class, Ashleigh Black won her category with a 126kg total. Amongst the English lifters, Kathleen Spears and Emma Collins-Jones both ended with a 174kg total. Emma took the snatch with 84kg and Kathleen taking the clean and jerk with 96kg.

In the W90 class, Claire McLarnon ended her snatch on 72kg and clean and jerk on 95kg, leading to a 167kg total and taking first place in her category. Whilst English lifter and British U23 champion Mercy Brown did not score a total after missing all three clean and jerk attempts, this will lead to a very tough selection between her and reigning British champion Emily Campbell.

Over on the men’s side of the competition, Adam Crook took gold for the M62 class with a 135kg total, whilst English lifter Haroon Siraj missed all three of his clean and jerks to miss out on a total for the weekend.

Stirling Hall beat Michael Morrissey in the M69 class by 14kg, taking the title after lifting a successful 76kg snatch and 100kg clean and jerk. English lifter Chris Freebury finished on an impressive 254kg total in the M69.

The stacked M85 class saw 22-year-old Lewis Knox take the gold with just 3 successful lifts but a great score of 270kg on his total. On the English side of the competition, Liem Bui-Le edged the competition by just 1kg, ending his lifts with a 271kg total.

After just 3 successful lifts, Stephen Forbes won the M94 class with a 280kg total, beating the rest of the field by a staggering 69kg. Maciej Rotko took second place and Abe Carpenter third.

With a 100kg snatch and 125g clean and jerk and 6 successful lifts, Andy Gausden took first place in the M105kg whilst Cameron Montgomery took the M105+ with a 235kg total. On the English side of the M105+, Commonwealth number 1 ranked English lifter, John Hanna pulled out of the competition due to a longstanding knee injury after an astounding 201kg clean and jerk attempt. Whilst 2014 Commonwealth Games bronze medallist Ben Watson went onto finish his competition with a huge 342kg total after 5 successful lifts.

Over on the youth side of the competition, Golift youth lifter Michael McCorry won the boy’s under 11 class with 64 points, Reid McSharry took 2nd and Stewart Reid took 3rd. In the boys under 13 class, Logan McSharry took gold with 56 points, Ricky Doherty 2nd and Ryan Love 3rd. In the girl’s groups, Rosie Jennings scored 60 points to take first place and Veronica Boyle took 2nd with 54 points in under 11 class. Sheildy Flemming scored an impressive 70 points in the under 13 class to take the gold in her group.