Today marks two years since the England Weight Lifting Championship were last held. While there have been other English events in-between with the England Grand Prix and Age Group Championships, we thought we would revisit the January 2019 title event ahead of the upcoming England Virtual Championships next month. 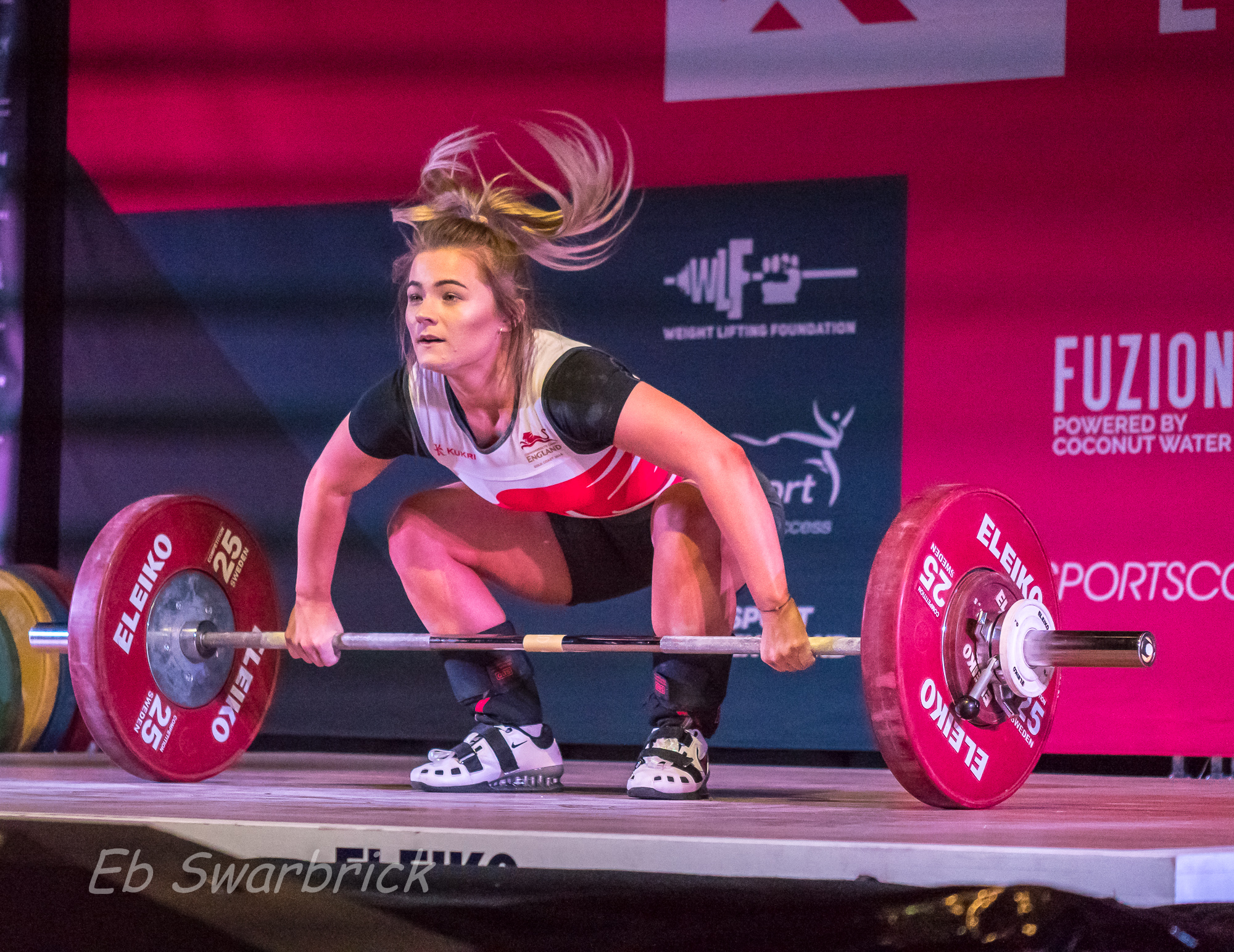 The 2019 competition started off in style as records tumbled at the England Weight Lifting Championships in Milton Keynes.

Stantonbury Theatre played host to a spectacular celebration of the sport as athletes from across the country came to perform in front of a near capacity crowd.

Commonwealth Games Silver medallist Emily Campbell gave the audience something to cheer by setting a new British standard in the W87kg+ class.

She snatched 114kg then clean and jerked 140kg to finish with a winning margin of 100kg.

Meanwhile, Cyrille Tchatchet II produced the heaviest total of the weekend, a feat he accomplished on the last lift of the competition.

The Middlesex University lifter smashed the English snatch standard by lifting 150kg in the M96kg category and then set a new British clean and jerk record with an incredible 190kg effort.

There was also surprise in the M73kg group as Jonathan Chin outscored Chris Freebury by a single kilogram to deny the veteran a 5th consecutive English title.

Freebury snatched 11kg more than Chin but the latter was able to overturn the margin after the interval to claim his first title.

The W76kg category was also just as close as Emily Pursehouse posted a total of 179kg to edge out Oakland’s Emma Collins-Jones by just 1kg in the end.

2018 British Champion Chris Murray made a storming start in the M81 class by snatching three in a row. However, he almost suffered a scare in the second stage of the competition.

Murray missed his first two clean and jerks but saved his best till last to end the day on a total of 297kg which was well clear of the field in the end.

Hannah Powell also found herself in a similar situation. The Welsh lifter competed as a guest in the W45kg class and hit three out of three lifts in the snatch but missed her first two clean and jerk attempts.

However, she rallied around on her final attempt and secured a total of 140kg to set a new British record and meet the qualifying standard for the European Championships where she would go on to finish sixth overall and just one kilogram off a medal position in the clean and jerk.

A table of England Champions from the January 2019 event is available below.

Don’t forget that the Virtual England Championships are taking place next month between 8 - 15 February.

The competition has no entry totals and is designed for everyone who has equipment at home and is able to take part safely and in accordance with national guidelines.

The event also serves as the first test for elite athletes who submitted a declaration of interest for the England Weightlifting Squad which is being assembled ahead of the Birmingham 2022 Commonwealth Games.

You can find out more information on the Virtual England Championships here.

For those who are unable to take part, don’t worry as more virtual events are planned for later in the year.