The virtual British Championships has closed with a massive 424 entries.

It was hoped that the competition would provide a fresh focus to get lifters back in their clubs and training towards a national event. No qualification requirements were set meaning that any member of British Weight Lifting could take part.

Judging will now take place, with entry videos shared out amongst BWL licenced Technical Officials. The results will be published no later than Tuesday 20 July. 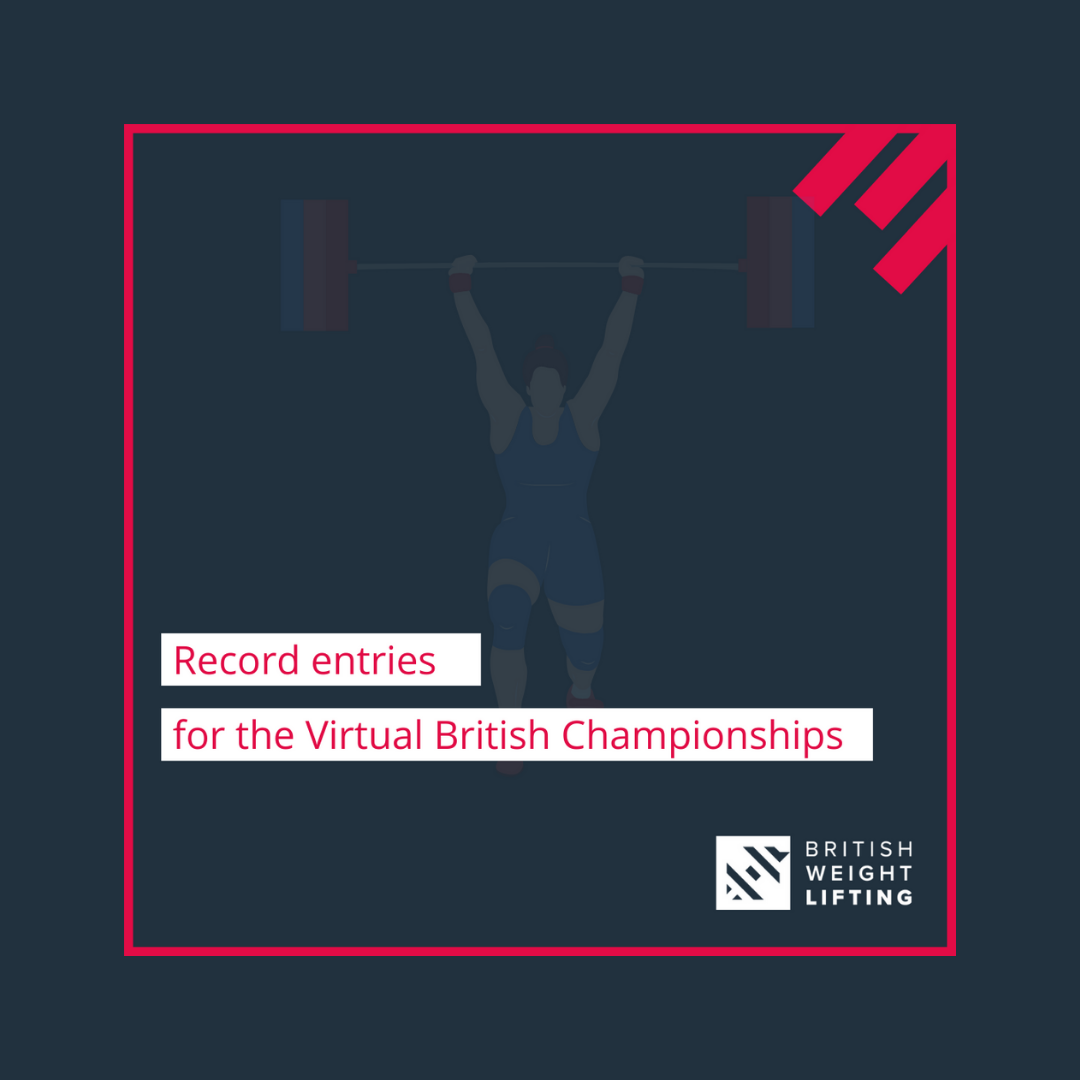 The virtual British Championships has followed quickly after the first physical competition since the start of the pandemic. British records were obliterated at St Mary’s University Twickenham which was held on 26 June as a Commonwealth Games qualifier for Birmingham 2022 and featured 80 elite athletes from England, Scotland, Wales, Northern Ireland and Gibraltar.

Ashley Metcalfe, BWL CEO has commented: ‘“The virtual and physical British Championships have been our most successful competition to date with a record number of lifters taking part. At Twickenham we saw a number of British records broken, which was no mean achievement after such a lengthy period without competitions. I now look forward to seeing the results of the virtual entries.”

“British Weight Lifting would like to congratulate each athlete who took part and also thank all the Technical Officials for helping to judge the lifting. We look forward to seeing everyone at national events in the future.”