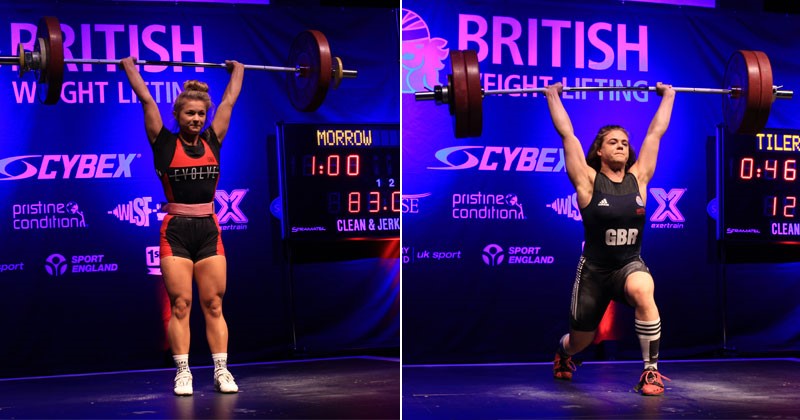 Competing in the women’s 69kg category, the 18-year-old put in a fantastic performance in what was only her second major competition since finishing tenth at last year’s Olympic Games in Rio.

Opening with 96kg in the snatch, Tiler secured 99kg, followed by 102kg – 2kg more than her best lift at the European Senior Championships in April – to finish the discipline in third place, just 1kg behind Russia’s Aleksandra Kozlova in second place.

In the clean and jerk, Tiler achieved 120kg in her first lift, before successfully clearing 123kg. She then narrowly missed an attempt at 127kg to finish the competition with a total of 225kg and second place overall.

First place went to China’s Chuwei Yi (230kg) whilst Ukraine’s Hanna Panova finished in third with a total of 223kg.

Teammate Fraer Morrow was also battling it out in Tokyo; competing in the women’s 53kg category, Morrow set a new British record with a total of 164kg to finish in ninth place, in what was a very competitive field and a promising performance from the reigning British and English Champion.

Next up for Tiler and Morrow is the British Weight Lifting Championships, where both will be vying to retain their 2016 titles. Taking place on Saturday 15 – Sunday 16 July at the Ricoh Arena in Coventry, the two-day competition will see more than 170 lifters across 16 categories compete in what is the sport’s biggest domestic competition and a qualifying opportunity for the 2018 Commonwealth Games.

The Para-Powerlifting competition will also return on Sunday 16 July where Rio 2016 silver medallist Ali Jawad will return to competition to defend his British title.

For more information and to buy tickets, visit www.bwlnationalchampionships.co.uk.