This weekend will see some of the biggest names on the UK domestic weightlifting scene taking part in the England Weight Lifting Championships in Milton Keynes. 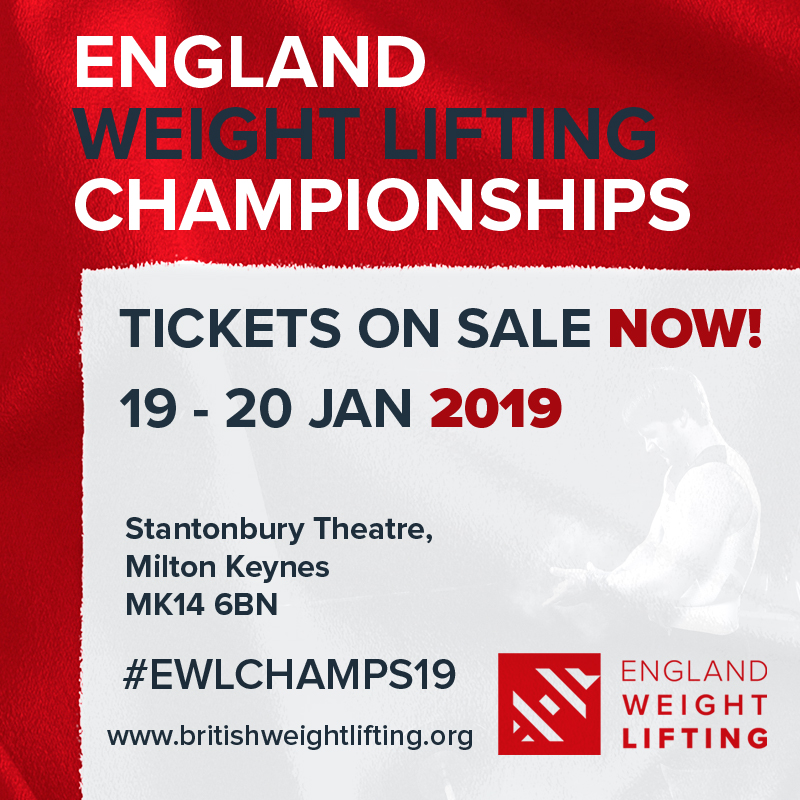 The event is the first national competition to feature the revised weight categories following their introduction last October.

World No.17 Emily Campbell is attempting to win her third consecutive England title by entering the 87kg+ category.

The Commonwealth Games bronze medallist was the highest ranking Team GB athlete at the World Championships in Turkmenistan in November and will be hoping to carry forward that momentum into the England event.

Fellow Word Championship competitor Amy Williams is also set to compete this weekend. She won the 53kg class in 2017 and has decided to compete at 55kg this year.

Meanwhile in the 49kg category Noorin Gulam will be looking to add another England title to the one she won in 2014. Last year she finished 9th in the European Championships.

In the Men’s 81kg competition Chris Murray is favourite to build upon his successful win last year. He has event entry total of 298kg which is 20kg clear of his nearest challenger.

Alongside the Senior event British Weight Lifting are also holding Weightlifting competitions for Master’s lifters over the age of 35 and Development Groups for Under 10’s and 12’s.

They will be competing over two days in parallel to the main event.

Tickets are still available to purchase here, please note that on the day sales will be limited and are subject to a price increase.

A schedule and start list can be found here